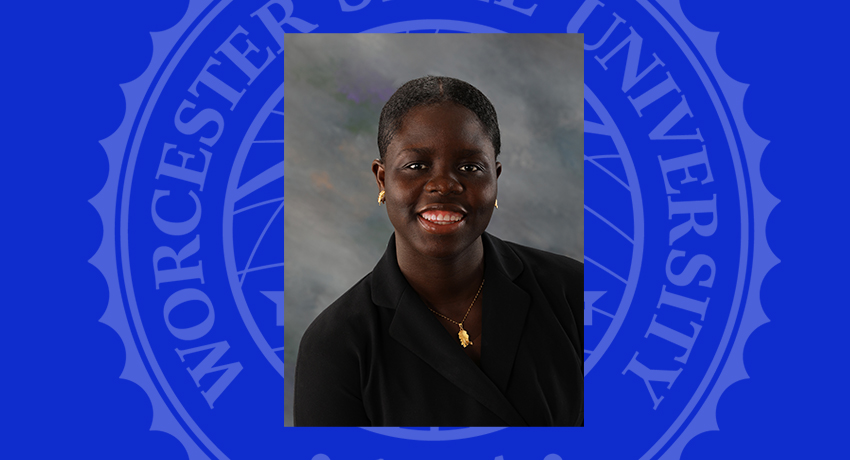 Anna Johnson ‘22 learned time management skills when she enrolled in the Alternatives for Individual Development (AID) summer program at Worcester State in 2018.

“That really helped me a lot,” says Johnson, a sociology major with a prelaw minor. “It taught me how to juggle my academic work with all the activities I’m interested in.”

Her list of activities and achievements since then is an impressive one. She is chair of the Third World Alliance, a Presidential Student Ambassador, and the current student trustee on the Worcester State University Board of Trustees.

She also has worked with the 100 Males to College program and the Early College program as a mentor, served as a student senator at large for two years and was an intern with Model United Nations Greater Boston for the past two years.

She has a twin brother, Andy Johnson ‘22, a public health major at Worcester State. “He’s also active but a different kind of way,” she says. “He’s a mentor in the sciences and does a lot of low-key science kinds of things.”

Johnson was born in Liberia but grew up in Ghana after her parents fled there to escape the brutal Liberian civil war. When they were 17, she and her brother came to Worcester to live with their grandmother who had been here since 2006.

“When we came here, we were juniors in high school,” Johnson says. “We had to take the MCAS our first day at school to catch up because most students take it when they’re sophomores in high school, but we passed on the first try so that was something.”

Her first encounter with Worcester State came when her brother enrolled in 100 Males to College, a program that promotes post-secondary education by allowing high school students to take college-level classes.  “My grandmother and I went with him the first day,” she says. “I really wanted to do the program, too, but it was only for males.”

Her brother’s dual-enrollment course for the following semester was slated to be English 101. Johnson wondered if she could also somehow also sign up for it. She went to the Education Department office to ask about it, and Johnson Charity Duncan, a clerk in the office, encouraged her to set up an appointment with Raynold Lewis, Ph.D., associate dean of the school of education, health, and natural sciences.

“Dr. Lewis talked with me about the class and had me fill out an application,” she says.  Lewis also spoke to her about applying to be a full-time student at Worcester State after her upcoming high school graduation and referred her to Laxmi Bissoondial, assistant director of multicultural affairs. “Laxmi helped me fill out my financial aid forms and talked to me about all the options for me at Worcester State,” Johnson says.

Worcester State was among many schools Johnson received acceptances from. All of them offered financial aid, but she chose Worcester State because of the supportive relationships she had developed among faculty, staff, and administrators.

“I knew Worcester State had people that believed in me,” she says. “They really do care for students and it was easy for me to relate to people in the Office of Multicultural Affairs and Dr. Lewis because these are people of color and as a student of color, I need that support and to know that I had those people and offices on campus that I could turn to.”

Johnson enrolled as a full-time first-year student in the fall of 2018, and participated in the AID program leading up to the start of the school year. She immediately discovered activities that were meaningful for her and people who could help her focus her interests, including Joanne Jaber Gauvin, assistant director of the Urban Action Institute.

“Joanne is a very friendly person who reached out to me and I ended up helping her with the Hunger Table at the Sustainability Fair,” Johnson says. “That’s how I got involved with hunger outreach, which is something that I’m very passionate about.”

That first semester, she also I had the opportunity to work on a fashion show being put on by the Third World Alliance as part of a multicultural event. “I’m also really interested in fashion, so TWA handed me the entire fashion show as a freshman which I thought was a really big honor,” she says. “I worked really hard on it with Gertrude Addo of the Multicultural Affairs Office, and after seeing how well the fashion show and the whole multicultural event turned out, I became more involved with TWA. I saw that they not only brought out the leader in me, they also brought out new skills I didn’t really know that I had.”

One of the many ways Johnson uses those skills is for increasing awareness of homelessness and hunger among college students. “Regardless of how many scholarships you get, there are still inequalities some students face that are overlooked,” she says. “A lot of people don’t think that college students could be going hungry or be homeless and living in someone’s car because they can afford tuition, but that’s a myth. Tuition keeps getting higher and higher and there are more and more students in need, and that’s something worth bringing awareness to.”

Johnson also participates in many events aimed at promoting diversity and inclusion at Worcester State. “I do a lot of work around bringing awareness to Black culture on campus and bringing awareness about racism and microaggression ,” she says. “I’m trying to help make sure that the climate on campus is diversified and that everybody is included and that every student’s voice is being heard no matter who they are.” 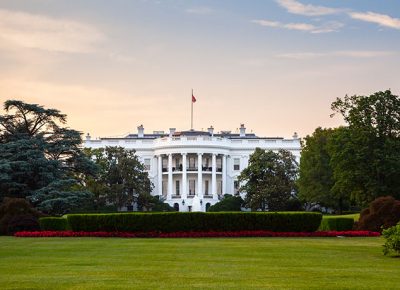 How does the current presidential-election chaos affect communities of color? What’s really going on with the much-discussed Latino vote? How do you respond when confronted with racism in . . .