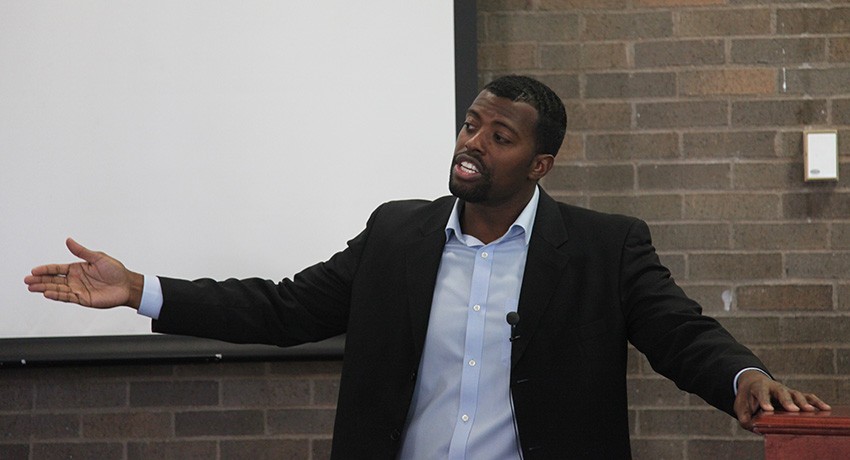 Rob Smith, who served in the U.S. Army for nearly five years as a tank driver and infantry rifleman, shared his story of being a “closeted” gay man in the military as part of Worcester State University’s Diversity Lecture Series on Monday, November 5.

Smith was deployed to Kuwait and Iraq before being honorably discharged, eventually earning the Army Commendation Medal, Expert Marksmanship Award, and the Combat Infantryman Badge among others

After discovering his sexual orientation while serving, Smith said that he chose not to re-enlist due to the added pressure of living under the Don’t Ask, Don’t Tell (DADT) policy, which previously barred gays and lesbians from openly serving in the military.

After becoming involved with the effort to end DADT, including being arrested with 12 other protesters at the gates of the White House, he was a guest of President Barack Obama at the Department of Interior signing of its repeal.

Smith also said that some homosexuals who were discharged under DADT have returned to military service.

A sought-after writer and cultural commentator, Smith’s work has appeared in CNN.com, The Huffington Post, Salon.com, USA Today, and Metro Weekly among others. In June 2012, he made his literary debut as a contributing author to “For Colored Boys Who Have Considered Suicide When the Rainbow Is Still Not Enough,” an anthology book featuring the writings of gay men of color. 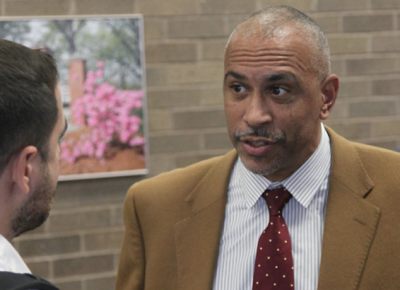 Combine strict use of standardized tests, rote learning methods, and poorly funded schools, and we end up with bored kids who are more likely to drop out of high school or to be unprepared for . . .