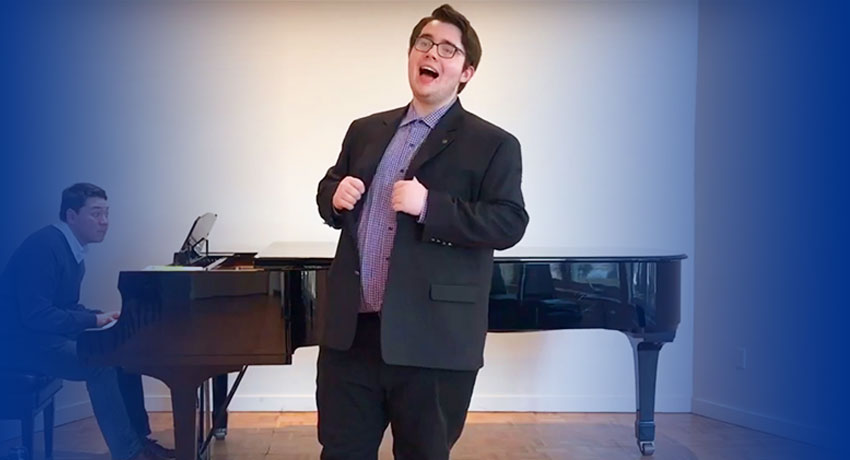 “I’ve had the joy of working with Ryan for the past three years at Worcester State,” says Music Professor Julie Krugman. “He is such a talented and driven musician and actor and is well deserving of all the accolades he has received this year. As a VPA student with a concentration in theater, all of our music lessons have focused on Broadway songs and I think it has really paid off for him.”

Finneran-Gallagher competed at The New England Conservatory in Boston in early March for the Massachusetts title in the College Musical Theater Division. After Boston, Finneran-Gallagher participated in the online New England region competition. The local singer submitted video performances of the following four songs accompanied by Music Professor Jonathan Yasuda:

Finneran-Gallagher now joins approximately 70 semifinalists from throughout the country who will be judged online for a spot as one of 16 National Association of Teachers Singing Competition national finalists.

As he advances in the NATS competition, Finneran-Gallagher says that he appreciates the experience as he builds his resume for a potential career in singing in theater productions. He says he is ready for the next round.

Two of Finneran-Gallagher’s audition songs are available on the following links: 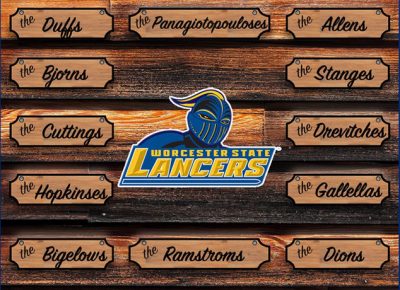 Looking down the rosters of Worcester State University athletic teams, you’ll notice a lot of patterns. Business administration, criminal justice, and education majors litter each of the 20 . . .