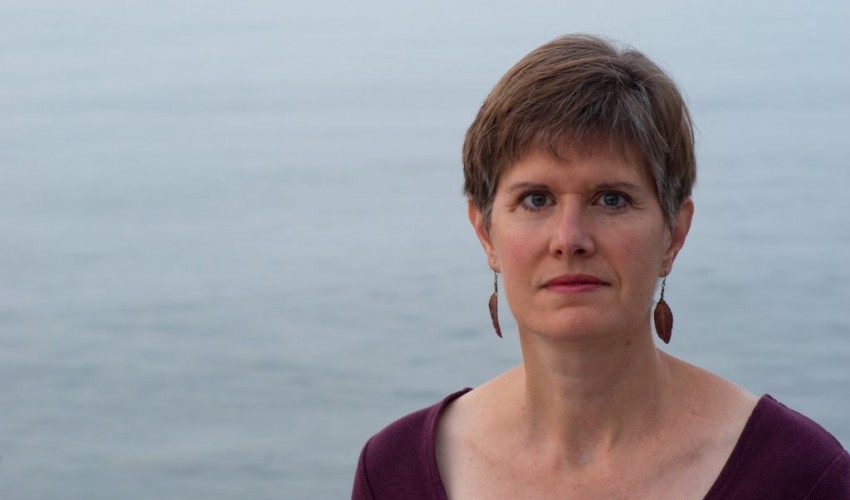 Sandra Steingraber offered the Worcester State community her story about using civil disobedience to protest fracking practices at a well-attended lecture at the end of February.

Steingraber is known for combining scientific rigor and personal experience to explore the impacts of industrial society’s toxic byproducts on complex biological and ecological systems, including human bodies (for which she coined the term “toxic trespass.”). An engaged audience asked her questions at the end of the talk, and she signed copies of her book.

Steingraber is a leading moral voice in the climate justice movement and recently engaged in civil disobedience to fight fracking in New York and nationwide, which she discussed with Bill Moyers.

Steingraber authored the 2011 book, Raising Elijah, as well as Living Downstream: An Ecologist’s Personal Investigation of Cancer and the Environment (1997) (also a film, 2010); and Protecting Children in an Age of Environmental Crisis (2011).  Her honors include: Ms. Magazine Woman of the Year and Jenifer Altman Foundation’s Award for “the inspiring and poetic use of science to elucidate the causes of cancer.” She has appeared on National Public Radio, “The Today Show,” and “Good Morning America.”

Her talk was offered as part of Worcester State University’s theme semester, “Doing Right in a Complex World.”

Worcester State University student-on-leave Sam Alves, 25, of Clinton sang his way to first place in “The Voice Brasil” competition last fall. His road to the top took some twists and turns—and . . .