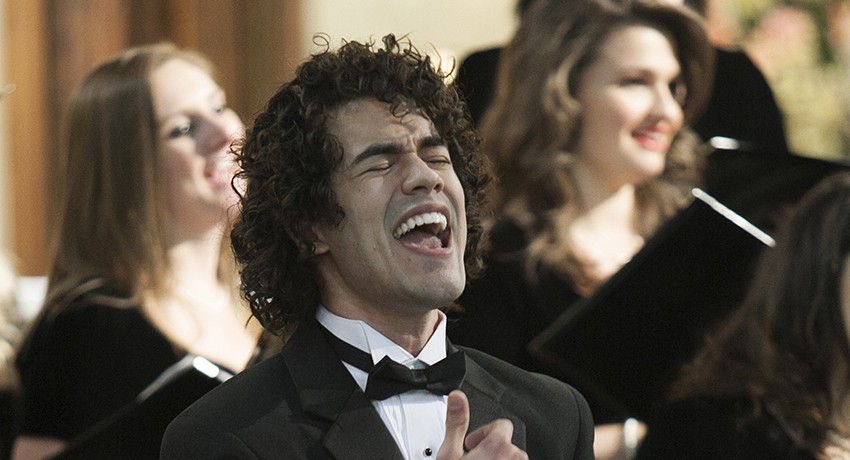 Worcester State University student-on-leave Sam Alves, 25, of Clinton sang his way to first place in “The Voice Brasil” competition last fall. His road to the top took some twists and turns—and along the way, he says, some critical support was provided by Worcester State, where he pursued an undergraduate degree and sang with the WSU Chorale.

Alves’s journey took a challenging turn when he competed in the fourth season of the U.S. TV reality show “The Voice,” which premiered in March 2013. He passed through many rounds of tryouts before performing on stage in Los Angeles in front of the four celebrity judges. Unfortunately, none of the judges turned their chair around to select him for their teams, so he failed to make it to the competitive televised rounds. One of the judges, Colombian pop singer Shakira, expressed that she regretted her decision with Alves.

This setback did not stop Alves from pursuing his dream. When he returned to Worcester State University, he switched his major from pre-med to visual and performing arts with a concentration in music. He worked with his voice coach to prepare himself for his next try at what he loves. Alves returned to his home country of Brazil to try out for the second season of “The Voice Brasil.” All four judges turned their chairs around at the blind audition, and Alves chose pop singer Claudia Leitte as his celebrity coach. In late December 2013, he won the competition with 43 percent of the 29 million votes casted by performing “Hallelujah” in English and in Portuguese.

Along with his newfound fame, Alves received a cash prize and a recording contract with Universal Music. While he started in church and with Christian music, Alves said he is focusing on radio play and pop music now. Alves humbly thanked those who helped him accomplish his dreams, including people he met at Worcester State University, through a Facebook post on January 1. He said, “I want to thank Worcester State University, and the WSU Chorale and its members for giving me the foundation I have today in music, and for cheering me on all the way. Special thanks to Christie Nigro, a dear professor, mentor, director, and adviser of mine for believing in me, and for giving me numerous opportunities to grow and learn in music. I have great respect for her and what she does.”

This article was written by Ann-Marie Zinkus, a student at Endicott College who was an intern in Worcester State University’s office of campus communications during the 2013-2014 winter break. 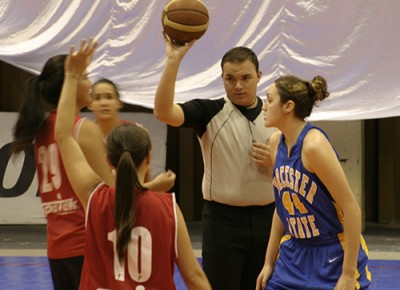