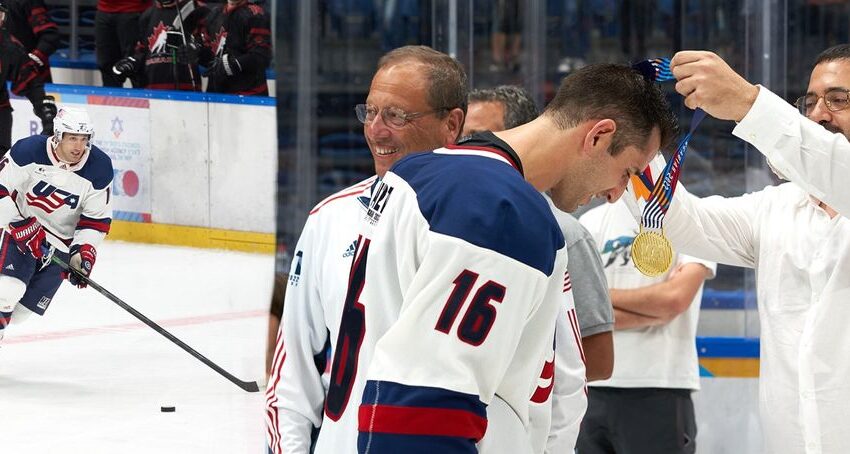 Most athletes never get the chance to play internationally, let alone represent their countries while doing so. It’s an honor that few ever have the chance to achieve. For senior Max Roth, this is nearly as far from the case as one can get. This summer, Roth was selected to represent Team USA at the Maccabiah Games in Israel, an event that runs every four years and is open to participants of Jewish faith from around the world and Israelis of any faith. The gathering of U.S. athletes at this year’s event topped at out a number equal to the U.S. delegation at the past Summer Olympics games, making it one of the most widely attended sporting events of 2022. 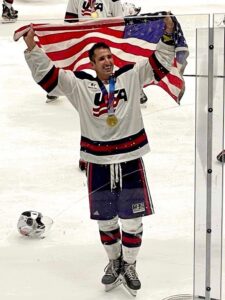 The Games ran from July 12 to 26 with a number of athletes arriving prior to the games to participate in a week-long immersive cultural experience. The Maccabiah Games is a celebration of Jewish unity, culture, and heritage through world athletic competition. This year Israel hosted the 21st Games with over 10,000 Jewish athletes from 80 countries, one of whom is Max Roth and his Men’s Ice Hockey team. The U.S. delegation emphasized the cultural experience of this opportunity, arranging for their athletes to attend a one-week immersive experience called Israel Connect, where, for one week before games begin, athletes travel to historical, religious, and cultural sites around Israel ranging from shuk markets to the Dead Sea to the Western Wall.

The trip that had the largest impact on Roth, though, was the visit to the Holocaust Museum in Jerusalem. In speaking about the visit, Roth could not help but think back to his ancestors. “If they could see what is happening now at the games and see the Jewish community coming together to honor and celebrate their religion, to see what came from their passing.” There were so many impactful moments for Roth from the trip, but being able to connect with the past and understand the culture of this community was just one piece of this once-in-a-lifetime experience.

The experience only became more memorable as the opening ceremonies began, with President Joe Biden in attendance to cheer on the 1,400 athletes, the first time an American president has attended the Maccabiah Games. President Biden had a few words for the delegation and their participation at the Games: “I’m so damn proud of you. . . . God speed, and go get ’em, guys.” Biden met with a number of the competitors at the games. Roth joked, “I guess I was not cool enough to meet with him personally.”

Once the Games were under way, Roth and his teammates had limited time to support other programs, such as the inaugural program for Women’s Ice Hockey, but he did speak of his enjoyment in going to see the U.S. Wheelchair Basketball Team, which ended up coming home with the silver medal, and Olympic Weightlifting. His biggest regret was not being able to witness the Israel National Volleyball Team who was participating.

The Pais Arena, typically a basketball stadium in Jerusalem, received donated ice from the NHL Winter Classic to go from court to rink. It may have been the slight feel of the “home” ice under the blades, but while Team USA faced tough competition throughout their five games of the tournament, they captured the gold medal with a 5-1 victory over Canada. In the semi-final game versus Team Europe, made up of predominately Hungarian and German skaters, Roth scored a goal and was a vital presence on the ice, being named “Player of the Game” at its conclusion. Sara Kooperman, Roth’s mother, stated, “I’m one proud mom! It was an exciting tournament and a testament to athletics being a way to continue the motto ‘We are all in this together.’” The victory marks the first time this century that the United States has captured the title—something Roth says “was one the greatest experiences.” 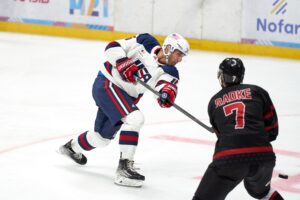 This life-changing experience has fueled Roth’s desire not only for success this season with the Lancers but for one of the Games’ primary missions: to establish a deeper connection with the Jewish faith. “Having been raised Jewish by both my parents, I had a bar mitzvah which was pretty important to me . . . and once I started playing junior hockey, I did not feel the most connected with my religion. Going to Israel really brought me back to my religion. Going to the Holocaust Museum and knowing I had family members that were there was emotional,” Roth said of his experience. “Playing here and participating really brought many things into perspective.” One of the Maccabiah Games’ major focuses is on bringing the world together through sports as a way to bring Jewish people of all ages closer to Judaism and Israel.

“Congratulations to Max on winning the gold medal. Representing your country is quite an honor, and winning a gold medal is very hard to do,” said Roth’s head coach at Worcester State, Bob Deraney. “What a year for this terrific young man! He deserves all the accolades he received this year, and what a great way to cap off this season! You can’t help but be excited for his future next year, on the ice, in the classroom, and beyond!”

Roth will return to the ice with the Worcester State men’s ice hockey team this season, just a bit more gold than he was before. Fans will next be able to see Roth, the first gold medal winner at Worcester State, and his Lancer teammates in action for a currently scheduled scrimmage on October 18. 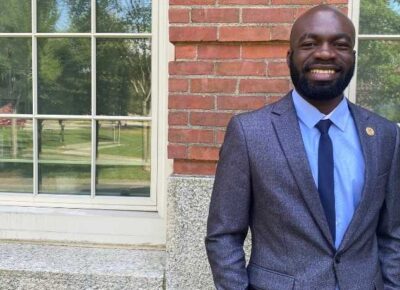 Time and again Charles Bray has seen the power of generosity—expected and unexpected—to transform lives. When his family came to Massachusetts from Ghana when he was 10, a community of people . . .