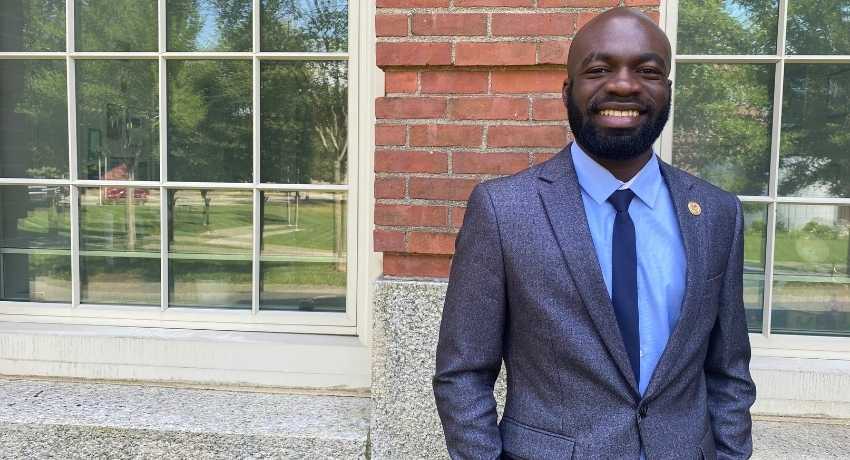 Time and again Charles Bray has seen the power of generosity—expected and unexpected—to transform lives. When his family came to Massachusetts from Ghana when he was 10, a community of people stepped forward with support. Through his college years at Worcester State, Bray gave of his time and talent to teach children at May Street School about friendship, organize activities with the Special Olympics, and work with Latino men in recovery from substance use disorder at the Hector Reyes House.

This spring, he graduated with a degree in biotechnology and a concentration in pre-med and is looking at graduate programs in neuroscience and medicine. As he considers what’s next, he is sure of one thing: “I want to be able to be generous with my gifts and strengths.”

For his tremendous commitment to civic engagement and his promise as a future leader, Bray has been selected as Worcester State University’s honoree for 29 Who Shine, a State of Massachusetts awards program recognizing 29 outstanding graduates from the Commonwealth’s public higher education system. This award is given to only one Worcester State student each year.

“I have been privileged to know Charles through his many activities as an undergraduate, and Worcester State University is better because he is part of this community,” said President Barry M. Maloney. “Through his service, leadership, and high academic achievement, Charles embodies the spirit of 29 Who Shine, and we are thrilled he is this year’s Worcester State honoree.”

During his time at Worcester State, Charles was heavily involved with Enactus, the world’s largest socially innovative experiential learning platform, and the Community Leadership Experience at Worcester State (CLEWS), the University’s premier community service and service-learning program. Charles was also a Presidential Student Ambassador, a resident assistant, and a member of the Christian Fellowship Club.

Through Enactus, Charles led a culturally informed financial literacy program for Latino men recovering from substance use disorder at the Hector Reyes House in Worcester.  The goal of this program is to bring literacy in basic financial topics to individuals at risk of relapse and to help each individual develop skills that will support their long-term recovery. During his time with the Hector Reyes House, Charles has graduated 60 men from the program.

“I learned a lot by teaching adults who have had rough patches in their lives and are trying to find a better path,” Bray said. “It was a nice human connection. We gave them certificates we made ourselves, and it meant so much to them.”

Recently, Charles participated in a service trip to New York City with President Maloney and Charles’ mentor, Professor Mark Wagner, where he engaged with children from Mt. Pleasant Christian Academy. On campus, Charles has worked to advance social and racial justice, engaging in multiple town forums to advocate for his peers who have experienced some form of hate or discrimination. He has also been involved in activism on campus about social justice and equity issues, most recently a campus-wide Unity Walk.

Nominated for the 29 Who Shine by Wagner and PSA Graduate Student Coordinator Deanna Dalli, Charles is also the recipient of a Civic Corps Scholarship from the Honorable John J. Binienda Center for Civic Engagement.

“From the start, Charles Bray struck me as intelligent, a good listener, and someone who lives with an attitude of gratitude,” said Wagner. “I have greatly enjoyed working with him during his time at WSU, and I look forward to hearing from him as he moves with grace through his life.” 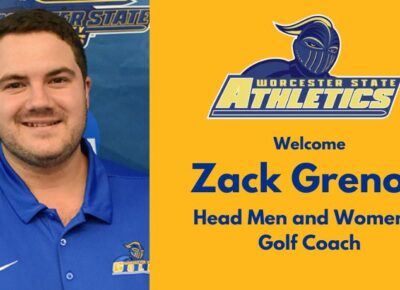 The Worcester State University Department of Athletics is pleased to announce that 2020 alumnus Zachary Grenon has been named the head coach of the Lancers men’s and women’s golf programs. Grenon . . .