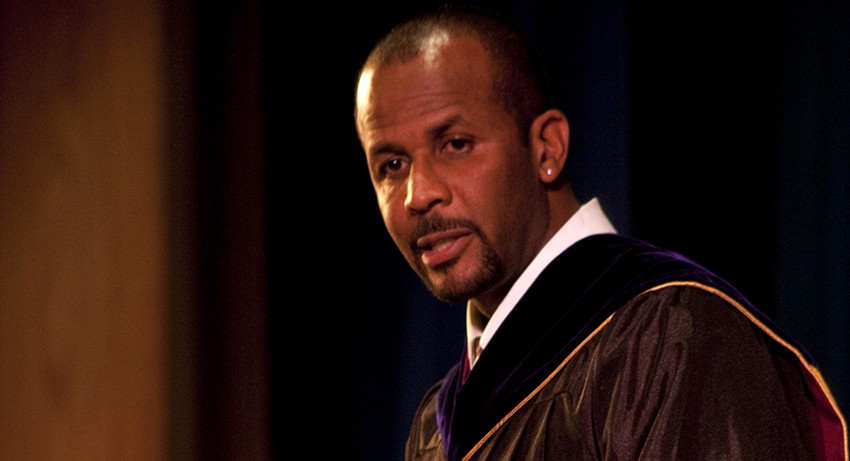 Seniors Encouraged as They Enter ‘Victory Lap’ at Capping

The Worcester Sate College senior class was celebrated and offered encouragement for their “victory lap” at the annual Senior Capping and Fall Honors Convocation Friday night.

In a ceremony for students, family and friends, Chair of the Board of Trustees George Tetler congratulated the class as they began their, “victory lap,” as seniors.  “It is now time to reflect on how much support you have received so far from your faculty, your family and your friends,” said Tetler. “Savor your success and make it a sprint to the finish line.”

Also addressing the class was 1998 graduate Tony Price who urged the class to, “finish what you start.”  In reflecting on his college career at WSC, Price said he always had been embarrassed that he did not complete his degree in four years.  But, he stressed that it is important to finish what you start and “find your own criteria for what success means to you.”

Price is the assistant director of athletics and head basketball coach at Simmons College and its all-time winningest coach.  In addition, he was named the Great Northeast Athletic Conference Coach of the Year in 2003 after a stellar 16-9 season.  He is the author of the newly released book  An Unsung Coach.

He told the large crowd at the Sullivan auditorium to focus on three critical things to be successful:

In the fall of 2007 Price was inducted into the Athletics Hall of Fame of Worcester State College for his distinguished basketball career. He is the 11th all-time leading scorer in Worcester State men’s basketball history, scoring 1,347 points over his three-year career from 1986 to 1990. A two-year captain and all-conference selection, he is also the all-time leading shot blocker in Lancer history with 149 career blocks. He was selected as the team MVP three times.  He led the conference in rebounding his junior year and was second in scoring his senior season.

Off the court, Price was an active member of the Worcester State community as he was a member of Third World Alliance, Upward Bound and led a petition on campus to have black studies courses reinstated at the College.

In February of 2007, Price was honored by the Massachusetts State Lottery and Boston College with their “The Heights Award,” which “recognizes outstanding individuals for their contributions to women’s athletics.”

He has volunteered with and started numerous youth activities in his native Boston throughout the years, including becoming the director of youth and recreation at the Lena Park Community Development Corporation, where he started the first women’s basketball program.

Senior Capping is a special ceremony held each fall at WSC. This annual event formally recognizes members of the senior class, marks the beginning of the new academic year, and celebrates scholarship recipients. The tradition also marks the first time that seniors may wear their academic caps and gowns. 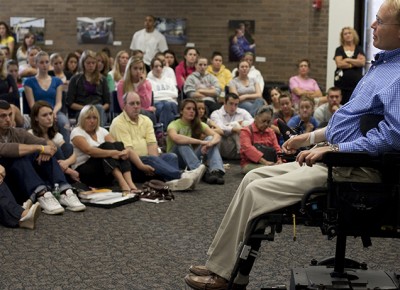 Travis Roy: 'A Positive Attitude Will Take You Further in Life'

A standing-room-only crowd heard Travis Roy’s message of optimism and hope in the face of great adversity, last Wednesday as part of the Worcester State College Diversity lecture Series. The talk, . . .