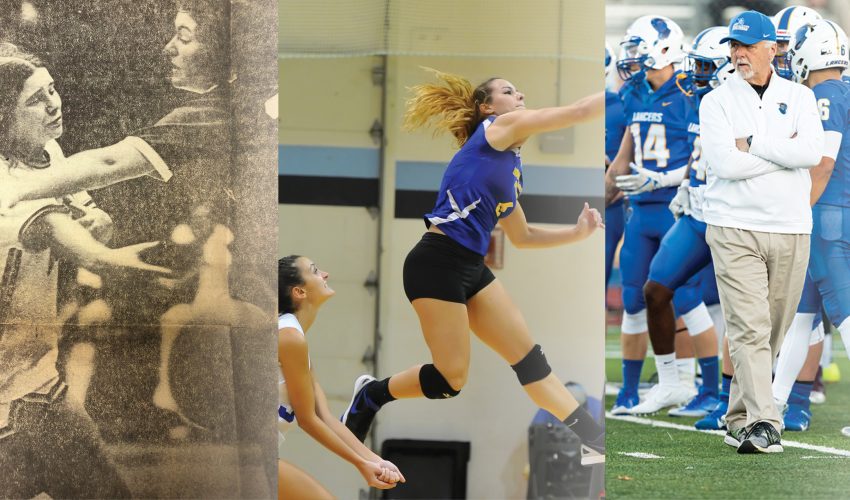 Seven Former Student-Athletes, One Team Elected to 2020 Hall of Fame

Seven former Worcester State University student-athletes and one team have been selected for induction into the University’s Athletics Hall of Fame. The induction ceremony, which was scheduled for Friday, Oct. 2, will be rescheduled to a later date in 2021 as a public health precaution in wake of the ongoing COVID-19 pandemic.

Highlighting the Class of 2020 is Brien A. Cullen ’77, M.Ed. ’85, who retired in 2019 after 37 years as the head coach of the Worcester State football team. Cullen played four years on the club football team at Worcester State, captaining the team as a senior. Named the team’s most valuable player in his final season, Cullen was also an All-New England selection in both his junior and senior seasons. Upon taking the reins of the program as head coach, Cullen led the Lancers to a Club National Championship in 1984, before helping the team transition to full varsity status. Cullen led the Lancers to seven MASCAC Championships, was a five-time New England Football Conference Coach of the Year, and the 1996 New England Football Writers Coach of the Year. He retired with 181 wins at the helm of the Lancers football program.

Cullen will go into the Hall of Fame with one of his former players, as Derrick E. Murphy ’15 has been selected for induction in 2020. Murphy played on the Worcester State football team from 1995 to 1997, leading the Lancers to New England Football Conference Championships all three seasons. Murphy was an All-NEFC First Team, All-ECAC New England First Team, and All-Worcester Area First Team selection in the 1996 season, which saw the Lancers go 10-0 in the regular season. In his three seasons, Murphy hauled in 18 interceptions, ranking second in program history, and his team went 27-6 when he was on the roster.

Also receiving the call to the Hall is Lauren (Burke) Novick ’02, a former member of the women’s basketball program. Novick’s name is scattered throughout the women’s basketball record book, as she ranks 15th all-time with 1,053 career points and 704 career rebounds. Novick was a two-time All-MASCAC selection during her playing career, and was selected to play in the New England Women’s Basketball Association Senior All-Star Game in her final season. She capped off her career by winning Worcester State Athletics’ Lancer Award for her accomplishments not only on the basketball court, but also in the classroom.

The fourth inductee into the 2020 Hall of Fame is the class’ lone three-sport athlete, Alyssa L. Jasper ’15. Jasper took part in women’s volleyball, women’s track & field, and women’s basketball in the early 2010s, leaving a lasting legacy at Worcester State. In 2014, Jasper was an All-American in the heptathlon, placing eighth in the nation in the event. The All-America honor was sandwiched between a pair of ECAC Division III Championships, as she won the title in the javelin in 2013 and in the pentathlon in 2015. Jasper also won a pair of New England Championships in both the javelin and the heptathlon, and is still the school record holder in the javelin to this day at 44.91 meters. In volleyball, Jasper is the program’s all-time leader in both career kills with 1,292 and single season kills with 502. She was a MASCAC All-Conference selection all four years for the Lancers, receiving First Team honors in her junior and senior seasons. As a senior, she was named the MASCAC Player of the Year, and received Worcester State’s Robert Devlin Senior Athlete of the Year and Margaret “Peg” Nugent Scholar-Athlete of the Year Awards, as well as the MASCAC Scholar-Athlete of the Year Award. She also played one season on the Worcester State women’s basketball team, in her sophomore year.

Jasper isn’t the only Worcester State women’s volleyball legend entering the Hall of Fame in 2020, as Lauren E. Saylor ’10 will be inducted. Like Jasper, Saylor was a four-time All-MASCAC honoree in her playing career, earning a First Team nod three times, and was named MASCAC Rookie of the Year in 2006. She ranks second in program history with 1,127 kills, and her 337 kills as a freshman still stands as the Worcester State rookie record. Her 2.90 career kills 0per set, .227 attack percentage, and 907 career digs all rank in Worcester State’s top six all-time, and her 27 kills in a match in 2007 ranks third most all-time. Saylor capped off her career by being named Worcester State’s Robert Devlin Senior Athlete of the Year in 2010.

Rounding out the inductees in the alumni category is Shannon M. Feeley ’09 , who excelled in both women’s lacrosse and soccer in her illustrious career. In lacrosse, Feeley scored 168 goals with 89 assists for 257 points, which all rank in the top four all-time in the Worcester State record books. She led her team to at least the semifinals of the New England Women’s Lacrosse Association Tournament all four seasons she played on the team, including two appearances in the NEWLA Championship game. She was a First Team All-NEWLA selection in 2006 and 2007, and a Second Team selection in 2008. With Feeley on the roster, the women’s lacrosse program had a record of 37-24. In soccer, Feeley led Worcester State to a trio of MASCAC Championships and NCAA Tournament appearances, and was named First Team All-Conference in 2005.

The eighth team to enter the Worcester State Athletics Hall of Fame will be the 2001 Men’s Soccer Team. The team made history nearly 20 years ago by capturing the program’s first-ever MASCAC title before stunning #3 Williams in the first round of the NCAA Tournament to advance to the Sweet Sixteen. Williams entered the game with a record of 15-1 on the season, and had advanced to the Elite Eight the season before, but was stunned by arguably the biggest upset in the history of athletics at the University. The team would go on to lose in the Sweet Sixteen, however the victory still remains the only NCAA Tournament win in program history. The squad tied a program record that season with 15 wins, finishing at 15-3-3.

Rounding out the honorees in 2020, former women’s basketball star Sharon Pike will be inducted posthumously. Pike was a member of the 1980 team that won the AIAW National Championship, and the team that went to the Final Four in 1981. She is the women’s basketball program’s all-time leader in career assists with 671, and she also holds the top two spots in the record book for single-season assists with 261 and 213. Pike played in 98 career games for the Lancers, and the team went 78-24 while she was on the roster. 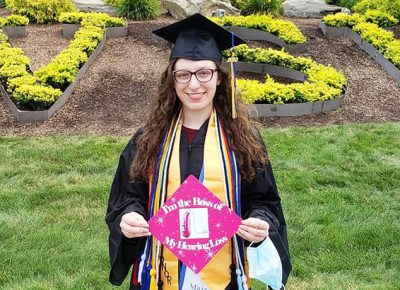 Shalev Honored as One of 29 Who Shine

Biotechnology major Maia Shalev will be recognized as Worcester State University’s 29 Who Shine honoree at the next Board of Trustees meeting on Tuesday, Sept. 8. The Massachusetts Department of . . .