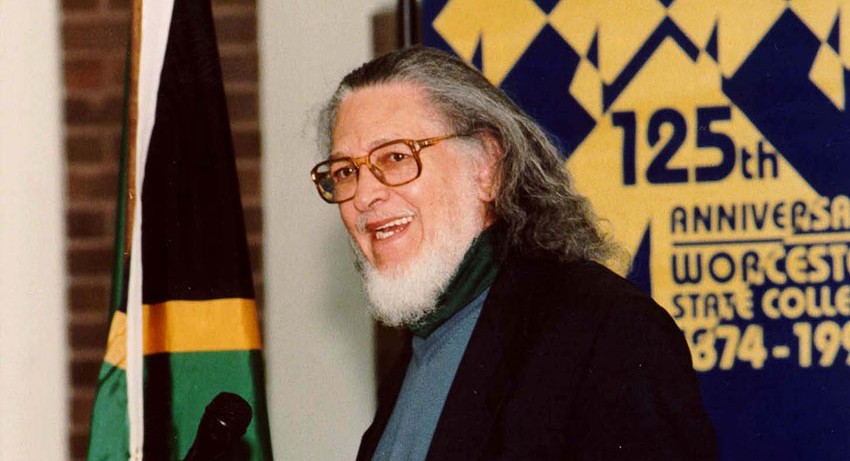 Worcester State College will welcome noted South African poet and human rights activist Dennis Brutus to its campus November 17-20 for a series of events focusing on social justice.  The series, “Stubborn Hope: A Celebration of Commitment and Action towards Human Rights,” celebrates completion of the archiving of the extensive collection of personal papers, manuscripts, and other items that Brutus donated to the college.  The week will culminate in the event, “Art and Struggle for Social Justice,” hosted by WSC President Dr. Janelle Ashley, Thurs., Nov. 20 at 6:00 p.m. in the Ghosh Auditorium.

The long relationship between WSC and Brutus began on May 28, 1982, when he delivered the inaugural address for the newly created Center for the Study of Human Rights. The Center was co-founded by English Professor Merrill Goldwyn and Worcester resident Reverend Paul Ferrin, with the goal of bringing a strong human rights program to the College.

The following day, the College awarded Brutus an honorary Doctor of Humane Letters.

These events occurred as Brutus was locked in a desperate struggle for political asylum in the United States.

Brutus was born in Southern Rhodesia in 1924. When the National Party government of South Africa came to power in 1948, it imposed a rigid system of apartheid. Brutus participated in many anti-apartheid campaigns, focusing much of his attention on sports policies. The South African government banned him from attending political and social meetings and made it illegal for any of his writings to be published in South Africa.

Brutus was arrested in 1963 for attending a sports meeting. When he was released on bail he attempted to make his way to Germany to meet with the world Olympic executive committee. He was captured and returned to the South African security police.

During a desperate attempt to escape, Brutus was shot in the back on a Johannesburg street. He was subsequently sentenced to 18 months on Robben Island, a maximum security prison that also held Nelson Mandela.

After completing his sentence, Brutus was allowed to leave South Africa with his family, on conditions that made it illegal for him to return.

A year after Brutus’s appearances at WSC, he was granted political asylum in the United States. Since then, he has visited the campus frequently and he continues to donate personal papers and other items to the center.

Brutus is as well-known for his poetry as for his political activism. He has published 12 collections of poetry, including Stubborn Hope in 1978, from which this selection is taken:

Endurance is a passive quality,
transforms nothing, contests nothing
can change no state to something better
and is worthy of no high esteem;
and so it seems to me my own persistence
deserves,  if not contempt, impatience.

Yet somewhere lingers the stubborn hope
thus to endure can be a kind of fight,
preserve some value, assert some faith
and even have a kind of worth.

Brutus has remained a leading activist around the globe, addressing issues including racism and the negative impact of globalization on impoverished nations.

“We are very proud to welcome Dennis Brutus back to our campus,” said President Janelle C. Ashley. “He brings an important message to our students about the importance of working for social justice despite personal cost.”

Dr. Aldo Garcia Guevara, director of the Center for the Study of Human Rights, noted, “Dennis Brutus represents the power of conscience and activism, reminding us that it is immoral to stand by while injustice occurs. We are blessed to have him and his papers here at the college, with the hope that future generations will be inspired by his presence and his legacy.” 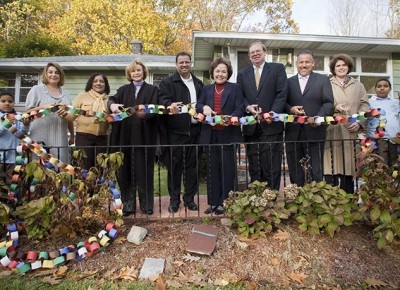