Worcester State University student Samuel Harnois, who is a Spanish major, is among the seven students featured in ArtsWorcester’s 13th Annual College Show to win a prize for their artwork. He was awarded for his giclée print “The Tea Party.”

The College Show, an exhibition that showcases the artwork of students from the nine Worcester-area colleges and universities, runs through March 3rd at the Aurora Gallery on 660 Main St., Worcester, which is open to the public during that period Thursdays, Fridays, and Saturdays, from 12 to 4 p.m. Exhibits are free and open to the public. Juried by Eva Fierst, of the University Museum of Contemporary Art at UMass Amherst, this exhibit draws a range of students studying in different programs, such as international development and math, in addition to the visual arts.

Founded as the Cultural Assembly of Greater Worcester, and renamed ArtsWorcester in 1992, the mission of ArtsWorcester is to exhibit the works of new and established artists, offers professional development for members, cultivates audiences and collectors, and celebrates contemporary local art through free gallery exhibits and openings. 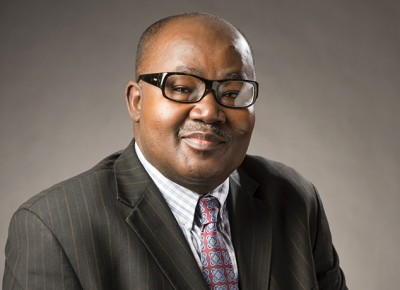 Tony Adade (Information Technology Services) had a very busy year in politics in 2016, both at home and abroad. In addition to campaigning for U.S. presidential candidate Hillary Clinton, he lent his . . .