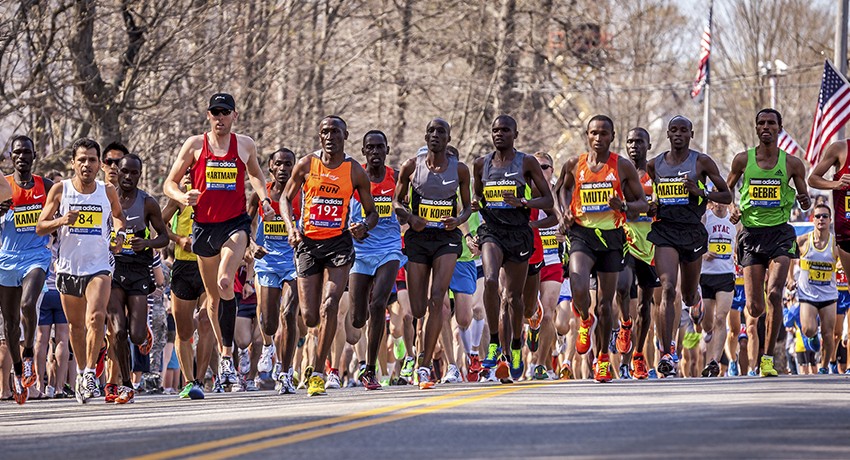 Being in Boston around the time of the marathon every year, Kenyan native Wilson Kiriungi ’09 was proud to see the amount of excitement built up around the legendarily fast athletes of his home country.

And in that shared enthusiasm, he also saw an opportunity.

“I thought there must be a way for someone to tap into this goodwill, to turn that into something that has a common good,” he recalls.

The result: Run with Kenyans, a unique educational travel company. Founded by Kiriungi in 2008, the organization brings runners of all types on running excursions and safaris in Kenya, and also hosts an annual pre-marathon “Dinner with Champions.”

“It’s a way to create a social culture, diplomacy,” says 36-year-old Kiriungi, who earned his bachelor’s in English from Worcester State. “It’s running as a way of bridging cultural gaps, bringing people together.”

This year, the celebratory dinner is to be held on April 18—the Saturday night before the race, with RSVP required—at the Mary Norton Hall, right across from the Boston Marathon finish line. The event encompasses traditional Swahili dancing and singing, a menu of Kenyan cuisine (including staples such as ugali and chapati), and most notably, the opportunity for the general public to mingle with some of the world’s greatest living runners. Also, Kiriungi notes, it gives the athletes the opportunity to loosen up and have some fun after months of intense training.

The dinner has been held annually since 2011, and has welcomed not only runners and marathon fans, but local celebrities, politicians, and ambassadors. “It’s a high-profile but open and collegial evening,” says Kiriungi. “There’s a deeper objective that’s fulfilled, which is bringing together people from different cultures who ordinarily wouldn’t have a setting to meet and learn about each other.”

Since coming to the States at age 21, Kiriungi has been dedicated to raising awareness of, celebrating, and supporting his home country.

He uses his skills learned at Worcester State in his main career as a professional fundraiser, has lent his grant-writing expertise to the Beverly School of Kenya (a private boarding school founded by another Worcester State alum, Abdi Lidonde ’93), has raised awareness of diaspora, and has helped to execute infrastructure projects and disseminate awards to top-performing students in marginal areas of Kenya through his nonprofit Wahome Global Foundation.

“It’s to motivate them,” he says of the latter, “to let them know that there are possibilities beyond their very limited circumstances.”

Surprisingly, though, despite his venture with top marathoners, Kiriungi describes himself as a “new runner.” He started seriously with the sport upon founding Run with Kenyans, and has since completed five half-marathon, with a full marathon on his “bucket list.” (Preferably Boston as his first, he says.)

“It’s not just a matter of being able to run and finish 26.2 miles,” he explains. “It’s a matter of training, finding the time.”

Plus, there’s that enigmatic extra element inherent in the elite champions of his country.

“There happens to be a small segment of Kenya’s population that can run really fast,” he says, pointing to research that has attributed that increased athleticism to factors such as high-altitude, genetic makeup, or the motivational power of poverty. “I don’t think anybody really knows why. There isn’t one single reason. It’s a whole bunch of reasons conspiring to make these people so good.”

And, he adds, “The more it remains a mystery, the better.”

This article was written by Taryn Plumb, a 2004 graduate of WSU’s English program, for the next issue of The Statement alumni magazine. 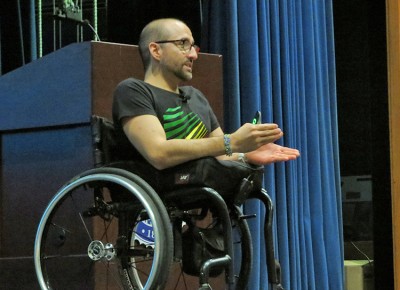 Doctors told Spencer West’s parents that their son was not going to be a functioning member of society after having his legs amputated at age five.  In 2012, that amputee reached the summit of . . .