The Massachusetts Senate voted last night 34 to 2 to support university status for Massachusetts State Colleges.  The house voted previously 126 to 21 to pass the measure.

“I am delighted that the Senate has passed this bill bringing us one step closer to becoming a state university,” said Worcester State College President Janelle Ashley. The measure now goes to the Governor.

If this bill is signed by the governor and becomes law, Worcester State College will become Worcester State University and be part of the state university system. The bill will not raise tuition or fees or change admissions standards.

“This bill is tremendously valuable to our students,” explained John Brissette, Chair of the Worcester State College Board of Trustees.  “University status will enhance the degree they receive from the college they have always trusted. University status will make our students more competitive in today’s tight job market,”  said Brissette, who is also an alum.  “We are deeply grateful to the members of the House and Senate for their leadership on this higher education initiative who continue to show their support for public higher education,” added Brissette.

“We believe strongly that a change to state university system would help our system’s students compete for jobs; help our colleges in the competition for foundation and federal grants; attract faculty in competitive national searches;and, benefit our state by keeping Massachusetts students in state to attend college,” said Frederick Clark, Executive Officer of the Council of Presidents of the Massachusetts State Colleges.

Dr. David C. Carter, Chancellor of the Connecticut State University system, sent a letter to Governor Deval Patrick, in which he wrote, “I can tell you unequivocally that the university status designation was highly beneficial to the students of Connecticut, to each of our institutions, and to our entire system of public higher education.” 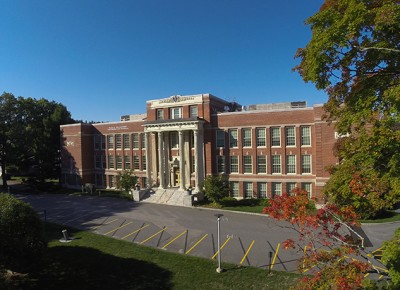