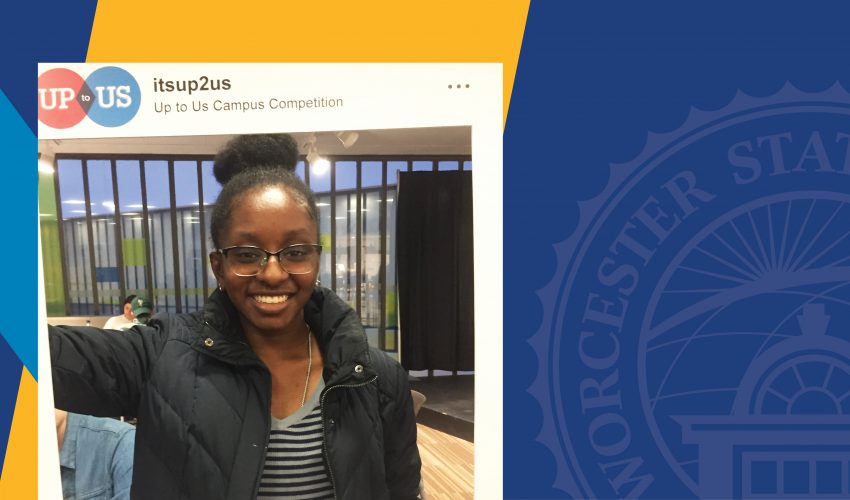 For the second year, a group of Worcester State students raising awareness about fiscal policy and the national debt has placed in the top 20 of programs nationwide. They will be invited to Washington, D.C. (virtually) to meet with legislators and peers to strengthen a network of young people concerned about the direction of national fiscal concerns.

While the COVID-19 crisis has again brought fiscal and monetary policy directly into the news, there are ways in which increasing national debt could cause an increase in the cost of borrowing for everyone, making mortgages and private business loans more expensive for individuals. This may make it harder to Americans to buy and home and find good paying jobs.

Last year, that achievement allowed Palmacci to represent the university at the 2019 Up to Us Conference, held June 9-12 in Washington, DC. This year, Marc-Kendy Paul will represent Worcester State.

“The conference was incredible,” Palmacci says. “[It] was jam-packed with amazing speakers and students alike.”

The trip included touring the Politico offices, attending the Peter G. Peterson Fiscal Summit, networking with other conference attendees, and meeting with elected officials on Capitol Hill. At the fiscal summit, students heard speakers such as Nancy Pelosi and Mick Mulvaney talk about fiscal policy and the national debt.

According to calculations based on data from the nonpartisan Congressional Budget Office, the current trajectory of the federal debt will reduce a four-person family’s income by an average of $2,000 in 2027, rising to $8,000 in 2037, and $16,000 in 2047. That’s money that won’t be spent in the economy, or invested for vital priorities like education and retirement. 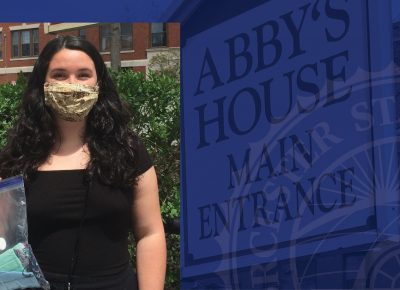 On the Day of her Graduation, Michaela Mooney ’20 Makes Kindness Matter

On a recent sunny Saturday in May, Michaela Mooney ’20 was supposed to be "taking the walk" in a cap and gown, celebrating four years of intense study and engagement of various sorts. Instead, she . . .