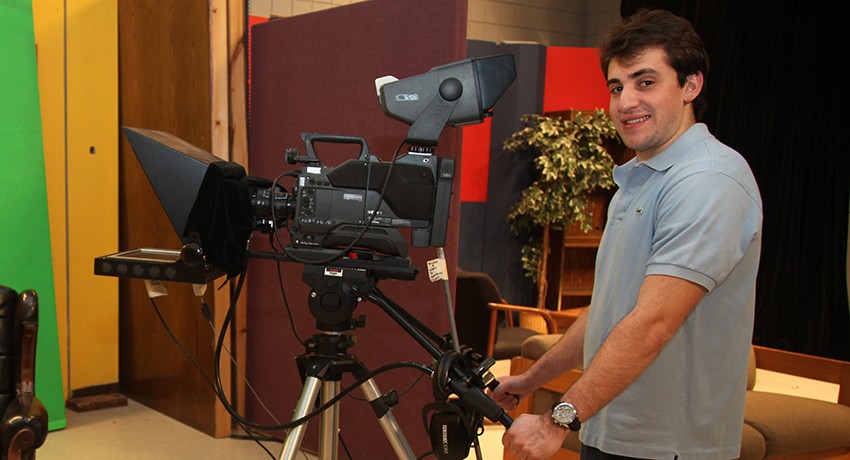 “It was hectic. It gave new meaning to the word ‘brainstorm.’” Such is the life of an intern at Worcester State University’s Communication Department. In this case, I was speaking to Ronald Taylor, part of the department’s Esperanza Y Su Exito (EYE) cable access program.

A lot of us are familiar with LVTV and the school’s radio program, but the options for media production at WSU extend well beyond. Professor of Communication Alta Carroll runs EYE, which means hope and your success, which airs on Worcester-local channel 13. The program serves to educate – segmented into sketches, human-interest features, and talk-show-style interviews. Guests thus far have included everyone from state representatives to local bands to prominent Latino professors. The whole show airs in both Spanish and English, and Dr. Carroll’s interns handle all translation and bilingual access. And that’s not even the hard part.

As an affiliate of the Communication Department, the program has several key themes like media literacy and cultural diversity. The interns actually working behind the scenes echo these themes. While the show airs, the interns are responsible for the active drafting, planning, and promotion of future episodes – all on a biweekly deadline.

The number-one priority was avoiding overlap. Each intern has his or her own area of expertise, and the end result comes together like a long jigsaw puzzle. There have been computer science wizards, translators, public relations advocates, documentarians, directors, and editors among the bunch, to name a few. Ronald Taylor was one of the photographer-editors who worked in the Spring 2012 semester, and he tells me the work was exciting and at times chaotic.

The best example of this was an educational conference held last semester: “Navigating the Gap: Crises in Urban Education.” Lt. Governor Timothy Murray headlined as the keynote speaker, and the conference itself was like a vast clock tower with many moving parts.

As one of the conference’s two official sponsors, EYE was in charge of scheduling and advertising. This is where the classic idea of an intern comes in, says Taylor

“There was a lot of running back and forth. Putting up fliers, stickers, billboard hunting – that was second nature by then. Was it successful? Yes,” he says.

It’s all in the pacing, he says. 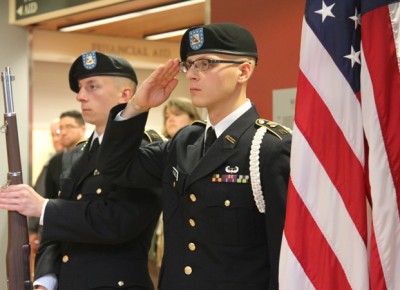 The campus community honored Worcester State University and local veterans at a ceremony on Thursday, November 8. Due to weather, the ceremony was held inside. Speakers included WSU President . . .