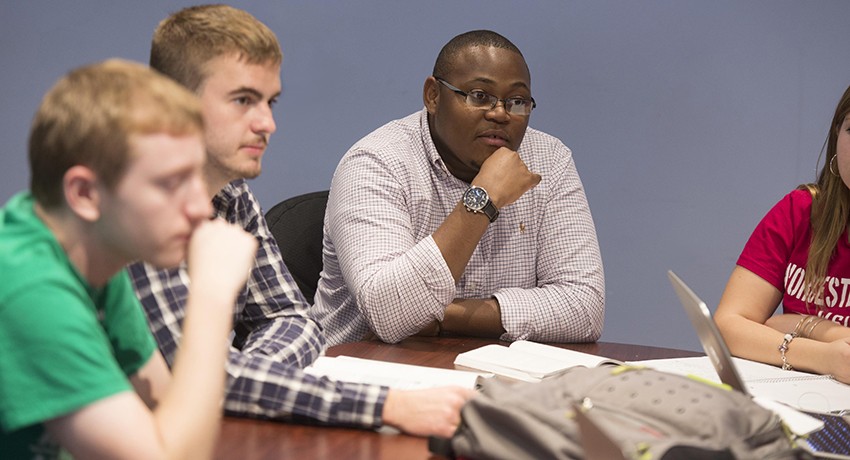 Senior Jean-Philippe Matondo, a citizen of the Democratic Republic of the Congo, brings his global perspective to Worcester State, offering a diversity of thought on a campus where 95 percent of the students come from Massachusetts.

“Some of my fellow students have asked about my country and my culture, although I find I usually have to reach out to them first,” he says. “I love meeting American students, and the peer-to-peer program for international students is helpful as well. I’ve even helped as a resource for research papers about my country and culture.”

Matondo’s unconventional route to becoming a Worcester State undergraduate began through the Intensive English Language Institute, which helps non-native English speakers coming from abroad or living in the local community gain English fluency and cultural literacy. When Matondo arrived from his home country in 2012 on a student visa to live with his grandparents in Worcester, he spoke no English and entered the IELI classes at the most basic level.

What differentiates IELI from other language institutes is the wide variety of native languages spoken—sometimes more than 25 countries are represented in its classes. That diversity helped Matondo learn English quickly, he says.

“Because no one else spoke my language, I couldn’t fall back on that, and it actually forced me to learn faster,” he says. “I also now have friends from all over the world—Brazil, Argentina, Venezuela, Italy, Albania, South Korea, Colombia—and that’s great too.”

His sister, Benedicte, also attended IELI, and she is now headed off to Canada to attend college in the fall, self-assured in her English-language skills. Even his grandparents, members of a small but close DRC immigrant community in Worcester, have taken IELI courses to improve their English.

Matondo followed the path of other IELI students who became WSU undergraduate or graduate students, providing significant contributions to the internationalism of campus.

He has taken advantage of all the educational opportunities offered at WSU, even studying abroad in China last year. He also embraced student leadership roles on campus. With his friends’ encouragement, he ran successfully for treasurer of the Student Senate in 2015. He was recently re-elected as a senator and also now serves as the treasurer for the Student Government Association.

“Running for treasurer was one of my proudest moments,” says Matondo, who is also president of the French Club. “People believed in me and everyone encouraged me to go for it, and they thought I did a good job.”

Leadership might be in his DNA. Family members have held public office in his home country for several generations, including his father, who now serves as treasurer for the DRC’s capital city of Kinshasa. Public service is riskier in the DRC than in the United States, but he takes his family legacy seriously.

One of the cultural differences he brings to the WSU community is the knowledge that his actions can affect more than just himself. In his country, a respected family name is highly valued for social and professional success, so he is well aware that his actions could influence the generations to follow.

Even Matondo’s given name holds significance in his family’s history: He is the fourth generation in his family to be given the middle name of Kingolo. With the added cultural pressure of being the oldest of three siblings and the oldest male of 24 cousins, he is working hard to build a solid educational background at Worcester State so he can set a good example for his entire family.

“I know it will be a challenge, but it is one I definitely embrace,” he says.

A business administration major with a concentration in international business and minor in political science, Matondo hopes to continue his education in graduate school before eventually returning home to the DRC.

“Our country needs heads and brains,” he says. “I may run for office when I go back home and apply everything I’ve learned at Worcester State. God willing, we will see what happens.”

About the Photo: Jean-Philippe Matondo (center) at a Student Senate meeting 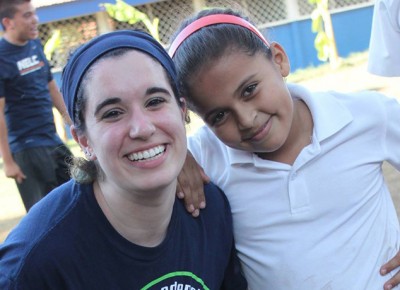 With interest in studying away at an all-time high at Worcester State, Associate Professor of History and Political Science Aldo Guevara wanted to boost participation among ALANA students. The result . . .