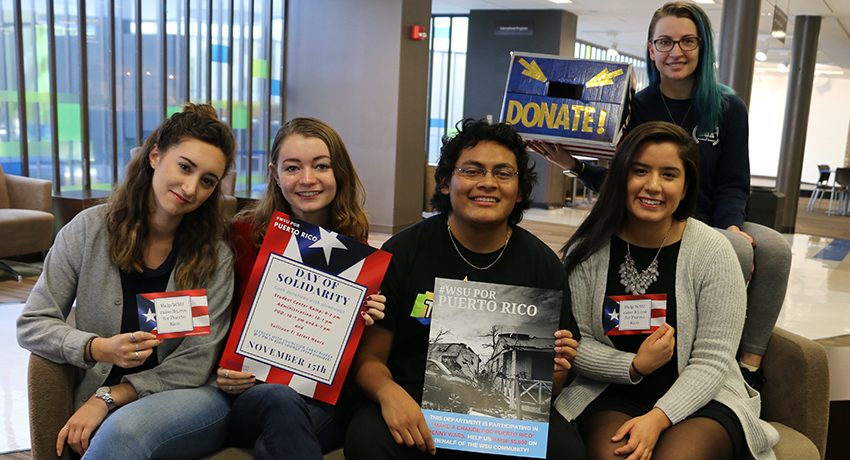 A student-led initiative successfully raised $5,000 for Puerto Rico relief through a 10-day crowd funding effort that culminated with a Day of Solidarity on Wednesday, November 15. All money raised will go to Amor Para Puerto Rico, a Worcester-based charity working directly with organizations in Puerto Rico to help the island’s residents.

“It was an absolutely remarkable event to see the entire WSU community, students, staff and faculty, and alumni, come together to support this important cause,” said Student Government Association president Monica Bhakhri ’18, who helped lead the effort. Other student groups involved included the Student Senate, Third World Alliance, CLEWS (Community and Leadership Experience at Worcester State), and the Student Events Committee.

“Throughout the day, students were approaching our tables and sharing their support and gratitude by donating,” she added. “And one of the most remarkable feats was seeing students run to their dorms or cars to grab money because they felt so compelled to help. I am very proud of my peers and the entire WSU community.”

Many members of the Worcester State community contributed to the success of the campaign, including students, faculty, staff, and alumni. Sixty-nine people, more than half of them students, donated through the crowd funding website raising $2,627, while collection jars around campus pulled in $1,515.26 for the cause. Other direct donations made up the rest.

The Barbara (Hickey) O’Brien ’57 Department of Education won the friendly “penny wars” competition among departments and will be served breakfast donated by Chartwells as a reward.

As part of the Day of Solidarity activities, Worcester City Councilor and Puerto Rico liaison Sarai Rivera ’90 discussed the status of city-wide fundraising for Puerto Rico and the impact on ongoing recovery efforts.

“Our hearts are broken to see what is happening on the island,” said Rivera, who is pastor of the Christian Community Church. She said there is an overwhelming feeling of hopelessness, compounded by a disappointment in the way the government has responded to the crisis.
Rivera spoke about the mission of Amor Para Puerto Rico to collect, prepare, and organize donations coming from multiple fundraising efforts from around the city, and distribute those resources in the most effective and impactful way.

Other areas where Amor Para Puerto Rico is hoping to make a difference is in rebuilding infrastructure and resettling island residents who want to move to the U.S. mainland.

“We are a community that deserves respect,” said Rivera. “We are going to be realistic. Because of the issue of systemic oppression and economic racism, the reality is that we will be struggling with this for the long haul.” 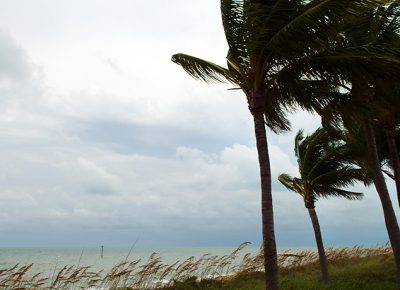 Colonialism is often thought of as a thing of the past, but for Puerto Rico it is a part of ongoing economic inequality that has hampered the island’s recovery from the devastating September 20 hurricane, said faculty from Worcester State University’s Sociology Department at an October 24 teach-in. Some in the audience offered their first-hand accounts of the devastation left in the wake of . . .