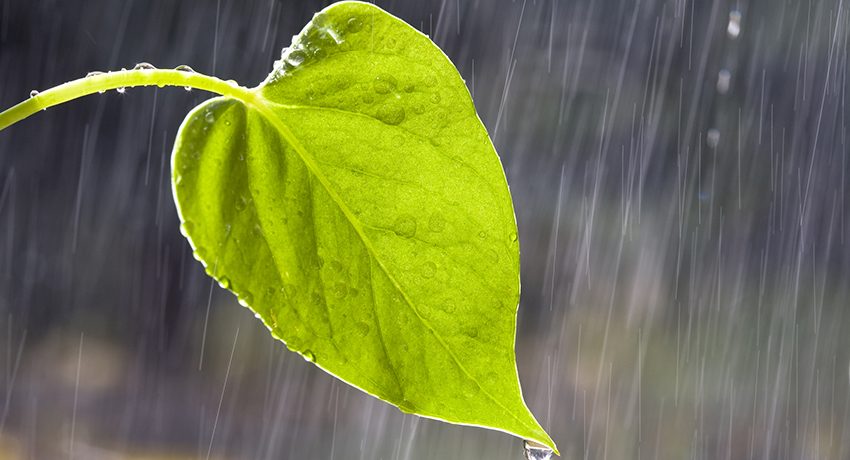 Environmental science major Farrah Aubin is passionate about water conservation. When she looks around campus and the Worcester community, she sees places to build rain gardens that could filter pollutants and divert rain from storm drains.

Aubin’s interest in rain gardens developed during her sophomore year. As she walked by the Wellness Center one day, she noticed water draining down toward the building and became curious about whether it was deliberate. Soon after, she learned about the building’s rain-collection system, which sends water into a 20,000-gallon underground tank for the campus’ in-ground sprinkler system.

“I made the connection and decided to take [rain gardens] on as my class project,” she says. The result was a GIS map of the campus that showed where rain gardens could be installed. She presented it at the annual Celebration of Scholarship and Creativity in April.

“We all know that water is essential to our life,” Aubin says. “It carries sediments and chemicals—anything that gets into its path—into the closest waterway it can find.”

But not everyone is aware of when they drink tainted water or how water becomes contaminated, she adds.

“The project taught me where to start—understanding the ground, understanding how water moves, diseases, and water pollution,” she says.

Aubin, a member of the CLEWS student group, also is leading a rain-garden project at Coes Pond for Working for Worcester in partnership with the Knights of Columbus, WSU’s Binienda Center for Civic Engagement, Nathan Wheeler Trust, and the City of Worcester. When completed later this summer, the rain garden will have special vegetation to naturally filter chemicals and sediment.

Mathematics major Patrick Murray, who graduated in May, took a broader focus to water conservation for his senior capstone project, which was accepted as a Celebration of Scholarship and Creativity project. He developed mathematical models that predicted when the United States would deplete its supply of freshwater.

His interest grew out of discovering that “one of the top five issues in the world over the next 20 years is going to be freshwater.”

Murray’s first model looked at personal usage. He found that the average person in the United States uses 40,880 gallons per year, “which is very, very high” and the highest or second highest personal-water-usage rate in the world.

His second model cut that rate in half and compared it to the personal water usage of France. The models came up with the same answer: a 226-year supply of water.

The reason, he discovered, is that industry will “use more water in that 226 years than people could ever use.” By far, industry consumes water at a higher rate than other non-personal uses Murray analyzed: agriculture, irrigation, and thermal electric energy.

“I think the obvious solution is desalinization because over 96.5 percent of all the Earth’s water is salt water,” he says. “We have this huge amount of water we can’t touch because it has no use to us.” 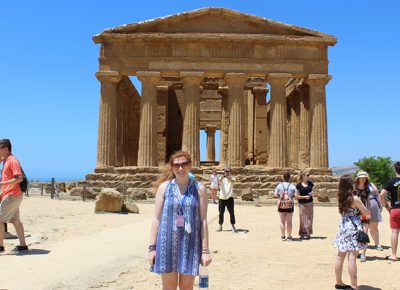 The Worcester State University Chorale recently returned from a trip to Sicily, where the group performed in three locations: in Taormina, at the Duomo di Taormina; in Syracuse, at the Cathedral of . . .