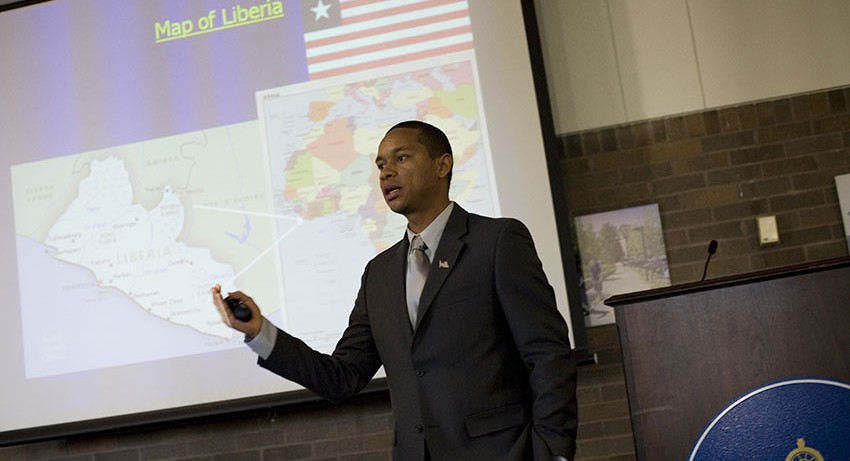 Jenkins Macedo was recognized for contributing over 200 service hours in the fall working with children of African refugees and immigrants as a mentor for the African Children Education Organization (ACE). Jenkins also inspired his fellow students to be involved in some of the causes he was working on for their Social Change course such as Teach Someone About Refugees Day, a clothing drive for ACE Children and a letter he wrote to the Mayor of Worcester concerning the placement of refugee students within the Worcester Public Schools. Jenkins came to the U.S. as a refugee himself where being involved in programs like ACE has helped him succeed.

Community Engagement Awards were presented to students from Consortium member institutions that provided exemplary service to their communities within the last year.

Elementary education major Ashley Beck was selected as the winner in Neil Berg's Singing with the Broadway Stars contest for the Neil Berg's 100 Years of Broadway performance at Hanover Theatre on . . .