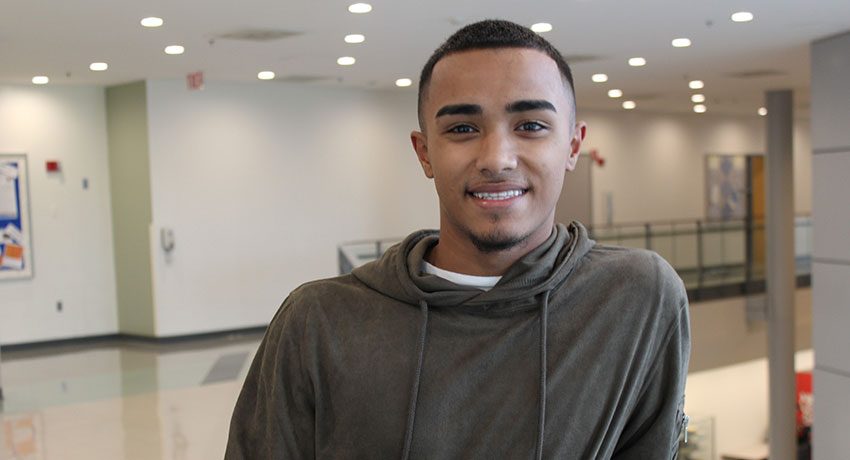 Two years ago, Giovanny Guzman had no idea what he wanted to do in life. He just knew he wanted to make the best of his time as a student at Worcester State University and also make some kind of positive contribution to society.

He gained greater clarity after he received an invitation from Dr. Mark Wagner, director of the Honorable John J. Binienda Center for Civic Engagement at Worcester State, suggesting that he become involved with some of the center’s projects. Giovanny began working with the Worcester State chapter of Up To Us, a nationwide, non-partisan campus-based initiative that mobilizes young people to promote fiscal sustainability, particularly with regard to the national debt.

This is Giovanny’s second story about what involvement in Up to Us has meant to him. The first story can be found here.

I’ve learned a lot of things over my time as part of Worcester State’s Up to Us team – not only about our country, but our society as well. I’ve also learned that Up to Us is not just a program about national debt or our country’s issues. It stands for something deeper than that.

We all encounter many things in life that we think cannot be changed, or that we believe are so embedded in our society that it’s too late to do anything about them. I have learned through Up to Us that the impossible is always possible if everyone works together. It’s hard to make a change in the world around us as an individual but when everyone collaborates, the possibilities are endless.

Up to Us is more than a group of individuals. It is a team that pools ideas and creativity on how to make a difference in society and create a better future for us all. Something many people in the United States don’t seem to realize is that we are a country of disunity. Whether it is about politics, race, religion, etc., we always seem to find ourselves in a state of division where compromise is difficult. This is a country with a glass ceiling that could be broken through with one simple component: unity.

It was team unity that led Worcester State’s Up to Us team to extraordinary heights. It appears we may place among top schools in a nationwide contest when final results are tallied this spring for the 2018-2019 Up to Us Campus Competition, which includes teams from 125 colleges and universities across the country striving to come up with ideas to engage, educate and inspire action.

Such a strong finish had been considered close to impossible because Worcester State was so much smaller than many of the competing schools. It was achieved not only with the unified approach of the Up to Us team itself, but we were also able to bring together other students from Worcester State as well as surrounding universities to sign the pledge against national debt.

The future would be brighter for our country if we could all recognize the power behind unity and what that would do for all of us, no matter the situation. Thanks to Up to Us, I was finally able to learn that cohesiveness is the most important component for a better life for myself, those around me, and the country as a whole. 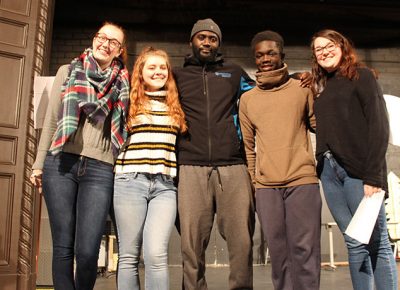 Worcester State students recently took a revolutionary approach to learning about history. Students from a variety of majors took on historical roles in collaboration with the Worcester Chapter of the Daughters of the American Revolution (DAR) and performed them at a public event in December at The Oaks, the chapter house for the local DAR. As a final project for a course, aptly called . . .