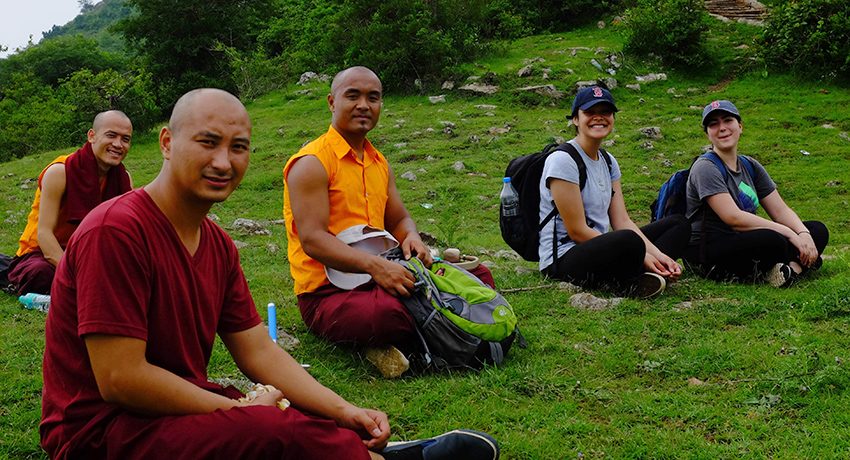 Assistant Professor of English Cleve Wiese took a small group of Worcester State University students and alumni to India to hone their communication skills as well as introduce them to the country’s largest settlement of Tibetan refugees.

The group spent three weeks in Bylakuppe, India, one of 39 settlement areas negotiated by exiled Tibetan government officials in the wake of the Dalai Lama fleeing Tibet in 1959. While the Dharamsala settlement is the most popular with travelers in search of the peace and spiritual guidance practiced by Buddhist monks and nuns, Wiese chose Bylakuppe because he had visited its monastery before.

“I thought it would be a fantastic place to bring students to get some cultural experience,” he says.

The students and alumni gained a better understanding of the origin of the Tibetan settlements in India and how the refugees preserve their culture.

“Many generations of Tibetans worked very hard not only to escape the Chinese and flee their home country, but to turn jungle into a habitable place for their families,” says senior psychology major Kelsey Penny. “I was surprised to learn the people we interviewed who headed organizations for the settlement did not get paid for their work. They said they got a lot of joy from the work they were doing, benefitting others. It was beautiful to see how they all support one another and work so closely together.”

As they got to know each other better, the Worcester State students and alumni reflected on the differences between the American and Tibetan societies, and strived to adopt aspects of the Tibetan approach.

“Everyone was very mindful, respectful, and kind,” Penny recalls. “I noticed the general pace around us was very slow and relaxed. The only things that moved hurriedly in the settlement were the Indian rickshaws. No one was stressed out worrying about the time or any work they had to do.”

“Realizing the contrast in those two ways of life really made me stop and look at the way I’m living my life, working full-time and going to school full-time; having no time to actually live…in the moment. Which is how we should be able to spend our lives,” she adds.

The trip also affected Penny’s plans about her major in psychology. “Spending time in the Tibetan settlement and learning so much about Buddhism has sparked in me the interest to look deeper into the concept of mind,” she says. “I still want to work in the field of psychology, but maybe do research into the concept of mind, near-death experiences, and how the mind may in a sense continue after death.”

The Worcester State group also was able to do some sightseeing. And several members taught conversational English to the monks and nuns.

One of their excursions, a visit to a sacred mountain and ancient temple, was particularly memorable for Penny. The monks went out of their way to make it special—from cooking the group breakfast to joining in the climb up to the temple to leading a prayer ceremony to playing games back at the monastery.

“By the end of the day, we had become very comfortable with one another, and felt a lot closer to one another,” she says. “It was a wonderful day.”

Wiese was pleased to see the Worcester State group bond with the hosts. “The thing that really struck me at the end of the trip was how deep the friendships had grown between the American students and monks and nuns,” he says. “Leaving was very emotional. It was intense in the amount that we did, but also how open we were and open they were, and how much we shared about our backgrounds and experiences. Some really powerful friendships evolved from that.”

Some travel expenses were underwritten using a grant from Santander Universities that helps more WSU students to study abroad. 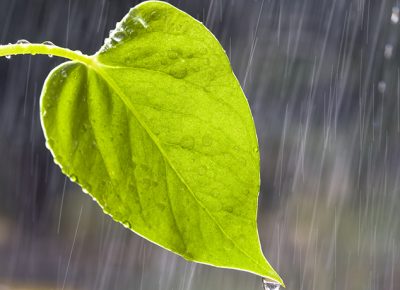 Environmental science major Farrah Aubin is passionate about water conservation. When she looks around campus and the Worcester community, she sees places to build rain gardens that could filter . . .