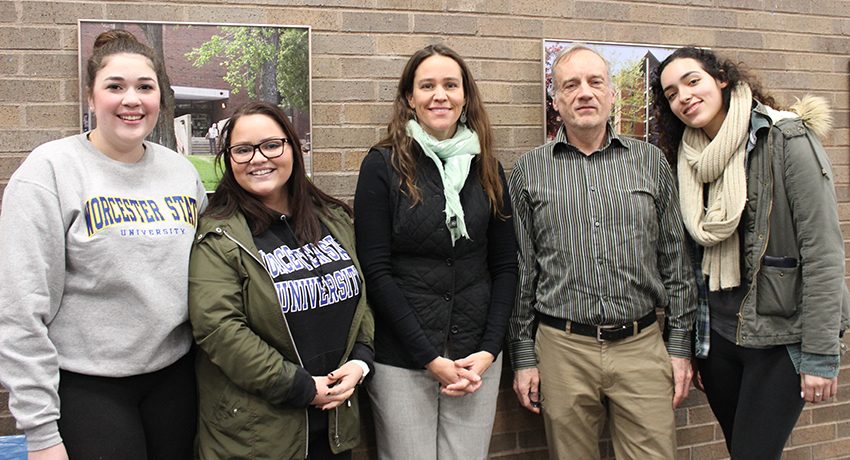 Under a new partnership proposal, a struggling community in Brazil might soon get the help it needs through the work of Worcester State University students and faculty.

Several faculty members are working on a memorandum of understanding with Catalytic Communities of Rio de Janeiro, a non-governmental organization that supports the city’s much-discussed favelas, the thousands of informal communities that provide housing to nearly a quarter of the city’s poorest residents.

Theresa Williamson, founder of Catalytic Communities, spoke recently at WSU to familiarize students, faculty, and staff with her work. She first spoke at WSU in 2015, when she provided ideas on how a partnership might work between WSU and Rio’s favelas, including internship opportunities for students.

Williamson was invited back by three faculty members who are working to form the partnership: Professor of Criminal Justice Robert A. Brooks, Ph.D., Assistant Professor of Urban Studies Timothy Murphy, Ph.D., and Professor of Communication Carlos Fontes, Ph.D. The trio had received a WSU mini-grant, funded through the Academic Affairs and University Advancement divisions, which they used for a 10-day trip to Rio last spring. They focused on the Asa Branca favela, meeting community leaders and talking with residents.

“The trip to Brazil last summer was exhilarating and exhausting,” Brooks said. “We were excited about developing and implementing a new model for university-community engagement, helped by the incredible capacities of Dr. Williamson and her organization. The need is obvious.”

“We wanted to bring Theresa back for another talk, to present her work to people on campus, and maybe generate more interest in a possible partnership between Worcester State and her NGO,” Murphy added.
Williamson’s January 2018 talk, in the Student Center’s Blue Lounge, was intended to help people rethink their assumptions about sustainable development by pointing out the many low-impact assets of favelas and dispelling myths that denigrate these vibrant communities as “slums.”

Junior Mariah Nolet said she found Williamson’s talk inspiring. “I would love to do an internship,” she said. “I’ve always wanted to travel to Brazil so something like this, where now they may be collaborating with Worcester State, is really awesome.”

Like most people, WSU graduate student Benjamin Gerhardt, who attended the lecture, had equated Rio’s favelas with the hardscrabble slums of other urbanized cities. Williamson’s talk changed his mind.

“I, unfortunately, had that sort of negative image of favelas, and that’s partly the media and the internet and the fact that we see everything from afar, but don’t actually go to these places and see on the ground what they’re really like,” he said.

Williamson quashed the slum image during her presentation, pointing out studies that revealed that 94 percent of favela residents consider themselves happy; 81 percent liked favelas; 66 percent wouldn’t leave their community; and 62 percent were proud to live there. “So, this is a very different scenario from what’s depicted,” she said.

Favelas are far from being utopias, with their chronic need for better public services in areas such as education, health care, and sanitation. But they meet a basic need for shelter for Rio’s poor, often in innovative and inter-generational ways. “Favelas are nothing other than an affordable housing solution in a context where there’s nobody else providing it,” she said.

The genesis of the proposed partnership was Brooks’ participation in a seminar in 2015 in Rio, titled “Community Development and Social Justice in the Favelas,” where Williamson spoke. Finding himself overwhelmed by the number and scale of the challenges facing favelas, the idea struck Brooks to take a more “micro” and therefore more manageable approach by developing a partnership between WSU and a single favela. He chose Asa Branca.

Negotiations are proceeding apace with the aim of signing a memorandum of understanding soon. 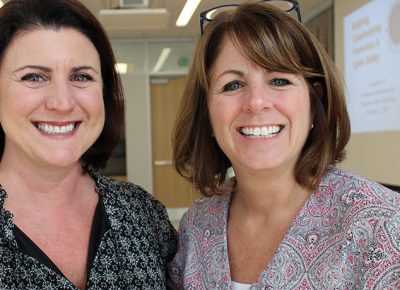 Lunch and Learn Series Addresses a Variety of Health Concerns

A healthy lunch isn’t just about what you eat. You can get a better handle on health while you munch your noontime meal when the “Lunch and Learn” series kicks off in late January. The five-installment series includes hour-long talks by experts on timely health-related topics, and lunch is provided free. All talks run from 11:30 a.m. to 12:30 p.m. in the Wellness Center, Room . . .