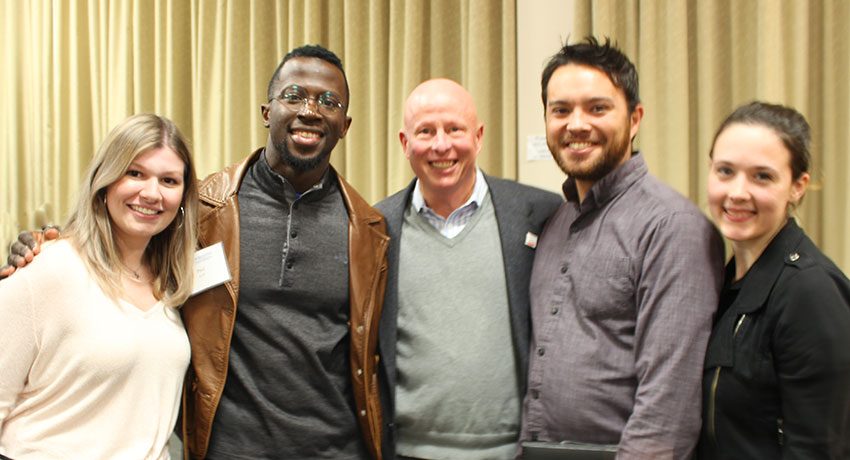 Students Honored for Setting “A Shining Example” of Community Service

The involvement of many Worcester State students in community service projects took center stage at the 9th annual Celebration of Civic Engagement on Wednesday, Nov. 6. The event, presented by the John J. Binienda Center for Civic Engagement, highlighted the many impactful projects student volunteers have led or participated in over the preceding year.

The program included presentations by two students and an alumnus. Sarah Farnham ’20 spoke about how being a resident assistant has prepared her as a leader and civically engaged student. Sophia Palmacci ’20, team captain of Up to Us, spoke about the beneficial effects of Worcester State’s two years of participating in the national fiscal policy awareness project. Alumnus Nathan Childs ’19 talked about how his participation in civic engagement and Enactus community service projects prepared him for his current job at Hanscom Air Force Base doing financial literary work. Additionally, Palmacci was presented with the Binienda Center’s Student Award for Meritorious Service.

“The messes that we’ve made, these are the folks who are going to help us fix that,” President Barry M. Maloney said. “Whether it’s climate, whether it’s financial, whether it’s some social ills that we’re dealing with, these are the young people we can count on. The students here at Worcester State University are shining examples of those problem solvers that we need in our society today.”

Keynote speaker Deborah Goldberg, Massachusetts state treasurer and receiver general, talked about how her office aims to provide ways for all Massachusetts residents to find their way to solid financial footing. She said right after she was sworn in as treasurer in 2015, she convened 32 people from across the state representing the public sector, the private sector, and academia.

“I said ‘I want a study done and I want to know what the best financial literacy programs are anywhere, and I want to start with kids and I want to finish with seniors,’” she said. “And I want it in six months, and I want an action plan with it.’ People looked at me and said, ‘This is state government—six months?’ I said, ‘Okay, six months and a day.’” The group came up with 22 recommendations, all of which have since been enacted.

Goldberg said she realized that the best way to connect with students is to put programs online. “So, when you get done here tonight, and then you’ve gone out with your friends, and then you’ve finished all your homework, at two in the morning, you can go to myfinanciallife.org and you can find information about whatever you need. And for the young women, you can go to EqualPayMA, and there is a lot of information for you there.”

Wagner also announced a one-time scholarship for next academic year in the name of state Sen. Harriette L. Chandler for her work in promoting civic education. Chandler championed a bill that will require the teaching of civics in Massachusetts public schools.

In impromptu remarks at the close of the event, Chandler said that it’s important for young people to be involved in politics and the democratic process, like Jermoh Vainga Kamara, 26, who was in the audience.  In her first try for public office recently, Kamara narrowly missed winning a seat on the Worcester School Committee. Though not a WSU alum, she typifies the type of young leaders Worcester State is training through the Binienda Center, according to Chandler. 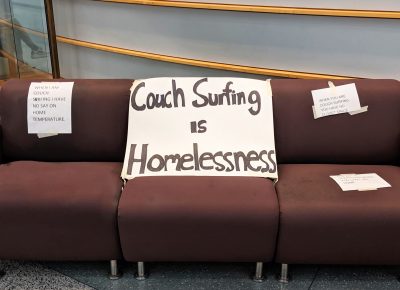 Putting a Spotlight on Student Hunger and Homelessness

Student hunger is more than a matter of not having enough money for food. Often, students are sacrificing not just meals, but also housing in order to pay their tuition bill. “When you think of . . .