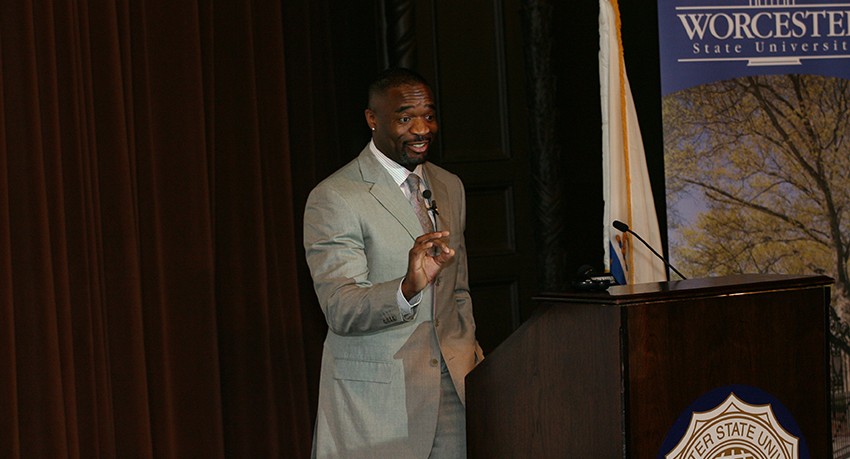 Students Urged to Imagine Their Future at Dr. Aisiku Lecture

Students were urged to imagine all the possibilities their futures could hold at the recent Worcester State University lecture “Developments in Medicine and Neuroscience: A Physician’s Perspective” featuring Imo Aisiku, M.D.

In introducing Aisiku to the audience, Massachusetts Board of Higher Education Chair Dr. Charles Desmond asked students to: “Imagine a future that is beyond what you can imagine today.” He pointed out to the audience that when Aisiku first came to Worcester State University, he did not plan on a career in neurosurgery or medicine.

“That’s the transformative power of public higher education,” said Desmond. “You all are eyewitnesses to history. One day, we might be honoring one of you.  There are no limits to what you can do.”

Aisiku ’92 serves as vice-chair and chief of critical care in the neurosurgery department of the University of Texas Medical School at Memorial-Hermann Hospital in Houston, Texas. He is part of the team caring for U.S. Rep. Gabrielle Giffords.

The lecture was sponsored by Fairlawn Rehabilitation Hospital and Charter Communications. Additional underwriting support is provided by Brain Injury Association of Massachusetts and UMass Medical School.

Aisiku focused his remarks on developments in both the general filed of medicine as well as advancements being made in the field of neuroscience. He compared the generalist physician who made house calls decades ago to the world of medicine today where the average patient visit is 15 minutes and patients tend to have a far less personal relationship with their doctors. He stressed that while technology makes so many more medical breakthroughs possible, physicians, hospitals and health care providers must be vigilant in tracking delivery of care to prevent mistakes (he noted that the eighth most common cause of death is due to medical error) and to ensure the patient remains at the center of the process.

The field of neuroscience has changed dramatically. Aisiku pointed to the technology moving form X-rays in the 1890s to CT Scanners in the early 1970s to MRI technology in the late 1970s. He also pointed to Thrombolysis, or clot busting, as a promising treatment and the growth of comprehensive stroke and brain centers where patients suffering from stroke or traumatic head injury can receive critical care and rehabilitative care. He regularly logs 16- to 18-hour days six to seven days a week caring for his patients, and says he loves his work.  “I cannot express to you how worth it is when you help a patient feel better,” he said.

After earning a bachelor’s degree in biology from WSU, Aisiku earned a medical degree from the UMass School of Medicine, a master’s degree in clinical research from Emory University’s Rollins School of Public Health, and an MBA from Emory’s Goizueta School of Business. He also completed postdoctoral fellowships in critical care and was recognized by the National Institutes of Health as a sickle cell research scholar in 2008.

When asked by a WSU chemistry student, following the lecture, for advice on his future education and career, Aisiku advised him to “swing for the fences every chance you get.”

Aisiku, whose father is a professor emeritus in WSU’s Education Department and whose mother was a special education teacher at Burncoat Middle School, moved with his family to Auburn, Massachusetts from Brooklyn, New York when he was in high school.

In addition to his lecture, Aisiku presented two research awards that he established for Worcester State biology majors at the WSU Academic Achievement awards at Mechanics Hall. 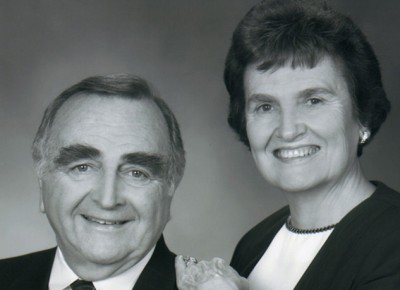 Drs. Arthur and Matha Pappas to be Honored at Scholarship Tea

Worcester State University will once again recognize the longstanding commitment of Drs. Arthur and Martha Pappas to the greater Worcester community at this annual Scholarship Tea, Sunday, May 1 from . . .