Hundreds of Worcester State students and community members filled the Sullivan Auditorium Wednesday, Nov. 2 to see the real Micky Ward and Dicky Eklund interviewed by Richard Farrell, screenwriter of the film “The Fighter.”

The presentation began when Micky asked the audience to stand up and have everyone try a punch, cross-boxing combination. Dicky followed Micky’s lead and called three students up on stage to “train” them how to do a one-two punch combination with boxing gloves on. The interview section began, when Richard Farrell started to explain Micky and Dicky’s life story. Farrell went on to discuss how the brothers never gave up on their dreams. “To obtain your goals you need to put your mind to one thing and never quit until you get there,” he said. This was what Micky and Dicky have done throughout their lives; they never give up on their dreams and ambitions.

Farrell began to discuss the brothers’ lives, growing up in Lowell and what they thought about the city. Both Micky and Dicky said they loved the city of Lowell; it was where they grew up, and they have many fond memories. Farrell then told the audience that earlier in the morning, Micky’s father and Dicky’s stepfather, George Ward, had passed away. Micky and Dicky still wanted to come to the lecture because “their dad would have wanted them there to tell their story and struggles.” Family is a huge part of the brothers’ lives. Farrell asked the pair to share good memories of their father to the audience, but both could only say they were speechless. Farrell began to reminisce about George Ward and how he was so good to all of his 9 children and stepchildren. He supported every one of their dreams and was the best father someone could have asked for.

The interview then shifted to focus on boxing and Dicky and Micky’s life as boxing legends. Dicky started boxing when he was 12 years old in the streets of Lowell. Dicky began to fight older adults nearly twice his age. He kept getting better and finally made it big, fighting world renowned fighters like Sugar Ray Leonard. Unfortunately Dicky’s fame got him into trouble with drugs, which began to slowly decline his boxing career. After being arrested and sentenced to prison for 10-15 years, he cleaned up.

Micky began boxing at the age of 7. Dicky trained Micky to become a great boxer. Micky made it to the big time, just as his brother Dicky had. He fought and trained in Las Vegas, and had fights all around the country. Everyone in the boxing world knew who Micky Ward was. Micky never gave up on his dream and said, “I’d rather die in the ring than quit.” He was a great fighter and won hundreds of matches against other great boxers.

Farrell then brought up the movie “The Fighter,” and showed the audience some clips from the film. Dicky and Micky were asked how they felt about the film, and working with Christian Bale and Mark Walberg. Micky responded that, “Mark was a tough kid” and could have made boxing a career if he wanted to. Dicky was very happy how the movie turned out, even though not all the scenes were completely accurate. When Farrell asked how they felt about not all the movie scenes being 100 percent true, Micky replied they added a “creative twist” to the movie, but 75 percent was based on true facts.

Farrell wrapped up the interviews by adding, “They refused to lose, they refused to quit. When you think about quitting, you think about Micky Ward.” Farrell knows that Dicky and Micky never give up their dreams and desires, and he urged the audience to do the same. As the lecture came to a close, all three men were given a standing ovation by over 500 people in the auditorium.

This event was sponsored by the Student Events Committee. LVTV, the Student Activities Office and the Student Senate also supported this event. All admission proceeds will be donated to the 21st Annual SGA Auction to Benefit the Homeless & Children in Need. Proceeds will also be given to Abby’s house, Sherry’s House and the Mustard Seed. 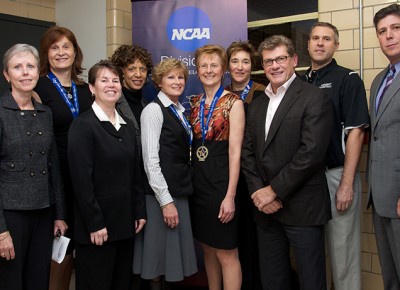 If anything can be said, everyone took away something last night from the “Evening of Excellence” program that was held at Worcester State University’s Sullivan Auditorium on Tuesday, October . . .