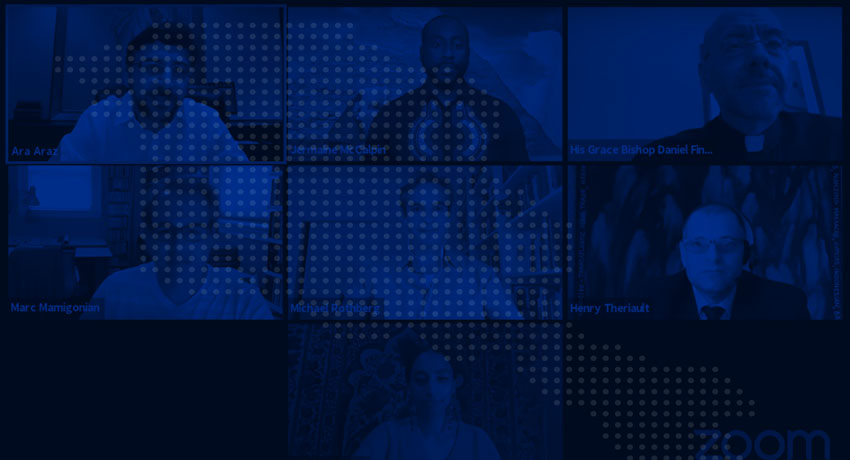 In recognition of the recent Black Lives Matter protests, Henry C. Theriault, Ph.D., associate vice president for academic affairs, recently moderated a panel discussion of distinguished experts examining the legacy of racial violence and inequality from post-emancipation to the present. The panel also discussed the roles we all play in helping to sustain systemic injustice, domination, and racism.

Co-hosts were Ara Araz, an Armenian community leader and activist at St. Leon’s Armenian Apostolic Church of Fair Lawn, N.J., and Marc Mamigonian, director of academic affairs at the National Association of Armenian Studies and Research. Panelists were Kohar Avakian, a Ph.D. candidate in American Studies at Yale University and a Worcester native; Jermaine McCalpin, Ph.D., chair of African American studies at New Jersey City University; Michael Rothberg, Ph.D., Professor of English and Comparative Literature and the 1939 Society Samuel Goetz Chair in Holocaust Studies at UCLA; and Bishop Daniel Findikyan, Primate of the Eastern Diocese of the Armenian Church of America.

The event came about after Theriault was asked by Araz to help put together a program on white Armenians’ responsibility for supporting the BLM movement.  “We wanted to raise issues of Armenian racial identity and challenge white Armenians to recognize our role in the system of racist oppression,” says Theriault, who is president of the International Association of Genocide Scholars.  “We also wanted to take on sustained action and self-transformation in support of the BLM movement and the broader anti-racist struggle in the U.S. today.”

The effort was motivated in part, Theriault says, by Avakian’s article in The Armenian Weekly about her experiences and concerns as someone of mixed Armenian and Black (as well as Nipmuck) identity.

Also influential was Rothberg’s work and pieces that Theriault and McCalpin have co-authored on reparations. McCalpin has spoken twice at Worcester State, the first time in 2005 on Black American and South African reparations as part of the conference on the global reparations movement organized by Theriault and Dennis Brutus, a South African poet and human rights activist with a longstanding connection to WSU. The second time was with New York Times bestselling author Chris Bohjalian (“Midwives,” “The Red Lotus”) as the main speakers at the 2016 Worcester State Armenian Genocide commemoration.

“Professor McCalpin has done tremendous work on Armenian Genocide issues and couched his remarks at the BLM event in the spirit of asking white Armenians to do the same on behalf of African Americans and other Blacks in the struggle for justice and equity,” Theriault says.

Another dimension that has emerged in discussions among the Armenian community, which was emphasized during the event especially by Bishop Findikyan, is a call for self-reflection on Armenian identity.

“There was discussion about the need for transformation away from the exclusion of mixed-race Armenians and other Armenians considered marginal in the community toward full inclusion and a rethinking of what being Armenian means,” he says.

In his remarks, Theriault noted that, while the event had an Armenian element, the issues of Armenian identity that it opened up hold in very similar ways for other white immigrant groups who have faced oppression and violence in the past but have, because of the difference between the impacts of ethnicity and race, been able to change status in the United States racial hierarchy in a way that Black people are systematically prevented from doing. 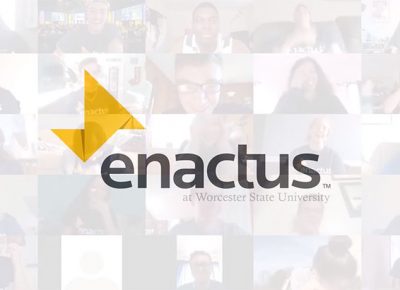 Like many student clubs, Worcester State’s Enactus was forced to go completely remote with the emergence of the global COVID-19 pandemic in early March. Nonetheless, the team—which includes . . .