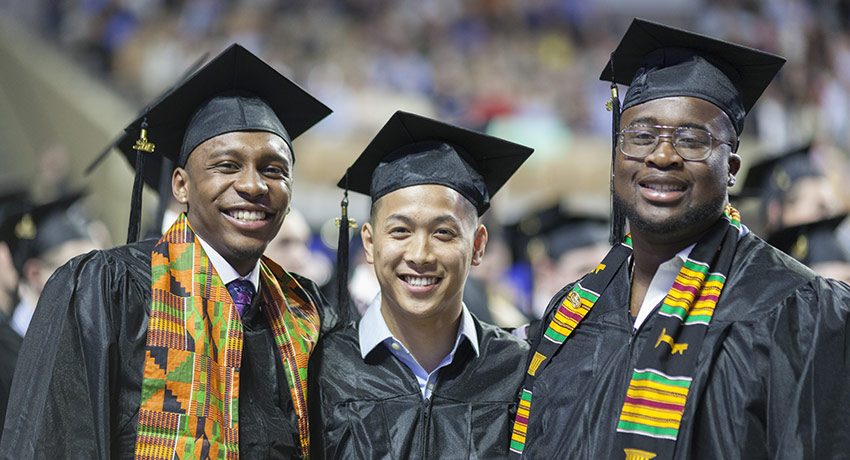 The 100 Males to College (100MTC) Worcester program is a partnership among the Worcester Public School District, Quinsigamond Community College, and Worcester State University that offers dual enrollment courses to any male high school student attending public school in Worcester. The program, made possible through a grant funded by the Massachusetts Department of Higher Education, has a goal of increasing college attendance rates of students in the program through early exposure to college coursework and the navigation of expectations of degree-seeking students.

The first year, 2017, 100MTC Worcester set a modest goal of 50 male high school students. That year, 97 students were exposed to courses such as Intro to Microcomputers, Intro to Sociology, World Music, and Photography, and they accessed college resources like study equipment, textbooks, and technological resources needed to satisfy course requirements. Most participants (74 percent) received a grade of B or higher, which is impressive considering the average grade-point-average for all 100MTC is just above a C, resting at 2.3 GPA. Of the 12 high school seniors from the Worcester program, seven continued on to attend public higher education institutions in Massachusetts and are tracking for success.

The 2018, 100MTC Worcester again served 97 students from a wide variety of demographics including 26 percent Latino, 21 percent African, 14 percent African American, 13 percent multi-ethnic, 12 percent Caucasian, 12 percent Asian/Pacific Islander, and 2 percent identified as other. The group included 43 seniors, 45 juniors, eight sophomores and one freshman. Dual enrollment courses were similar to the 2017 cohort, with the inclusion of Jazz in America, Youth and Latino Issues, and Intro to Mass Communications. Of the 43 high school seniors, 41 enrolled at various higher education institutions in the Commonwealth of Massachusetts, one enrolled at the University of Indianapolis, and two remained enrolled in Job Corps.

The current cohort for 100MTC Worcester is trending for success as in previous years, with 98 male participating in the program. The group has similar demographics, and the first semester grade point average is B or above for 65 percent of all participants.

Data gathered from interviews and surveys of all cohorts of 100MTC Worcester indicate that planned activities and engagement beyond the classroom have had significant and lasting impact on success, with everyone striving toward a common goal. Study halls, student-centered games and Wellness Center activities, Saturday workshops, and mentorship programming with Worcester State University students, faculty, staff, and alumni, were touch points the data indicated made a different for student success in the dual-enrollment program. 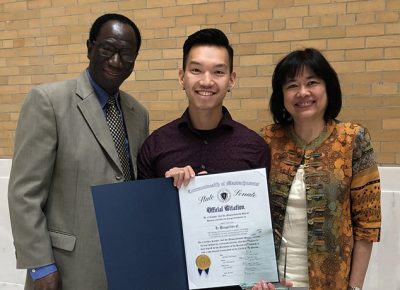 May Street Elementary School math and science teacher Jimmy Nguyen ’17 received the 2019 State Universities Educator Alumni Award for Worcester State University on Tuesday, May 28, at the . . .