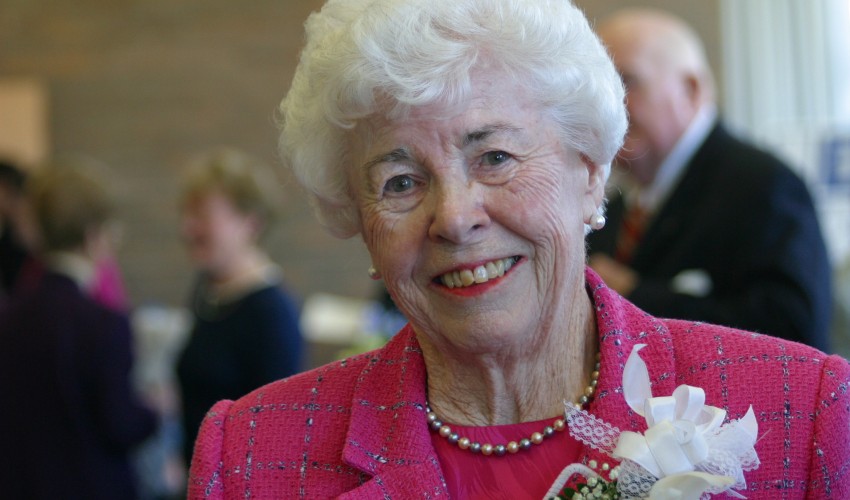 The Worcester State College Board of Trustees voted unanimously Monday night to name the newly renovated Administration Building in honor of the late Helen G. Shaughnessy, a beloved alumna and esteemed College professor and administrator, and its theatre for The George F. and Sybil H. Fuller Foundation.

Shaughnessy, a member of the Class of 1943, was an active and loyal member of the Worcester State College community for more than 60 years. President of her senior class, she subsequently enjoyed a notable career as an elementary school teacher, elementary supervisor, and WSC associate professor, administrator, Foundation Board member, and volunteer par excellence. Shaughnessy received an honorary doctorate degree in 1986, a Distinguished Alumni Award for Outstanding Service to Alma Mater in 1990, and was the 2003 Scholarship Tea honoree. She established an endowed scholarship for Education majors in 1999.

Pledges and gifts of over $1.2 million from Shaughnessy’s classmates, students, friends, and colleagues for this naming opportunity brought the proposal before the Trustees. More gifts and pledges in Shaughnessy’s memory are expected as part of College’s $10 million fundraising campaign, “Opportunity for a Lifetime: A Campaign for the Future of Worcester State College,” which ends next June.

A positive vote by the Trustees would also recognize The Fuller Foundation for a $500,000 grant it awarded in 2006 to renovate the theatre.

The George F. and Sybil H. Fuller Foundation is a private independent foundation which supports nonprofit, 501(c)(3) organizations in Worcester and surrounding communities. The interests it supports include cultural organizations, area colleges, hospital and support agencies, recreation and youth development, and religious institutions.

“”Helen Shaugnessy exemplified excellence in everything she did,”  said George Tetler, Chair of the Worcester State College Board of Trustees. “We are very fortunate, as a board, to be able to celebrate and honor her memory in this way.” 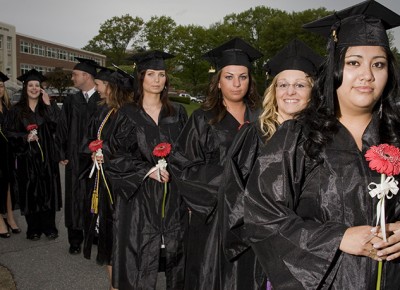 Worcester State College’s 33rd annual Nurse Pinning Ceremony recognized its graduates in a ceremony steeped in tradition, May 14, 2009.  According to Jilian Parzych, co-president of the Nursing . . .