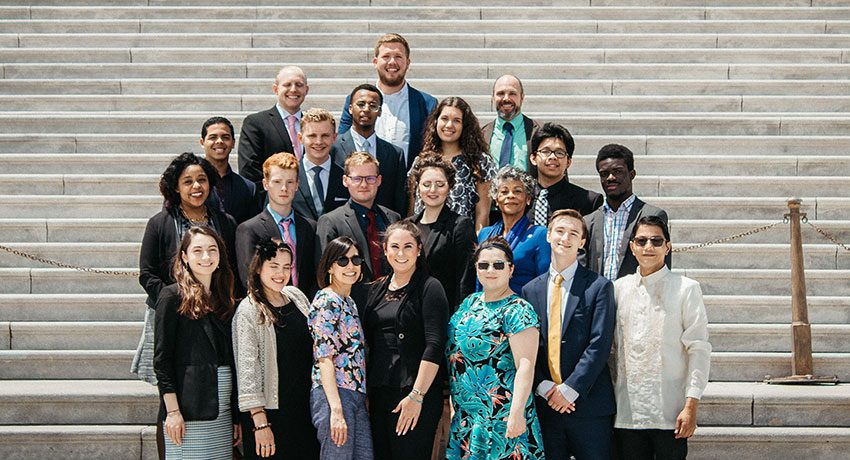 Up to Us: Students Raise Awareness of National Debt

While some students are aware of their own debt, Worcester State students are helping to call attention to something much bigger and more impactful–the national debt.

Sophia Palmacci ‘20 is the leader of a campus chapter of the Up to Us project, a nationwide program that raises awareness about fiscal policy. Teams at higher-education institutions encourage students to learn about the debt of the United States and how it will affect their futures.

“I was able to get involved with the Up to Us project through Dr. Mark Wagner,” Palmacci, an English and secondary education major, says. “I reached out to him explaining my interest and he helped me start a team. Things took off immediately.”

Students raised awareness on campus by hosting events, such as a “Deficit Disco,” and speaking to classes. Increased awareness resulted in pledges collected from WSU students.

That achievement allowed Palmacci to represent Worcester State University at the 2019 Up to Us Conference, held June 9-12 in Washington, DC.

“The conference was incredible,” Palmacci said. “[It] was jam-packed with amazing speakers and students alike.”

The trip included touring the POLITICO Offices, attending the Peter G. Peterson Fiscal Summit, networking with other conference attendees, and meeting with elected officials on Capitol Hill. At the fiscal summit, students heard speakers such as Nancy Pelosi and Mick Mulvaney talk about fiscal policy and the national debt.

Palmacci, who plans to attend graduate school and obtain a master’s in education policy and leadership, says she learned a great deal from this experience.

“I was able to educate myself, as well as others, throughout the course of this,” she says. “The national debt is something that will affect each and every one of us very soon, so it is my job to help educate those who do not understand what the future may hold if we do not act now.” 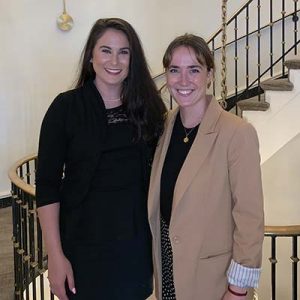 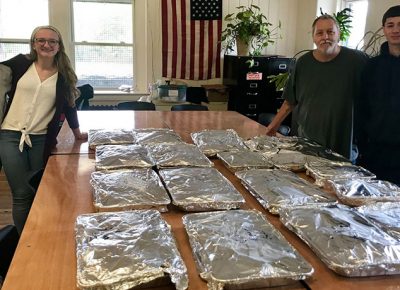 One Student’s Success at Reducing Food Waste at Worcester State

After carrying 18 trays trays of food out of the Sullivan POD and bringing it halfway across the city, Rachel Stelmach ‘21 knew her efforts were a success. Stelmach, a nursing major, established . . .