Dr. Madeline Campbell and Dr. Thomas Conroy (Urban Studies) took students from two Urban Studies classes to the Islamic Society of Boston and Community Center, the second largest mosque in the northeast. On February 21, students in either Gender in the City or Human Identity traveled to Roxbury, Mass., for this eye-opening experience.

Writing about the architecture, which is a blend of traditional mosque form with local brickwork thereby fusing Islamic and local traditions, another student claimed, “I was struck by the simplicity of the mosque itself. … Thank you Urban Studies for giving us this exposure and shedding light into dark places.” 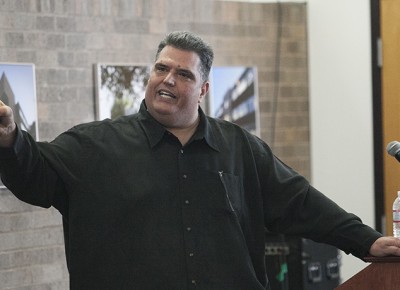 Becoming a convincing undercover FBI agent who successfully infiltrates a mob family or drug ring requires such serious attention to detail that the Federal Bureau of Investigation has created . . .