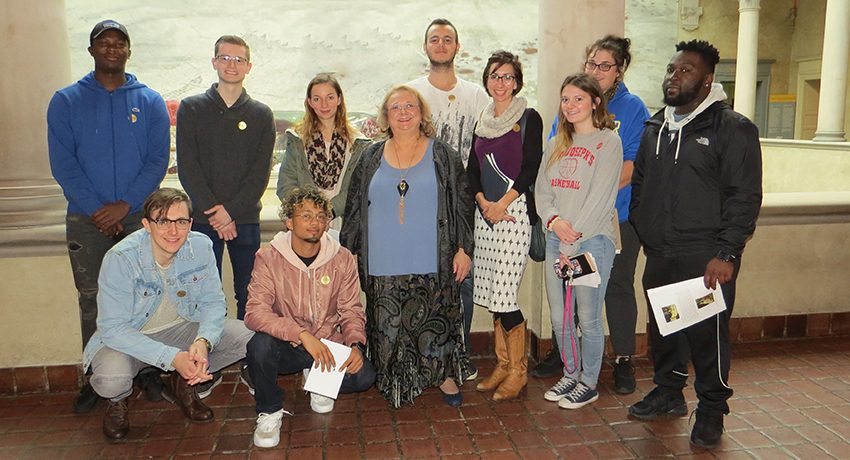 Several Worcester State University professors stepped aside for one or more class sessions this semester so their students could hear stories of art, history, and culture told by docents at Worcester Art Museum and Worcester Historical Museum.

It was part of WSU’s ongoing effort to forge stronger student connections with educational resources in the city of Worcester, including the Worcester Art Museum with which WSU has a collaborative partnership.

Assistant Professor of Philosophy Elena Cuffari, Ph.D., took her Philosophy of Love and Sex class to WAM for a docent-led tour of four paintings that depicted the objectification of women and some risks of heterosexual relations that both men and women navigate: “Woman at Her Toilette” by School of Fontainebleau, “Paris and Oenone” by Pieter Lastman, “Card Players and Mary Makers” by Jacob Duck, and “The New Objectivity” by Otto Dix.

As she described aspects of each painting, docent Antonella Doucette gave students a historic and cultural overview as well as how women were viewed and treated by society. “She picked paintings that fit the syllabus so well and added the dimension of a historical perspective, a particular historical perspective that I don’t get a chance to teach,” Cuffari said. The students “got to see how continuous these themes are.”

Cynthia O’Neil, an English and history major, observed the broad impact of societal expectations in her assignment. “Each of these paintings portray the double-bind of masculinity and femininity and the potential dangers of them in their own way,” she wrote.

Bullard’s photograph collection has captured the interest of artists and historians for a variety of reasons, including that he used glass-plated negatives, left behind over 5,400 negatives when he died in 1918, took many portraits of residents in Worcester’s Beaver Brook neighborhood, which no longer exists, and kept a ledger of his subjects.

Okuda said that she wanted to show a connection between nationalism and the meaning of belonging in neighborhoods such as Beaver Brook. It related to students’ research of the country origins of Worcester residents and the nationalism that may have occurred in those countries, she said. But she also asked students to analyze the exhibit’s specific themes: resettlement after Emancipation, race in America, and formation of community.

The benefits of taking classes to view exhibits at WAM or WHM include “helping students have something tangible to connect to in their course topics and what they might be reading about,” she said.

Cuffari agreed. “The students saw more connections than they even expected to, more than I even expected to, given that I’d only had a few conversations with museum staff, and one visit ahead of time,” she said.

In all, nearly 200 WSU students toured exhibits at the Worcester Art Museum and Worcester History Museum as part of various classes this semester. The President’s Office assisted with bus transportation. 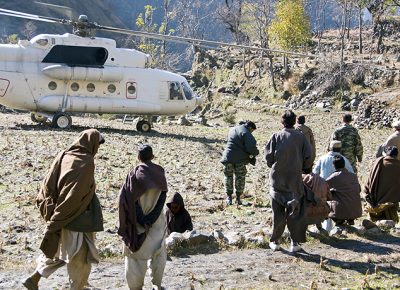 Worcester State University students learned about the vital humanitarian work of an international emergency medicine physician from an expert in the field, Stephanie Kayden, M.D., the chief of the . . .