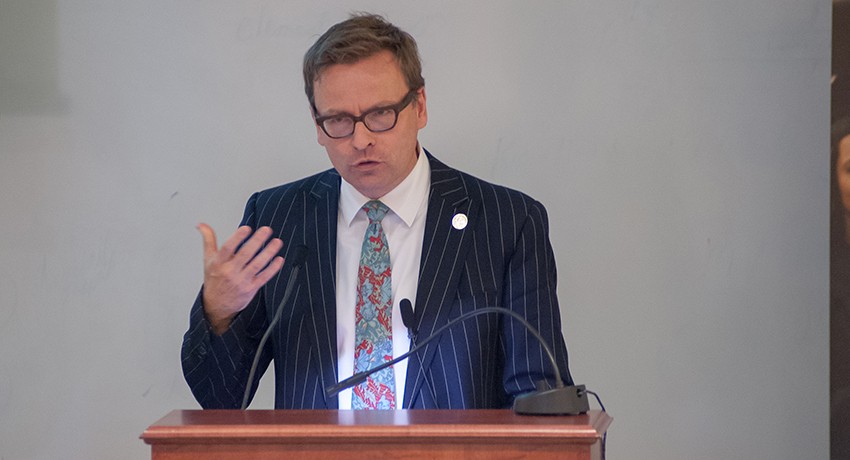 On Wednesday, September 19, a lecture by Worcester Art Museum Director Matthias Waschek and an internship and volunteer opportunities fair, “Creating the Future,” kicked off a three-day celebration of the inauguration of Worcester State University President Barry M. Maloney.

Wascheck, during his lecture “The University and the Museum: A Dynamic Relationship,” spoke at length to a packed lecture hall in the Ghosh Science and Technology Center about the enormous potential for WAM and WSU to collaborate on creative and community-engagement projects.

“Imagine what we could do by working together,” he said.

“What do universities do? They open doors to a globalizing world,” Wascheck said. “We can play a part in this.”

Because of its size, the WAM can create “a space of experimentation,” he added. “It’s that experimentation and openness that you need from us as a partner.”

Wascheck’s examples included the compactness of such collections as the Egyptian, Roman, Greek, and Pre-Colombian, which allow for interdisciplinary study because of their close proximity to each other in WAM.

The museum’s Gandhara and Medieval collections are two others. “Look at the halos, the draperies, the feet… The starting point is the Hellenistic period,” Wascheck said. “You have a shared common ground for creation. We can show this through a very productive neighborhood of galleries.”

Collaborative efforts between art galleries and neighboring institutions of higher education or public schools are blossoming for two reasons.

“Foundations are looking to fund projects in which organizations are working together” to address societal problems, he said. “One of the things we need to show (in grant proposals) is that a project has a very strong social relevance in knitting Worcester back together.

Joining forces is another way for art museums to “break down national boundaries,” which was a purpose they served until the 21st century, he explained.

“We’re in a period now where we shouldn’t think about national stereotypes,” he said. “We can afford today, in a globalizing world, to do away with that.”

Worcester State’s collaboration with WAM recently began with the appointment of Professor of Philosophy Dr. Kristin Waters as its Presidential Fellow for Arts, Education, and Community. WAM’s director of audience engagement will be working with Waters, and “from there on, we will have a very deliberate, strategic process” to develop programs, Wascheck said. He hopes that by January 2014, each college or university in Worcester will have a liaison working with the museum.

“It is up to us to convince you all, and up to you to work with us,” he said. “Otherwise it will go nowhere.”

The internship and volunteer opportunities fair, sponsored by the Center for Service Learning and Civic Engagement and Career Services, attracted students for much of the day. Students spoke with representatives of 32 area businesses and non-profits about part-time employment, internship, service-learning, and community-engagement opportunities. They also could register to vote.

The Central Mass Convention and Visitor’s Bureau, UPS, Fastenal, The Bridge of Central Massachusetts, and RFK Children’s Action Corps were among the businesses and organizations present. 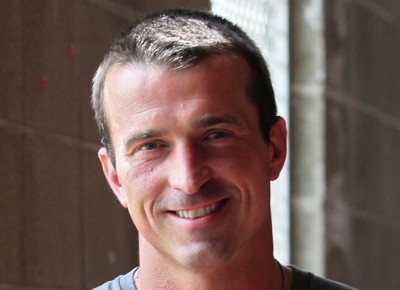 Former Celtics Basketball player Chris Herren will talk about his rise in the NBA and ultimate fall due to addiction as part of the Worcester State University Diversity Lecture Series, Wednesday . . .