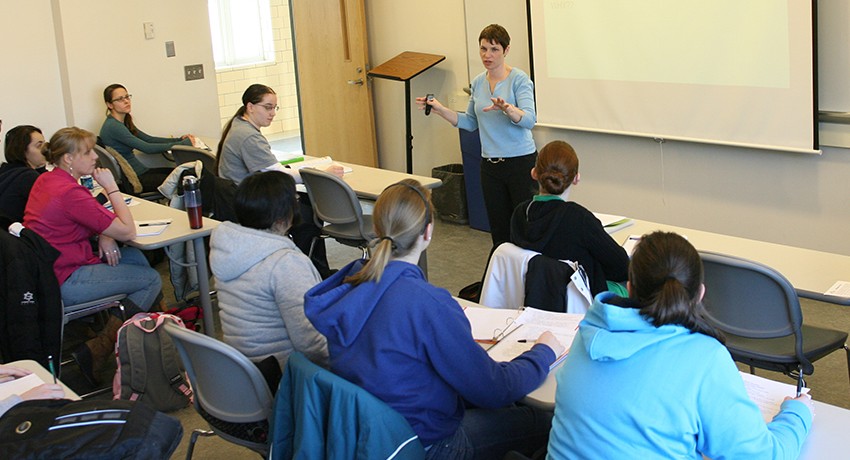 During a frigid January afternoon before the start of classes, in the depths of the Learning Resource Center, small groups of Worcester State faculty members were discussing hot topics for the forthcoming semester, including the new version of Blackboard that will be launched in 2016.

“With this new version of Blackboard, you can record, speak, and create more interactive lesson plans where students can participate.” said David Needham, university training and support specialist. “It’s also a great way to have guest speakers, because you can send them an invite rather than having ITS set up a guest account.”

“And,” he added jokingly, “they don’t have to worry about parking on campus.”

It was one of the many productive sessions that took place during the 6th Annual Winter Institute for Faculty Development, which is promoted as a “mini” version of the University’s May Summer Institute. This year, the sessions drew more than 40 attendees, representing a variety of departments, including English, chemistry, and visual and performing arts.

The focus of the institute, according to Center for Teaching and Learning Director Sue Foo, is to build “learning communities” at WSU: within individual classrooms, across the campus as a whole, and extending into the greater Worcester area. “The goal of the conference is to raise faculty awareness of community-building intellectual initiatives that are already ongoing at WSU, to discuss the challenges and rewards of those activities, and to brainstorm additional opportunities for building intellectual communities,” she said. Foo has recently taken on the directorship of the CTL.

The morning session featured a panel of presenters who shared their experiences with three different initiatives within the WSU community. Following the panel session, institute attendees had the opportunity to join one of three discussion groups inspired by the presentations.

“Enjoy the ability to do research because it keeps your mind active,” said Larrivee. “The way to do it is to be thinking about the people you can work with.”

Using their own research and project results, Larrivee, Meyer, and Soltano were able to demonstrate the numerous personal and professional benefits from faculty and student research.

Across the hall, Professor Ellen Fynan and Assistant Professor Roger Greenwell, both from the Biology Department, were explaining the success of a campus health peer outreach effort that was organized by students in the honors program. The students created “Hump Days,” where the students built a large camel (named Humpelstiltskin) to dispense candy and condoms, as well as distribute information on STDs and the WSU health center.

The students “did this tremendous assessment of health care and services on other campuses and our own campus and by doing so made suggestions to our own health office. These have been implemented, or are in the process of implementation. So, already, they have made changes to our campus through their work – which is really surprising, to be able to do that here on campus,” said Fynan.

“We were so pleased to hear that students were taking that information and going,” said Greenwell, who described the success of the program. “We really want to make this something that happens continuously. Once a month is great, [but] we try to do every other week.”

“I was pleasantly surprised,” said Foo, when asked about the success of this year’s event. “We had more than forty attendees, and I have received lots of feedback on how to further improve the event in the future.” 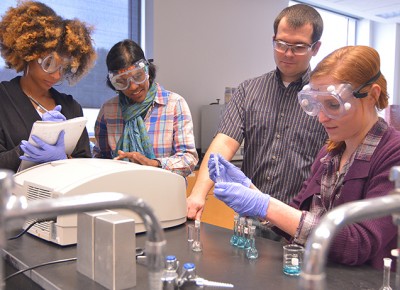