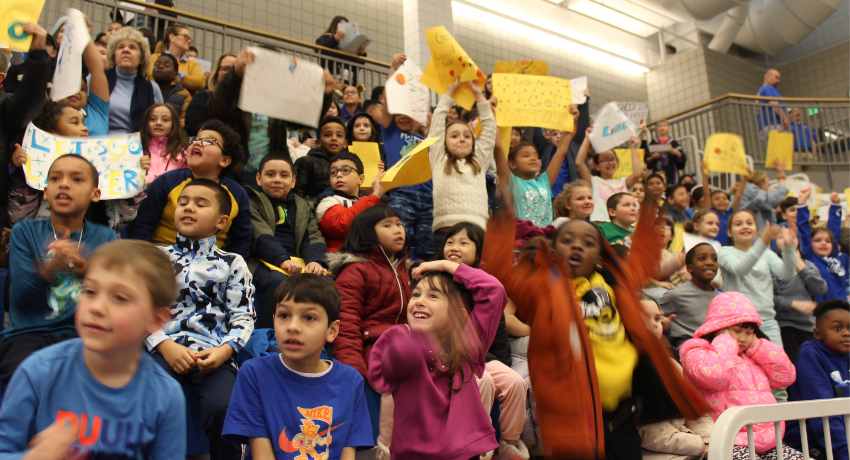 The annual event, which had been on a hiatus because of the COVID limitations, came storming back on Monday with Worcester State hosting more than 500 students from two local schools for an afternoon of exciting basketball and mathematical challenges.

“We are excited to have our Math Madness game back after COVID. We love having the local school kids on campus, they get to combine math work with watching a competitive college basketball game” says head coach Karen Tessmer. “They are having fun while developing their math skills and get the opportunity to cheer on and then meet student athletes from both teams, a “win-win” for everyone!!”

Students from the neighboring May Street School and Tatnuck Magnet School arrived in a buzz of excitement with their provided grade-appropriate math packets in hand that contained questions that revolved around player statistics and court dimensions in a bid to help foster a love for mathematics and learning. 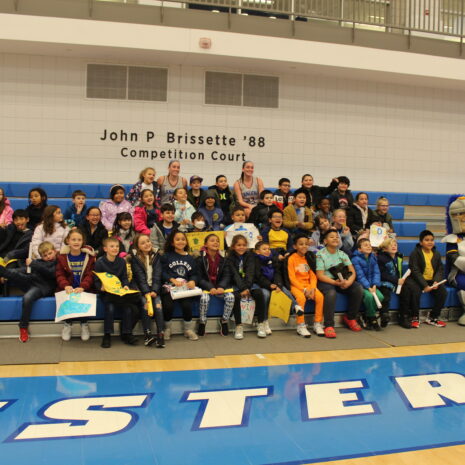 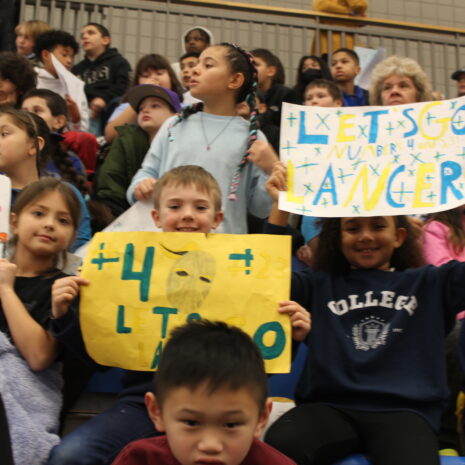 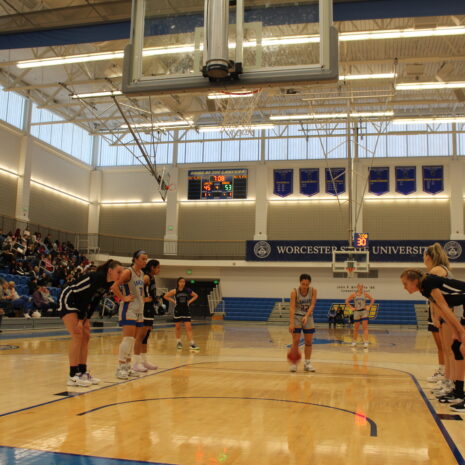 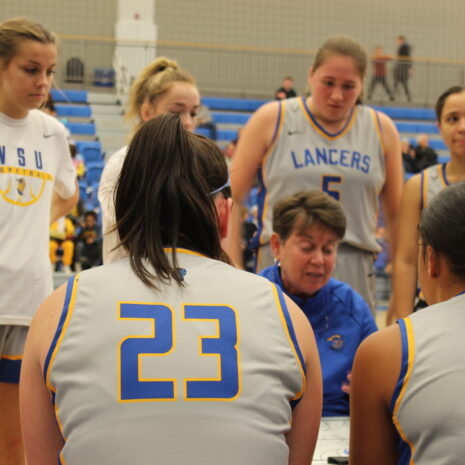 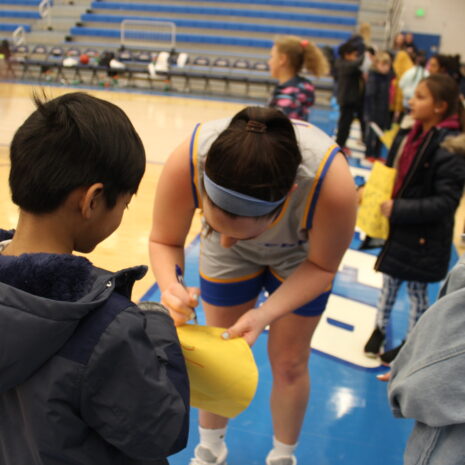 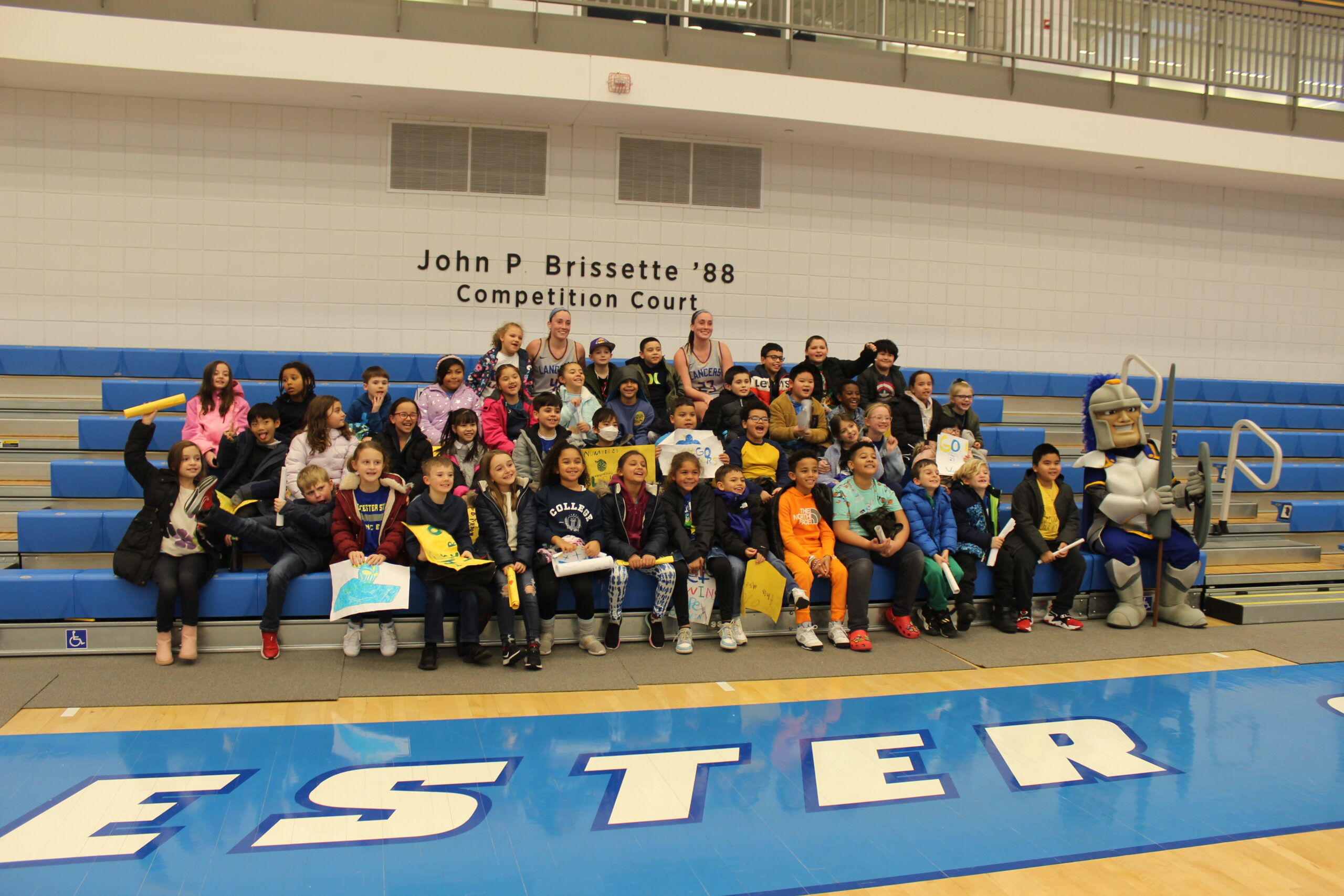 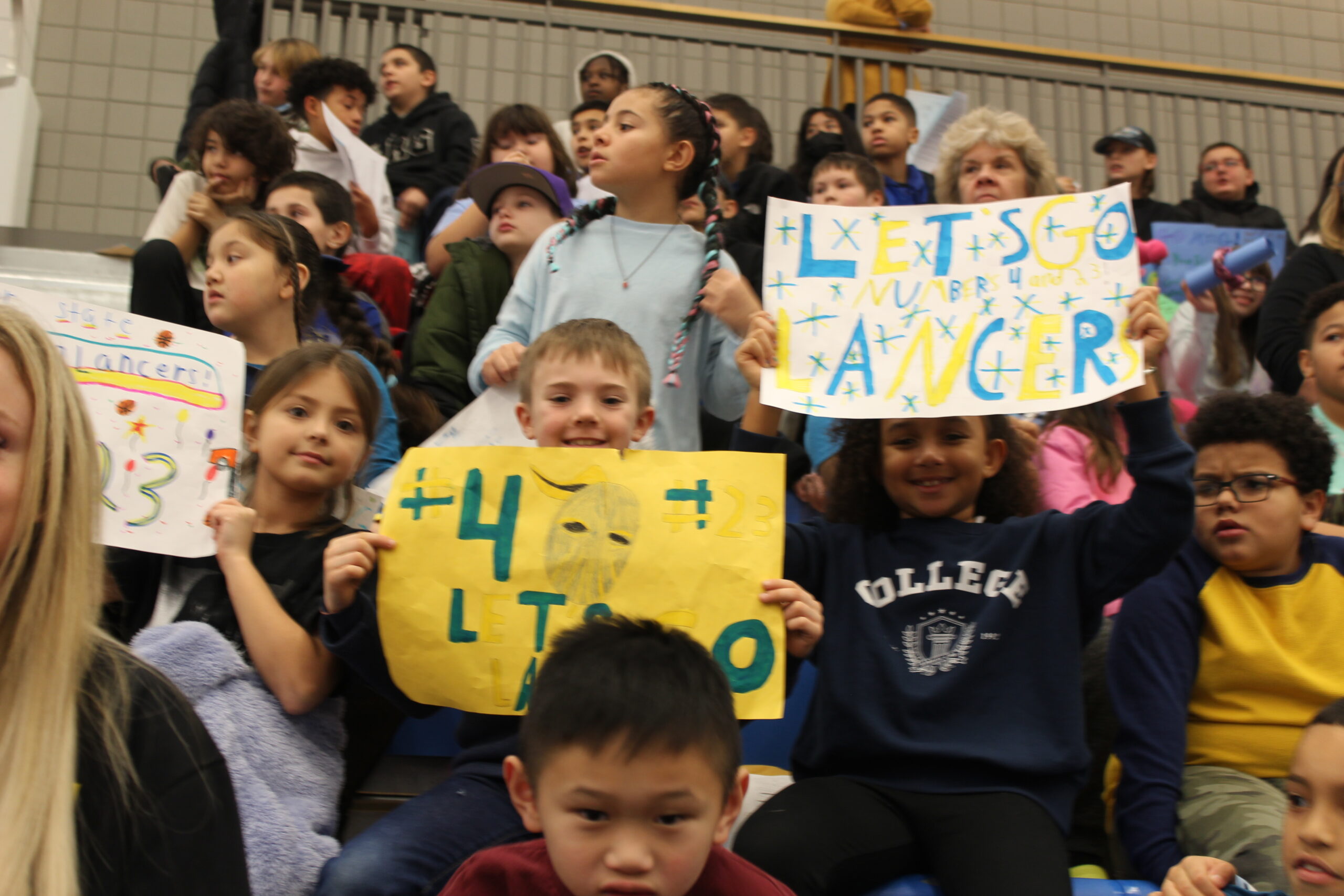 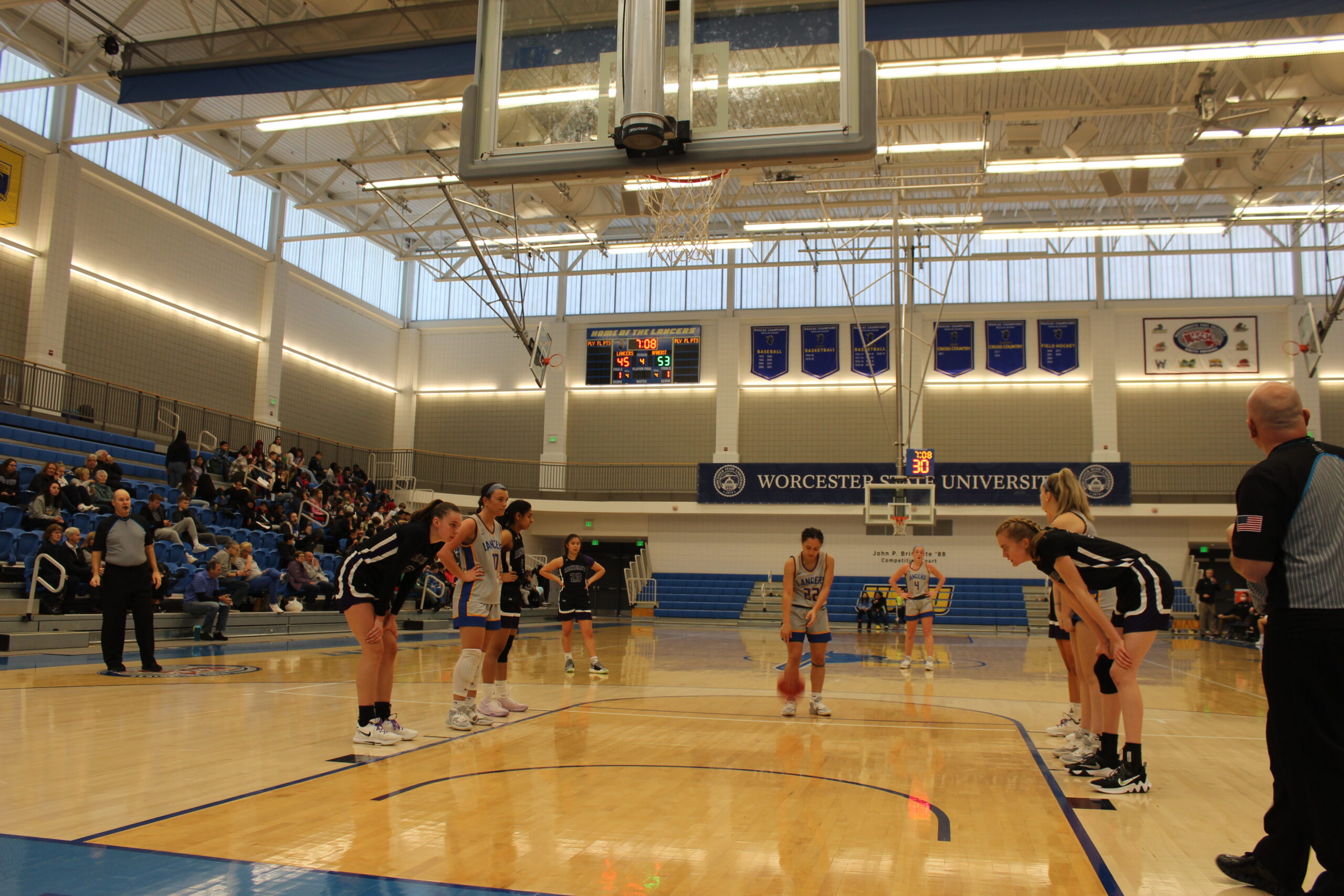 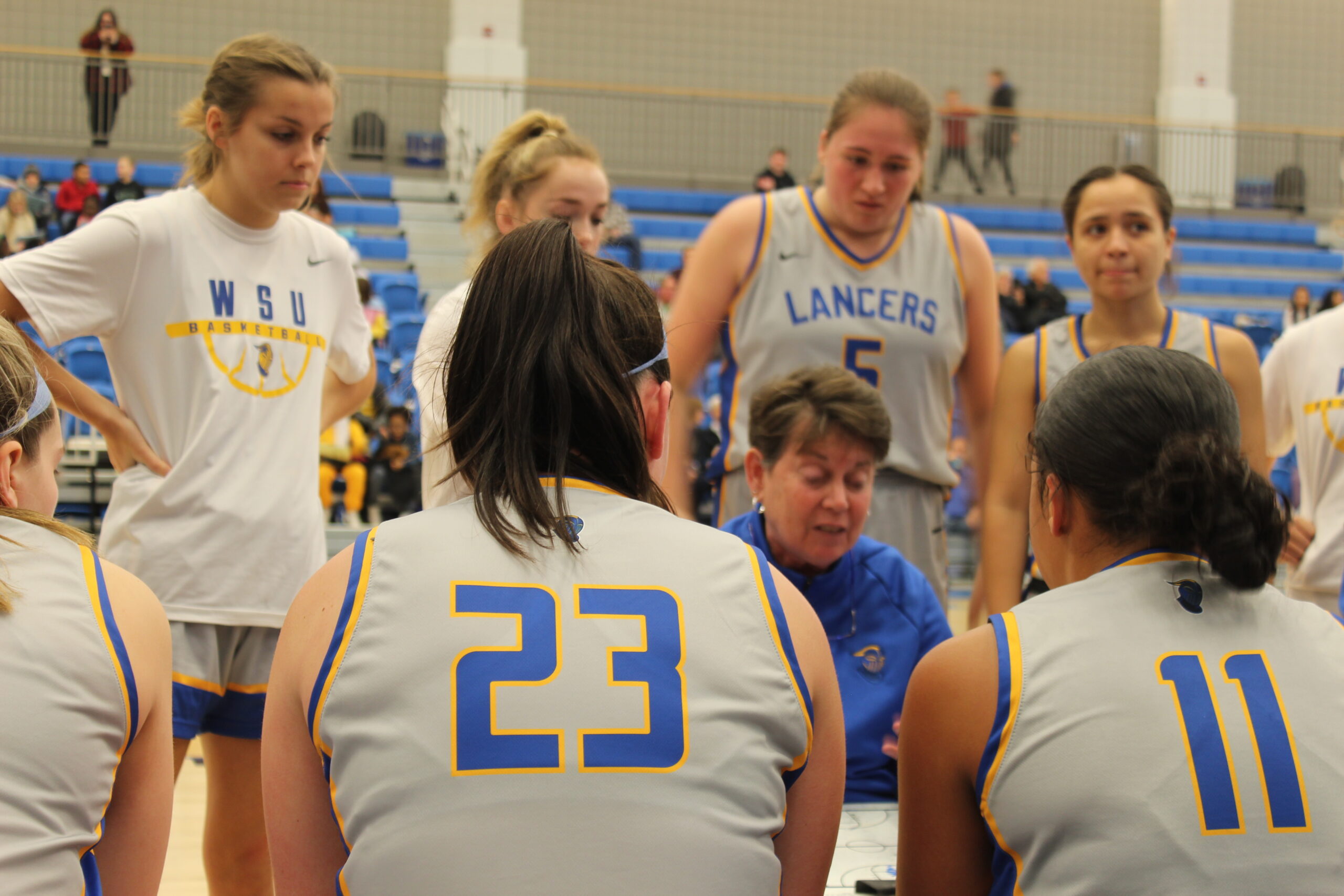 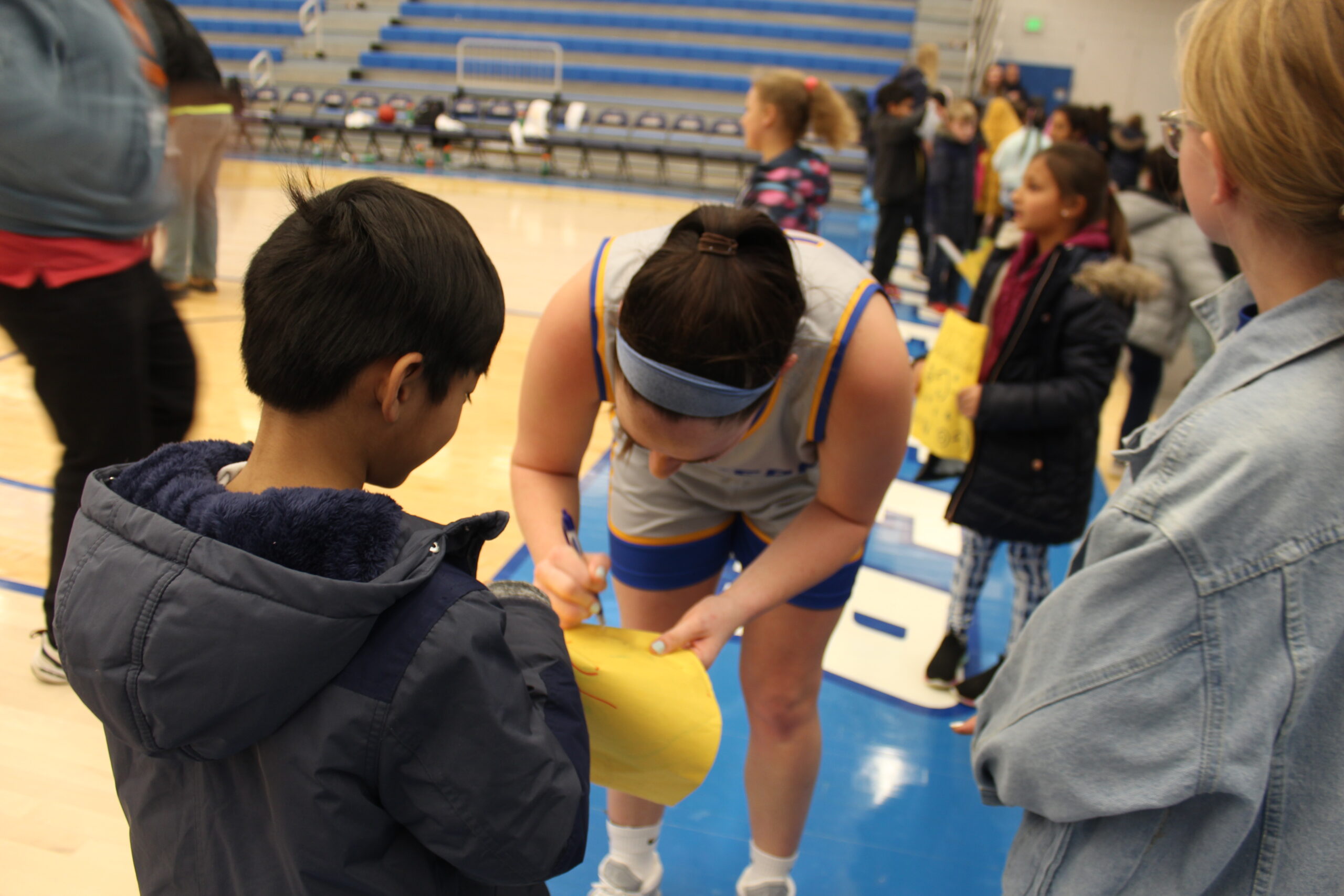 Seniors Erin and Elizabeth Gallella are currently completing their student teaching hours in the local schools, which added another level of excitement, not only for the team, but the students in attendance. Elizabeth Gallella, who played her first home game of the season after an early season injury, found this year extra special. “Math madness is such a great experience, and this year was even more special. Having our students there was awesome and hearing, ‘Go Ms. G!’ is something I’ll never forget. Even though we lost, the kids still had so much fun and so did we.”

Gallella, behind a roar of cheers of “go Ms. G!”, led the team with 15 points in the afternoon.

Throughout the game and halftime, WSU mascot Chandler H. Lancer was interacting with the students, posing for pictures, signing autographs, and completing a fan favorite task, tossing free t-shirts into the stands. At halftime, students were invited onto the court and with the assistance of WSU faculty and staff to complete necessary measurements for equations in their packets.

While the Lancers (4-10) stuck with #15 Amherst for the majority of the game, a late surge by the Mammoths (11-3) clinched the 72-53 victory. The late surge did nothing to dampen the excitement of the day, “Math Madness games are always lots of fun and a great environment to play in,” said Erin Gallella. “This year’s game was extra special though, since the school we student teach at got to be there. Our students got to come and cheer us and the team on. It was awesome and something I’ll now always remember. Math Madness is a great tradition.”

As the final buzzer sounded, students were welcomed back onto the court for a special autograph and photograph session with members of both the Worcester State Lancers and the Amherst College Mammoths. 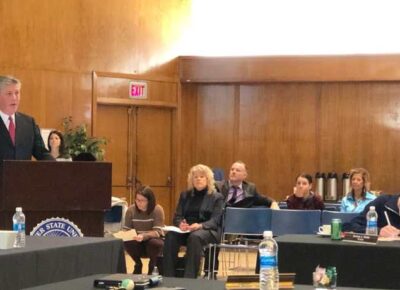 President Barry Maloney presented the comprehensive final report of the 71-member Phase Two work group of the Financial Sustainability Task Force (FSTF) to the Board of Trustees on Tuesday, Dec. 6. . . .