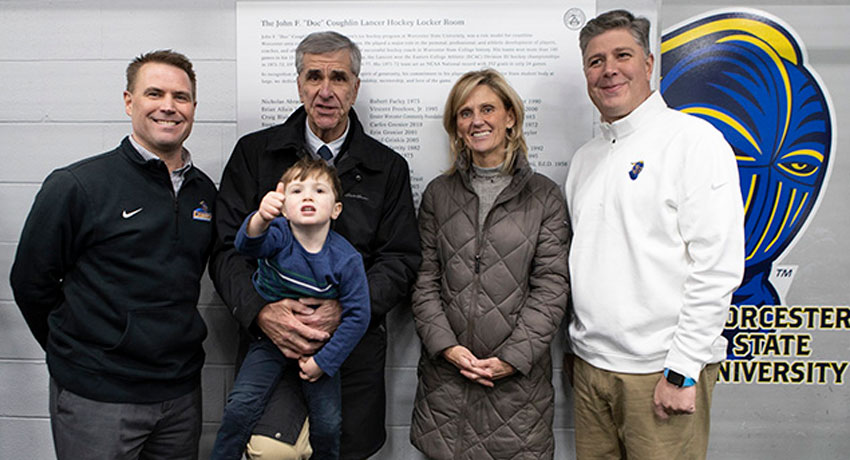 Under Coach Coughlin’s 15-year leadership, the Worcester State hockey team won more than 140 games, including four Eastern College Athletic Division III hockey championships between 1971 and 1977. His 1971-72 team set an NCAA record with 252 goals in only 24 games.

The WSU athletic field was also dedicated to him in 1986 and he was inducted into the Worcester State Athletics Hall of Fame in 1989.

Hockey alumni and friends gathered before the ceremony for a reception at the Compass Tavern and then enjoyed a family skate before the hockey team’s game against Fitchburg State. 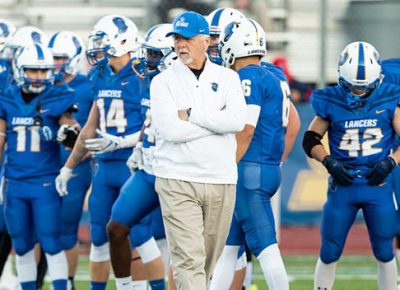 Legendary Worcester State University football coach Brien Cullen announced his retirement Friday morning in a meeting with his team. Cullen retires after 37 years at the helm of Worcester State . . .