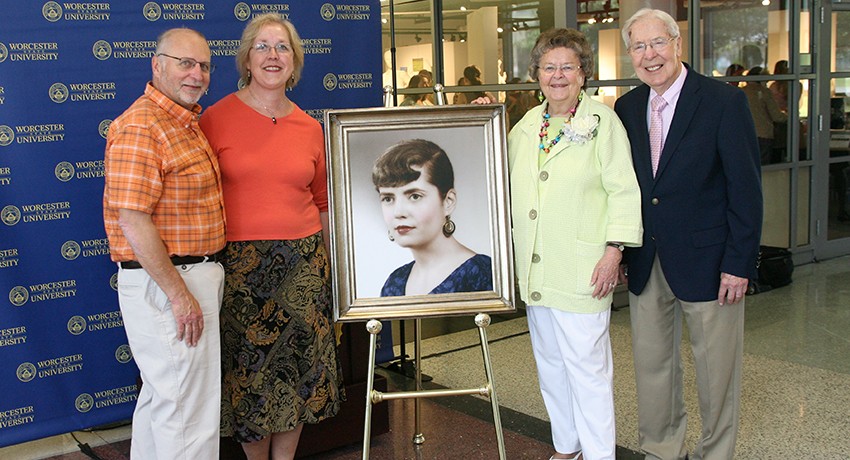 Dolphin taught art at Worcester State for more than 30 years, until her retirement in 1986. Many public school teachers took her classes, and through them she made an impact on students throughout the region.

Dolphin, who earned a master’s degree from Worcester State in 1957, grew up in the Main South neighborhood of Worcester and attended St. Peter Elementary School along with a tight-knit group of girls who would remain lifelong friends and fellow alumni of Worcester State. She traveled widely, studying art in San Miguel Allende, Mexico, and taking courses with Sister Corita, whose work earned international fame in the 1960s and 1970s. Dolphin lived the last years of her life in Albuquerque, New Mexico, and welcomed friends from all over the world.

Following her death in 1992, friends and family established The Mary Cosgrove Dolphin Art Award, which has been given to an upper-level Worcester State student who excels in art every year since then. Jessica Nicole Gain was awarded this honor for the Class of 2013; Gain graduated from WSU with a degree in visual and performing arts in May.

“Mary did so much for Worcester State art,” said Mahan, a childhood friend and member of the reunion committee. “Until she joined the faculty, art instruction at Worcester State was somewhat conventional. Mary injected a more innovative and creative approach. She appreciated individuality and brought out the best in her students.”

Video of the event: 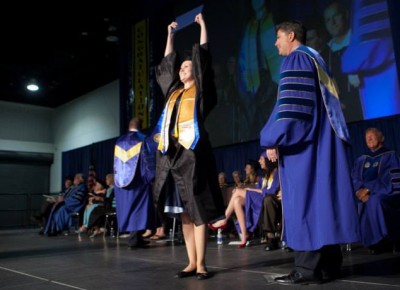 Worcester State University celebrated its 2013 Undergraduate Commencement, Saturday, May 18 at the DCU Center. With 1,019 undergraduate students receiving Bachelor of Arts and Bachelor of Science . . .