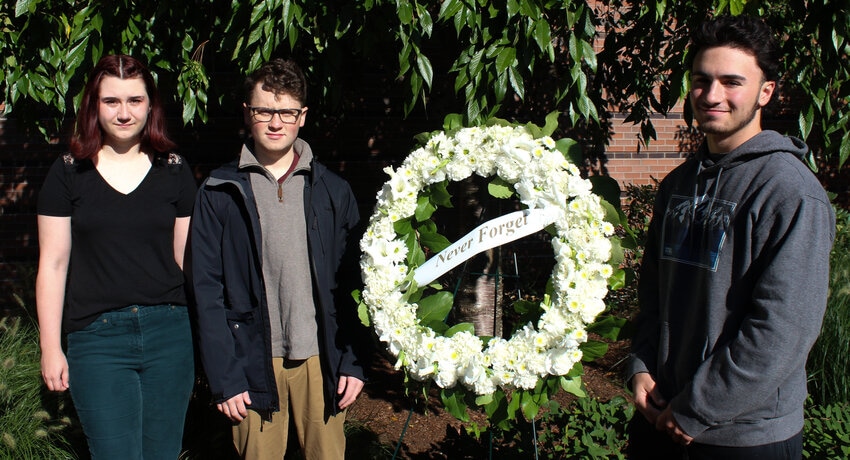 Daniel Bourget ’25 wasn’t born yet when two terrorist-hijacked planes slammed into the World Trade Center towers two decades ago, changing this country and the world forever. Still, he felt it was important to attend a wreath-laying ceremony Sept. 11 on campus commemorating the 20th anniversary of that unspeakably tragic occurrence.

The outdoor event began at 8:45 a.m., marking the time the first plane struck the towers. Though most of his classmates were sleeping in on a still-early Saturday morning, Bourget said he chose to attend because he felt an emotional connection to the tragedy. “It’s a really hard thing to picture when you weren’t even born yet,” he said. “But it was a very sad time, and it should be remembered. Even if you’ve only seen it on video, you know how very tragic it was, and I’m just grateful that it hasn’t happened again.”

Drastically heightened security instituted after that day is likely what has kept us safe from another catastrophe of that overwhelming scale. “Everything, it seemed, changed domestically from that day forward,” President Barry M. Maloney said, following a moment of silence for those who lost their lives in the attack. “No longer could our families accompany us to the gate when we flew. No longer could we walk into the State House in Boston or the halls of Congress without being scanned and subjected to new safety measures. Our K-12 schools, which, because of Columbine were already transitioning from open campuses where students could come and go during the day, became places with metal detectors and security cameras. And, sadly, you learned to be suspicious of those who behaved and maybe even looked different than you. We lost so much that day.”

The campus commemoration was held in the Robin Kaplan ’90 Memorial Park, adjacent to the Binienda Green near the Wellness Center. Kaplan was a Worcester State alumna who lost her life as a passenger on one of the hijacked planes that crashed into the towers. She was 33 years old.

“Robin’s death brought the tragedy of 9/11 home to every student, alumnus, faculty, and staff member of Worcester State,” said Jodi Briggs-Pickett, of the University Advancement Department and one of the event speakers. “Even those who didn’t know Robin personally felt her loss because she was like so many of us. She was one of us. She was and always will be part of the Worcester State family.”

After the speaking program, a wreath was laid on the Kaplan Memorial by first responders representing the Worcester Fire Department, Worcester Police Department, and campus police. Renee Mercier ’22 gave a musical performance.

Before the event, Mercier said she has no recollection of 9/11 because she was only a year and a half old when it happened. “My parents told me what happened that day, but I don’t remember it myself,” she said. It still means a lot to people her age because most know people who were impacted, she said, like the friend of her family who lost someone in the disaster. Students also are moved by the indelible impact 9/11 made on their parents.

“My parents just got really stressed out because my dad was on a business trip, and they couldn’t communicate with him because the phones were down,” Mercier said. “He wasn’t in New York, luckily, but I remember my mom telling me that she was really worried because it seemed that the planes might be coming from anywhere so they could be where my dad was at the time.”

Preston Carr ’22 was only a year old when 9/11 happened, but he attended the campus ceremony anyway because he thinks the events of that day are something we should keep remembering as time moves on. 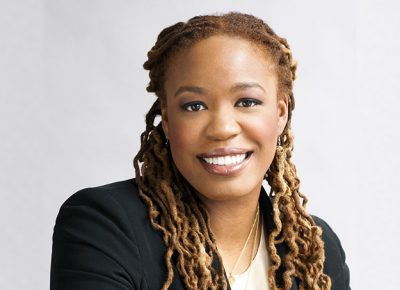 The true cost of racism is devastating – not just to people of color, but for everyone, says Heather McGhee, a groundbreaking author, speaker, and advocate. McGhee, New York Times bestselling author of The Sum of Us and renowned expert on the American economy, will give a talk about the high cost of racism and what we can do about it in an event titled “The Sum of Us: What Racism Costs . . .