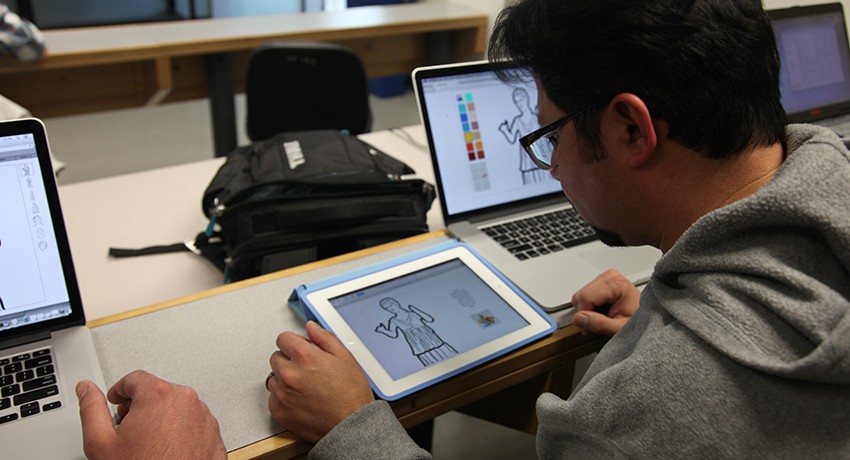 Everybody knows that you aren’t allowed to touch anything in a museum, but the Worcester Art Museum’s Jeppson Idea Lab featuring two Greek sculptures will give visitors something they can touch.

The interactive experience opens in June, but some Worcester State University students don’t have to wait that long to start interacting, because a coalition between the WAM and the University’s Computer Science Department has them actually building the website.

Since the beginning of the spring 2013 semester, students in Karl Wurst’s capstone course have been building the lab’s website, which includes articles, slideshows, screensavers, and interactive activities—like puzzles and painting.

Furman has been a constant presence in the class, meeting with the students on a weekly basis for updates on the project. His presence was a reminder of the kind of professional work that was expected of the students.

“Meeting with Tim each week was like meeting with our supervisor,” said WSU senior Ryan Williams.

WSU senior Andrew Murray is one of the testers.

“Our job is to go through and do everything that the website will encounter,” Murray said. “We purposely try to break the website and find errors, so that the other groups can fix them.”

One of the biggest challenges for the testers and for the class in general has been compatibility. The students had to learn new programs like Javacript and HTML so they could build the website, but they also had to learn how to make those programs compatible with the iPad, which will be the main interactive platform for the lab.

June’s Jeppson Idea Lab is the first in a series of labs, which will change every six months to highlight new pieces in the museum.

The first installment in the lab will feature two Greek statues of the Orante type from the 3rd century B.C. It will be available in the Jeppson gallery from June to October.

Joe Gullekson ’13 is an English major interning for the Public Relations and Marking Office. 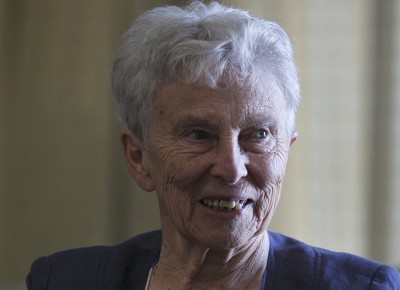 The Worcester State University community welcomed community activist Marion Stoddart to lead a workshop in the Seven Hills Lounge of Wasylean Hall and for a showing of  “The Work of 1000,” a . . .