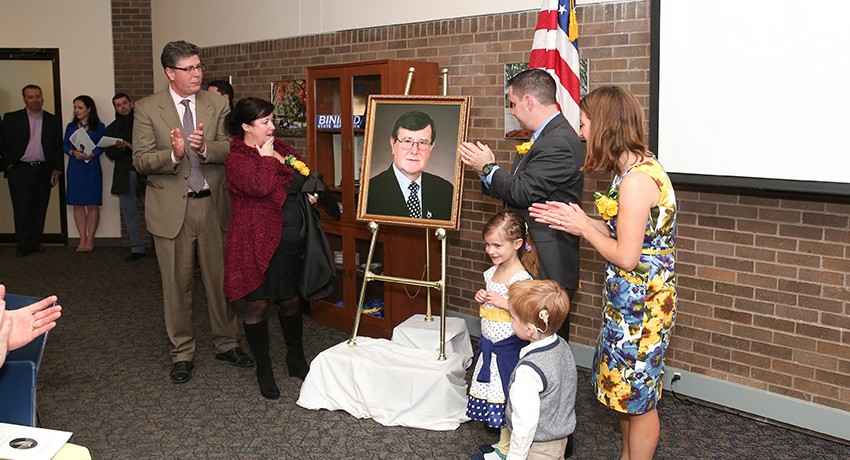 Speakers talked of the strong commitment to family, friends, and community that guided Binienda during his long career in politics.

“I had the pleasure of getting to know him in his last few years of life, and it is clear to me why so many are inspired by his legacy,” said President Barry M. Maloney. “Representative Binienda not only loved his alma mater, he understood who we served and who we continue to serve, just like those constituents he served for so many years.”

Binienda represented the 17th Worcester District for 28 years before retiring in 2014 shortly before his death in August. In one of his final acts, he donated $100,000 to support the service learning and civic engagement activities at WSU, a gift that led to the renaming of the center in his honor. The gift also supports four awards given in Binienda’s name. The 2015 winners are:

“My father never forgot all that Worcester State afforded him,” his son Jamie Binienda ’99 said. “I remember one of his proudest moments was when he gave a commencement speech and was able to hand me my diploma. As his health failed, he made sure he could leave something for the school that gave him and many like him a chance.”

Massachusetts Speaker of the House Robert A. DeLeo was one of several speakers who talked of Binienda’s love of family and his constituents. “John was a fascinating man. Whenever you would talk to him you would learn very quickly what his priorities were,” said DeLeo. “First of all it was always his family. . . He loved the House and the members just loved him.”

After a portrait of Binienda was unveiled, his sister-in-law Maureen Binienda, principal of South High Community School, said she hoped it would inspire students to follow in his footsteps. 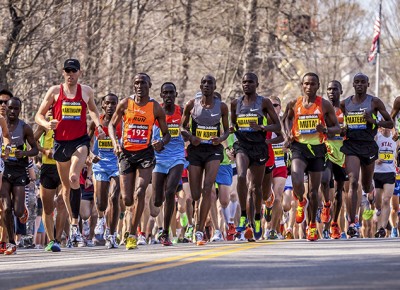 Being in Boston around the time of the marathon every year, Kenyan native Wilson Kiriungi '09 was proud to see the amount of excitement built up around the legendarily fast athletes of his home . . .