Worcester State in Top Tier of US News 2012 Ranking

“I am proud that, once again, WSU has been recognized for its excellence,” said President Barry Maloney. The university was recognized earlier this summer as the only Massachusetts State University as a “Best in the Northeast,” school by the Princeton Review.

“Our faculty and alumni are devoted to the success of all of our students. It is their commitment, day in and day out, that results in positive rankings such as those from U.S. News and World Report and Princeton Review,” added Maloney.

There are two tiers in the north region ranking of the Best Regional Universities. WSU is in the top tier, at number 136. Schools in the second tier are not ranked, but listed alphabetically. The north region consists of Maine, New Hampshire, Vermont, Massachusetts, Rhode Island, Connecticut, New York, New Jersey, Delaware, Pennsylvania and the District of Columbia.
There are 626 universities defined as Regional Universities: schools offering a full range of undergraduate programs and also provide graduate education at the master’s level.

Each school’s rank, within its peer group of institutions, is based 75 percent on measures of academic quality and 25 percent on a peer assessment among top academics at colleges and universities. In the peer assessment survey, U.S. News asks the president, provost, and dean of admissions at each school to rate the quality of the academic programs for schools in the same ranking category, including their own. 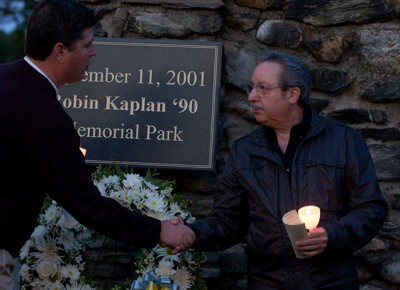 More than 300 Worcester State University students, employees, and guests attended a series of events commemorating the 10th anniversary of 9/11 on Sunday, September 11 and Monday, September 12. . . .