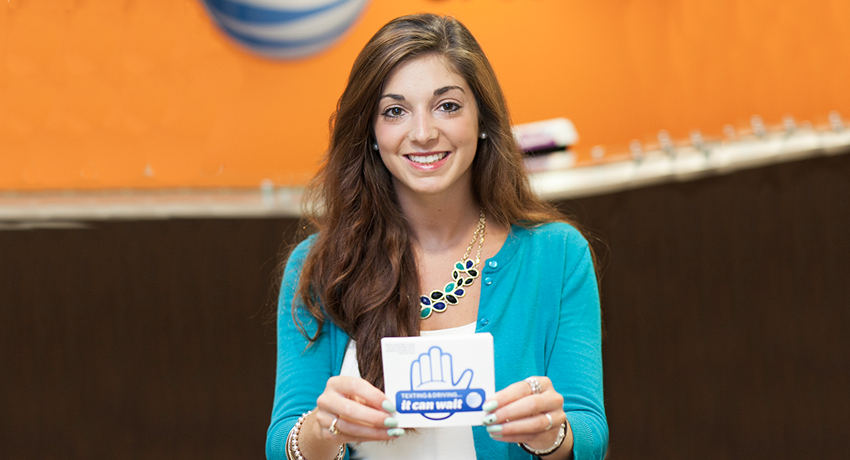 Worcester State University business major Nicole LeBlanc ’14 is spending her summer helping to end the most dangerous form of distracted driving as an intern with AT&T. She is one of seven interns working on the wireless phone company’s “Texting & Driving: It Can Wait” campaign.

“Our job is to make high-school and college students aware of the dangers of texting and driving and encourage them to take a no texting-and-driving pledge,” LeBlanc explained about the 10- to 12-week internship. She applied for the internship opportunity at Indeed.com.

A 2009 Virginia Tech Transportation Institute study, which found those who read and send text messages while driving are 23 times more likely to be in an automobile accident, triggered nationwide initiatives and legislation aimed at stopping the practice. AT&T was among them, launching its nationwide “It Can Wait” campaign in March 2010.

While people of all ages use cell phones while driving, National Highway Traffic Safety Administration researchers have observed an increasing number of drivers age 16 to 24 “visibly manipulating handheld devices,” which includes text-messaging. Observations steadily climbed from 0.3 percent in 2004 to 3.7 percent in 2011. The most dramatic jump occurred between 2010 and 2011 when observations more than doubled from 1.5 percent to 3.7 percent.

Texting while driving is especially dangerous, the Centers for Disease Control and Prevention claims, because it combines three types of driver distraction: taking eyes off the road, taking hands off the wheel, and taking minds off driving.

Initially, the interns were asked to share their ideas and feedback on the campaign, LeBlanc said. They are now out in communities raising awareness—setting up tables at shopping centers at which people can view the documentary “The Last Text,” ask questions, pledge to never text and drive again, and take thumb rings and bumper stickers as reminders to keep their pledge. Sometimes visitors can put their texting-while-driving habits to the test with AT&T’s simulator.

Back at AT&T’s Framingham offices, the interns shadow employees to learn first-hand about business operations such as finance, merchandise and sponsorship. “I have a better understanding about business now that I’m doing this internship,” LeBlanc said.

In particular, she said that she can relate what she learned in WSU’s “Ethical Decision Making in Business” course to what she’s observing at her internship site. “It is nice to see what I learned put into practice at AT&T,” she said.

To date, more than 110,000 people have taken a pledge not to text and drive on AT&T’s Facebook, Friends & Family and employee pages. Nearly 3 million people have watched the documentary “The Last Text.”

LeBlanc, of Marlboro, will be bringing this important message to the Worcester State campus during Welcome Week September 4-13. She will also partner with the University Police Department to hand out “Texting & Driving: It Can Wait” bumper stickers. “I want to let my fellow students know how dangerous texting and driving is,” she said.

Massachusetts is one of 41 states and U.S. territories that have a law banning drivers from text-messaging. It also bans emailing, Internet searching, and other non-calling activity on a phone or other device while driving. The law bans all cell phone usage while driving for drivers under 18. 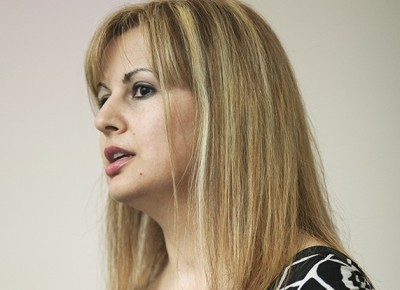 Worcester State Student Makes a Difference for Children in Syria