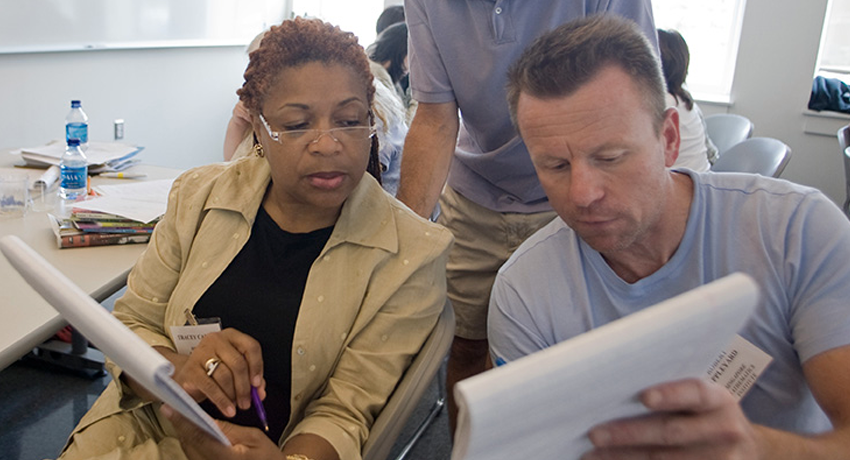 Math educators from around the United States and as far away as Norway will be on campus next week to improve their mathematical knowledge during the first session of the 2013 Singapore Math Institute at Worcester State University. Students in Singapore regularly score at the top of international studies of math performance.

The brainchild of Professor of Mathematics Richard Bisk, Ph.D., the Singapore Math Institute aims to “deepen teachers’ understanding of the math they teach to children.”

Bisk founded the four-day program in 2007. “I became convinced that how people feel about math has a lot to do with how they learn it,” he said. “If you have elementary teachers who are uncomfortable with math, that is likely to be transferred to their students. The Singapore Math books we use are tools for teachers to learn math better.”

Bisk is leading next week’s session after spending part of his recent sabbatical in Singapore. “What I learned there is now being integrated into this program,” he said. The chair of the Mathematics Department, Mary Fowler, Ph.D., and math major Hongyen “Ing” Cao will assist him.

Bisk said he found that Singapore children are willing to struggle with difficult math problems, even when they couldn’t solve them. The teachers he observed seemed “much more comfortable” with math than in the United States, he added.

There are no seats available for next week’s session, which will run June 24-27. It has attracted educators from around Massachusetts: Worcester, Westboro, Littleton, Greenfield, East Falmouth, Weymouth, North Dartmouth, and Andover. Educators from New York, Pennsylvania, Maryland, Florida, Kentucky, Wyoming, California and Nedenes, Norway, also plan to attend. In past years, attendees have come from Portugal and Hawaii.

There is availability in the second program scheduled for July 10-12. Bisk will co-teach this conference, titled “Where Content Meets Pedagogy,” with Yeap Ban Har, Ph.D., one of the world’s most renowned teachers of Singapore Math.

The conference, held in collaboration with Marshall Cavendish Institute since 2010, will feature lectures, breakout sessions, and presentations by two teachers who have spearheaded the implementation of Singapore Math at their schools: Kevin Mahoney of Ten Acre School in Wellesley and Josh Rosen of the Dobbs Ferry, N.Y., school system.

“Yeap is a mathematics educator. I am a mathematician. We will approach the same material from different angles,” Bisk said.

To register for the July conference, contact Dr. Roberta Kyle at rkyle@worcester.edu or 508-929-8130. For more information about the content of either program, visit www.worcester.edu. 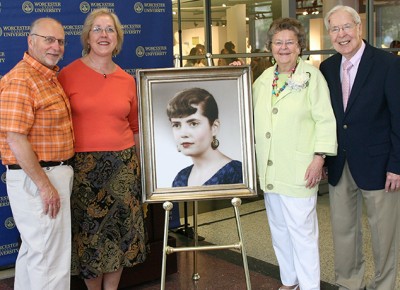 Worcester State University dedicated the Mary Cosgrove Dolphin Gallery in honor of the late Worcester artist and art professor on Saturday, June 1. Noted local artist Terri Priest was among the . . .