Worcester State University will be celebrating Black History Month – February – with a series of events on campus. These events are coordinated by Third World Alliance, which is a student organization dedicated to promoting diversity and inclusion.

The month-long programming kicks off on Friday, February 2, when the first episode of the 2016 History Channel miniseries, “Roots,” will be shown. Events continue next week, which students have dubbed “Black History Month Spirit Week,” in order to share enthusiasm and create a movement of support for people of color at WSU.

In addition to these activities, more will be held the remainder of the month, including:

Ashley Downes is an intern in WSU’s Campus Communications office. 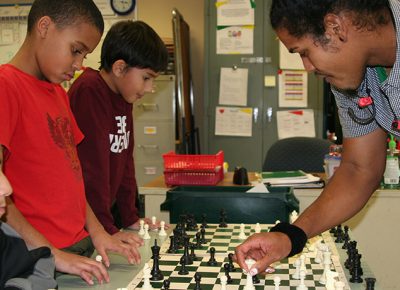 One of the secrets to the success of the WSU Civic Corps is how often local community service opportunities align perfectly with participating students’ interests and career goals. It also shows . . .