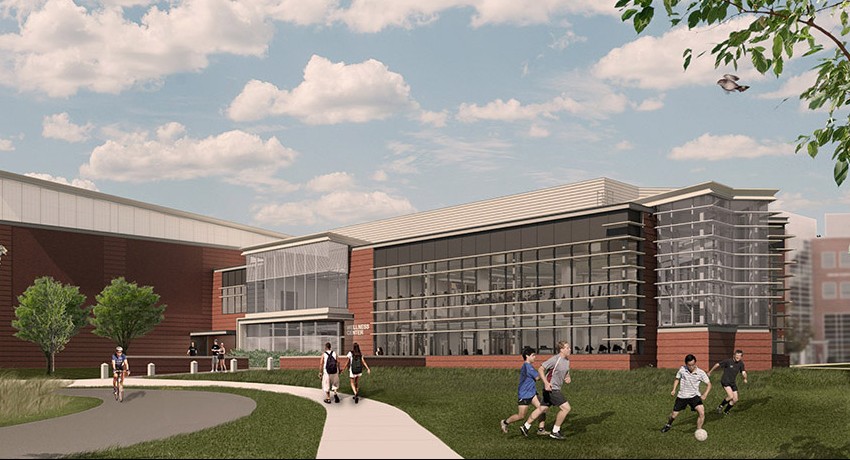 On Wednesday, October 22, at 10 a.m., the campus will officially break ground on construction of the $52.6 million Wellness Center, expected to open in 2016. Governor Deval L. Patrick and other dignitaries will join President Barry M. Maloney and other Worcester State University officials, as well as legislators and student athletes, to celebrate what the newest “green” facility will offer students during the campus’s two-day Sustainability and Food Fair.

The 101,000 square-foot Wellness Center will replace a 1958 Gymnasium building that was built for a student body of 400. It will feature athletic space, three exercise rooms, a multipurpose gym and a competition gym, batting cages, instructional space, community space and a lounge, among other amenities.

Worcester State University celebrated the grand opening of the $60-milllion-dollar Sheehan Hall in September; the completion of the Wellness Center will cap a ten-year, $200 million building and renovation program that has transformed the look of the campus.

The Wellness Center was designed by ARC (Architectural Resources Cambridge) and is being constructed by W.T. Rich Company of Newton, with project management provided by the Massachusetts Division of Capital Asset Management and Maintenance.  Financing was authorized for the project via the Higher Education Bond Bill of 2008, backed by the Legislature and Governor, which funded a comprehensive building program on the state’s 29 public higher education campuses. The Wellness Center will be built to at least an LEED silver environmental standard, a policy initiated by the Patrick Administration in 2007 through the Leading by Example Program.

Time-lapse video of the demolition: 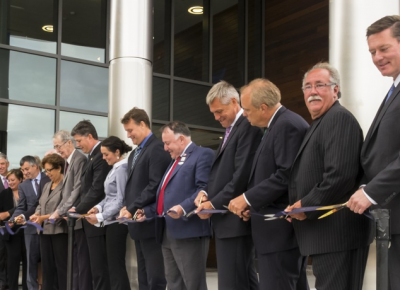 About 150 Worcester State University students, officials and community members celebrated the official opening of the campus’s 150,000 square-foot Sheehan Hall, which houses 400 students and . . .