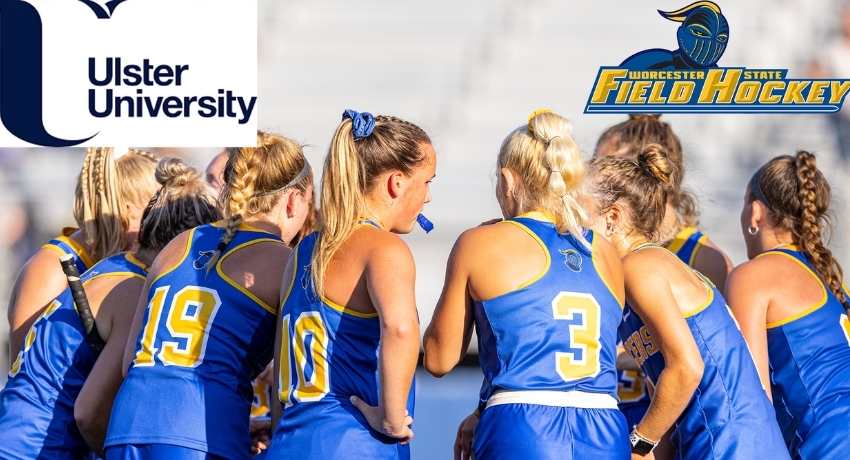 After the unexpected pandemic complication, Worcester State University will host Northern Ireland’s Ulster University Elks Women’s Field Hockey club in finally making their long-awaited trip to Worcester. Ulster has secured £10,000/$12,139 from global healthcare company Randox Laboratories Ltd, the primary sponsor of student sport at Ulster University, to support their travel and accommodation and allow the club to compete with some of the best women’s university hockey teams in America.

While traveling in New England, the Ulster Field Hockey Team will be residing on the Worcester State campus for the 11-day trip that will see them arriving on Aug. 16 and departing on Aug. 26. Ulster has a full slate of events scheduled ranging from banquets, to clinics and ultimately matches against some of the top teams in the area.

The Ulster Field Hockey Club will travel with 22 players who will play in a series of matches against university teams from Boston University, Brown, Harvard, University of Connecticut, and Worcester State while on their visit. During the hockey tour in and around New England, the Ulster University Elks will also undertake a coaching clinic on John F. Coughlin Memorial Field at Worcester State and will attend a reception for Boston dignitaries, business supporters and Ulster Alumni to celebrate the 60th anniversary of the Elks Hockey Club.

“Our relationship [Ulster University] started as an academic exchange in 2017 with our STEM faculty. This visit solidifies another avenue of our emerging relationship,” stated Barry M. Maloney, president of Worcester State University. “We are honored to welcome this cultural exchange through intercollegiate women’s field hockey to our campus and hope it is the first of many teams from Ulster University that will visit us. I am appreciative to our local partner – the Guild of St. Agnes, for hosting Ulster University’s opening reception on our campus.”

This tour was initially planned for the summer of 2020, but as a result of public health restrictions, was delayed until this summer. “We are so excited to finally welcome our good friends from the Ulster Field Hockey Club to Worcester where we can give them some good New England hospitality!  We have worked collaboratively with the Ulster administration over the past three years in order to provide their organization an experience which we feel will be very rewarding to the group both on and off the field” says Michael Mudd, Worcester State Athletic Director.  “It is satisfying to see the planning finally come to fruition.” The trip is now taken in part to honor the Elk’s Club while also deepening the relationship between Ulster, the global community and Worcester.

“It is wonderful to see the world open again to our students and players” says Dr. Nigel Dobson, Head of Sports Services at Ulster University. “The team have undertaken many fundraising activities over the past year, and we are very grateful to Randox for their generous sponsorship that means this once in a lifetime trip can now happen. It is particularly exciting that this tour is happening in the Elk’s 60th Anniversary year, and I think bodes well for the future of this talented and dedicated Ulster University sports club.”

Dr. Peter FitzGerald, founder and managing director of Randox Laboratories commented, “As opportunities for safe travel return to us all, Randox is delighted to be able to support the Ulster University Elks Women’s Hockey Team on their upcoming tour to the USA which will be an exceptional personal and sporting development experience for all involved. This tour will showcase the sporting and academic talent coming out of Northern Ireland and demonstrate our ability to compete with top universities in America.  As the primary sponsor of student sport at Ulster University, we are proud to help support the building of strong relationships with the five USA universities also involved in the tour.”

Ulster will take the pitch against Worcester State Field Hockey on August 23 for a friendly at 4pm to wrap up their slate of games, in a unique home scrimmage for the Lancer squad. “We are very excited to host the Ulster University team this August, and hope they love the City of Worcester as much as we do,” notes Worcester State Field Hockey Coach Hayley Sutherland. “They will be facing off against some great New England programs during their time in the States and WSUFH is thankful to be included. I know the players are looking forward to the opportunity to hit the pitch with some international talent.”

While the NCAA allows for international travel for teams every four years, this unique experience will allow the team to get a taste of the international competition while also maintaining home field advantage and fresh legs for the season.

Game action can be followed at wsulancer.com. 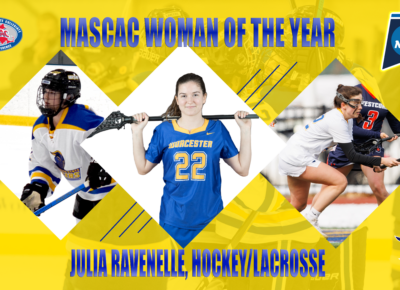 Julia Ravenelle '22 nominated as 2022 NCAA Women of the Year