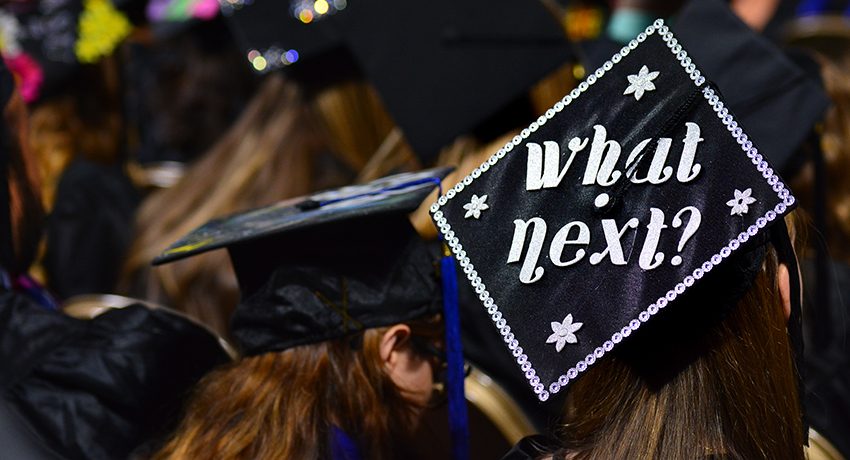 After receiving their diplomas in May, the newest alumni from Worcester State University stepped off the DCU Center stage to move on to the next one: life after graduation. And a few of them were off to a running start.

Amanda Priest, a 2017 double major in education and psychology, is a Teach for America (TFA) corps member and just began her position as a sixth grade special education teacher at UP Academy, a charter school in Dorchester, Mass. The program is a two-year commitment and also provides support for corps members to pursue their master’s degrees in education.

“I’ve been training with [Teach for America] since June, and as soon as that ended, I moved to Dorchester to start training at the school for a month, and school just started,” she said. “It’s been a little crazy.”

Priest was drawn to the program due to her interest in social justice and working with low-income students. “A lot of TFA corps members get recruited, but I actually researched the program and applied by myself,” she said.

Priest credits Worcester State’s education program as part of her success. “Worcester State is one of the only schools I looked into when applying to colleges because it’s one of the few that allow education majors to start fieldwork freshman year,” she said. “Most schools don’t have their students start until their junior or senior years.” As Massachusetts requires 150 hours of fieldwork in order to obtain a teaching license, she explained, having a head start in the classroom is a great advantage.

She also praised the Presidential Student Ambassador program, where she “learned about the value of leadership” and became more comfortable with networking and engaging with different people.

Her favorite part of the new job? “I love being able to work closely with these kids; our school emphasizes strong, personal relationships and family communication,” she said. “I had hour-long conversations with the students’ families before they even set foot in my classroom. As a teacher, I also feel responsible for their personal growth, so working in partnership with the students’ families is enjoyable and awesome.”

Shannen Curtin, a 2017 nursing graduate from WSU, has made her way from the halls of the Ghosh Science and Technology Center to the Thoracic and Trauma Progressive Care Unit at the Mayo Clinic in Rochester, Minn. She applied to her position at the Mayo Clinic after attending a number of nursing conferences during her senior year, including one held by the Association of periOperative Registered Nurses (AORN).

“I went to a conference called the AORN conference for surgical nursing as a senior at Worcester State, and there were a lot of recruiters from hospitals there—including the Mayo Clinic,” Curtin said. “So, I gave them my resume, hoping I would get a position, and as it happened, I won a swag bag from the conference and I was able to talk more with the Mayo Clinic recruiters about the status of my applications and the positions available at the hospital.”

After a video conference interview and a visit to the Rochester campus, Curtin landed the position.

“This all happened the week before finals and graduation,” she added, “so it was a lot at once.”

Curtin chose the thoracic care unit because she loved working in fast-paced environments and wanted to have a valuable learning experience. She praised Worcester State’s nursing program for its intensity and competition, which helped her to “stay at the top of my game.”

“I’m currently being trained [at the Mayo Clinic] on things I’ve already learned at Worcester State,” she said, “which is a real advantage, to be a new grad and already know how to do stuff.”

Though the work may be intense, for Curtin it is a dream come true.

“People say nursing is a calling, and I definitely think that’s true. My family and I have said that it’s hard to imagine me doing anything else,” she said. “Whether it’s pain management or even something small, being compassionate to patients in this high anxiety environment and exercising my knowledge with confidence is what I love to do.”

For Andrew Ngo, a 2017 double major in business administration and economics, his path to his current position as a business situation analyst at State Street Bank was not quite as clear cut.

“I was originally a chemistry major because my parents wanted me to become a pharmacist, but I was actually drawn to business and finance, much like my father,” he said. “Studying abroad also really got me interested in the global economy and how it worked, and I ended up getting a global studies concentration with my degree.”

Ngo started at State Street in the form of an internship during his last year at Worcester State, and the bank offered him position when it ended. Ngo was hesitant about the offer, until he talked to State Street Bank’s upper management about the kind of work he was interested in.

“One thing I really like about my job is that I’m not working on the same thing every day,” he said. “I’m constantly working on different projects and learning different things, seeing different aspects of the business.”

“I think I was really lucky in landing this position because otherwise I would have been doing a regular, boring entry-level job if I had gone somewhere else,” Ngo said.

All three alumni agreed that the one of the most memorable aspects of their time at Worcester State was the faculty and staff.

“The people, whether they were administrative staff or faculty, were all ready and willing to help you grow, learn, and have a great experience,” said Ngo.

Priest agreed. “The faculty of the education department are amazing. I learned a lot from them.”

Curtin offered her own memorable anecdote.

“One specific experience that stayed with me was working with Dr. Barbara Giguere of the Nursing Department during a clinical, and she had a patient that was not doing too hot and going into shock,” she recalled.

“We were doing all the things we were supposed to be doing, and although she wasn’t my patient, I helped out by setting up her bed, combing her hair, making her comfortable,” Curtin said. “As I was doing that, Dr. Giguere, looked directly at me and said, ‘Shannen, this is nursing.’ That really stuck with me, because she was right. Nursing is about the small things, and that comment really reminded me why I love my job.” 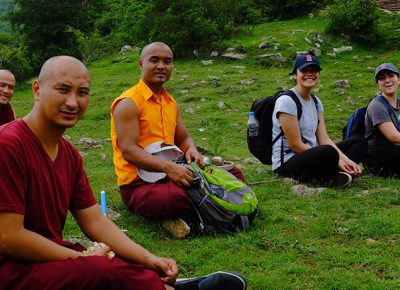 Assistant Professor of English Cleve Wiese took a small group of Worcester State University students and alumni to India to hone their communication skills as well as introduce them to the . . .