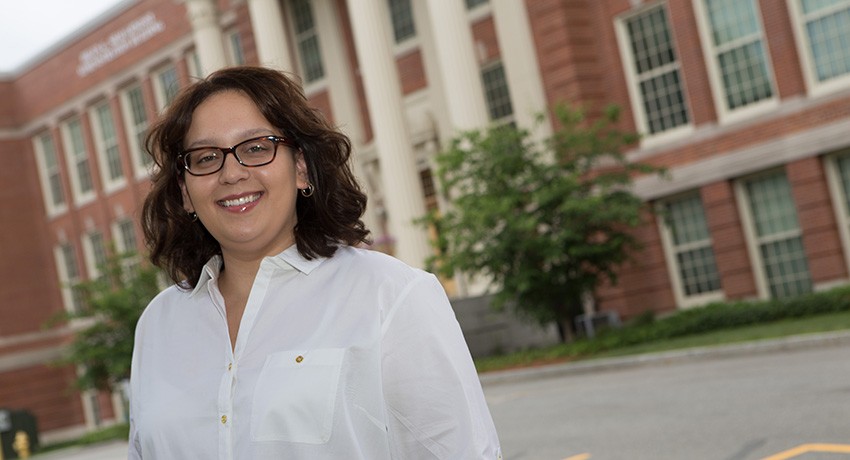 Worcester State University’s Abigail Chmielecki of North Andover is one of 29 outstanding 2012 public college and university graduates who will receive a 29 Who Shine award at a State House ceremony on Thursday, May 10. These awards honor 29 outstanding students, one from each community college, state university, and UMass campus in the state, for their academic achievement and community service. Governor Deval Patrick, state education officials, campus presidents, faculty, and students will attend.

Chmielecki, a member of the Commonwealth Honors Program at WSU, is a history major with a minor in Spanish and has a GPA of 3.68. She has served as a member of the WSU Board of Trustees for two terms, which included service on the Presidential Search Committee and participation in State House Day. She has also attended statewide Commonwealth Honors Council meetings, representing WSU at the state level.

For her senior showcase honors project, Chmielecki conducted extensive research at the American Antiquarian Society on the history and significance of the wedding dress. She was selected to present her research this April at the North East Regional Honors Conference in Baltimore, Maryland.

In addition, Chmielecki was a member of the WSU Student Senate for two years. Her volunteer activities included working in a soup kitchen, organizing care package drives for troops overseas, and collecting shoes for “Soles 4 Souls.”

About midway during her career at WSU, Chmielecki’s father passed away after a long, debilitating illness. Nevertheless, she retained a positive attitude and never let her commitment to academics waiver. Her adviser, Interim Dean of the School of Humanities and Social Sciences Lisa Krissoff Boehm, Ph.D., (formerly Director of the Commonwealth Honors Program) said, “I have never witnessed someone so strong and so determined.  I am proud to have advised her as she was a devoted member of the Honors Program and as she took Urban Studies courses with me and decided to apply to law school and was ultimately admitted.  The sky is the limit for this student, and it is an honor to have been part of her journey.”

Chmielecki has been accepted at Suffolk Law School for fall 2012. She plans a career in public service, working for the Commonwealth of Massachusetts or in the non-profit sector. She will graduate from WSU on Saturday May, 12.

Professor Melvin Merken to be Honored at Scholarship Tea

Worcester State University will celebrate the legacy of Professor Emeritus Melvin Merken, Ed.D., who retired in 2010 after 52 years of service, at the 18th Annual Scholarship Tea on Sunday, May 6 . . .