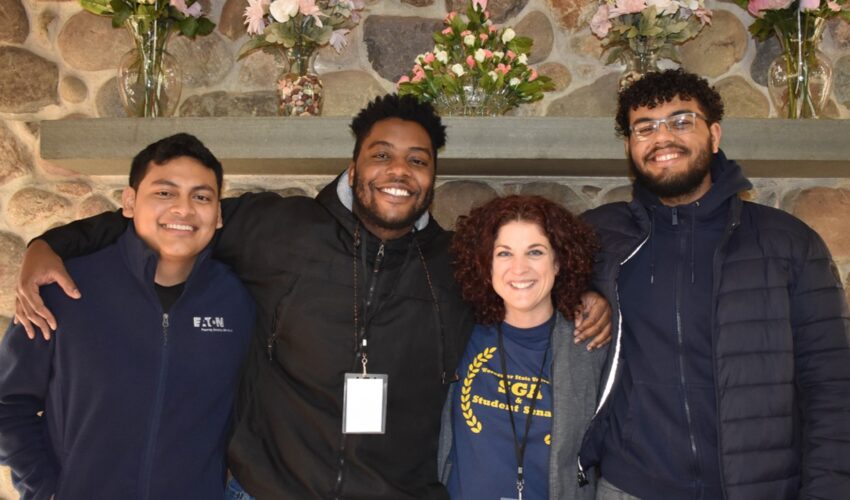 Kristie McNamara, director of the Office of Student Involvement and Leadership Development, has received the National Association for Campus Activities (NACA) Northeast’s highest honor, the Donald L. McCullough Award. The award is given to an individual who has contributed significantly to NACA Northeast and the field of student activities. McNamara was honored in an awards ceremony Oct. 29 at the regional NACA Conference in Hartford, Conn. 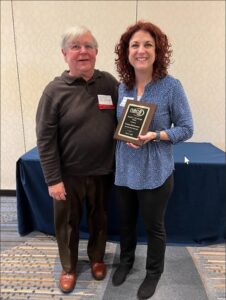 Kristie McNamara at the awards ceremony with Tim Sullivan

McNamara was nominated by students, alumni, a major vendor, and multiple colleagues. “I was pretty stunned,” she said. “To see that I’ve personally made an impact not just on the staff I work with but the students was a great surprise.”

Students often go to McNamara to ask for advice figuring out a career path to explore, to ask for advice when facing a challenge or conflict, or simply to spend time catching up. She works with students to help them solve problems and develop life skills. Her philosophy is to be an advocate for students as well as someone that students can go to with any issue they have, academic or personal.

“I have always admired Kristie’s ability and skill in working with students,” said Sarah Potrikus, assistant director of the Office of Student Involvement and Leadership Development, who has worked with McNamara for nine years and was one of the multiple colleagues who nominated her for the award. “She is at the same time both fun and firm, skillfully balancing between being a student’s friend and being their mentor. This is a relationship that can be hard for many to navigate, and she does it with a grace and ease that I respect.”

McNamara has been at Worcester State since 2001. Tim Sullivan, former associate dean of Student Affairs and a recipient of the McCullough Award, was her supervisor for 16 years until his retirement in 2017. McNamara calls her win a testament to his supervision. “I learned almost everything from him,” she said. “I don’t think I’d be the professional I am if not for him.”

The award validates the work of the entire Office of Student Involvement and Leadership Development, McNamara said. People sometimes don’t realize everything the office does, from planning events to providing leadership planning for the whole campus. “I couldn’t do what I do without the great staff I have,” she said. “Everyone in our office goes above and beyond.”

This dedication was put to the test during the height of the COVID-19 pandemic, when most students weren’t on campus. McNamara’s office had to pivot quickly to producing online activities and training. When on-campus classes resumed in fall 2021, the office worked closely with students to rebuild in-person programming, running retention meetings for student organizations and training new student leaders.

“We’ve all had to pitch in more and be more one on one and direct with students,” McNamara said. Humor has also helped McNamara and her staff get through challenging times. Colleagues and visitors to the Administration building often hear McNamara laughing before they see her. With characteristic humility, McNamara said, “If nothing else, I can bring humor.” 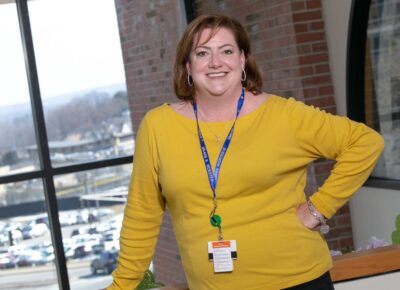