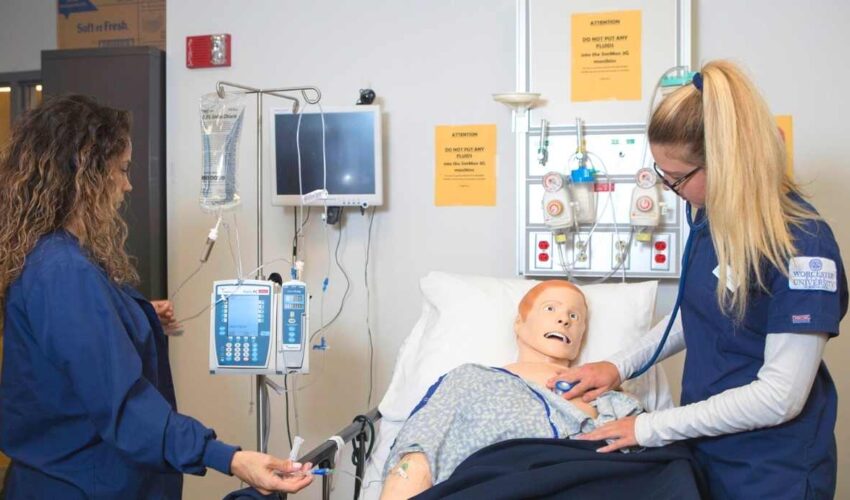 RegisteredNursing.org, a nursing advocacy program, has released its 2023 list of best nursing programs in the Commonwealth and has ranked Worcester State’s Lillian R. Goodman Department of Nursing in the School of Science, Technology and Health #1 for its RN program. Worcester State’s program is the only state university on the top 10 list and ranked above larger public, private and community colleges which made the list.

“This is not only exciting, but an honor to be named the top in our program in a state where the number of qualified registered nurses is on the decline. Our students and faculty work hard, and their efforts are being noticed,” said Dr. Sandra Martin, interim dean of the department.

According to their website, the methodology used includes program assessments on several factors such as how well a program supports students towards licensure and beyond, and analyzes of past and present first-time NCLEX-RN pass rates which were weighted by year. Worcester State’s pass rate was 100% for the last five years. A list of the full ranking can be found here.

Worcester State’s nursing program first opened its doors in 1974 to students who desired a career in nursing. Since that time, it has expanded its program offerings to include an array of graduate, post-graduate and online programs. In 2011 on National Nurses Day (May 6) and in commemoration of the 35 anniversary of the department’s inaugural grading class, the nursing department was renamed in honor of the nursing department’s founder and chair Dr. Lillian R. Goodman. Dr. Goodman also established an endowed fund that provides support for undergraduate nursing student research, faculty development and other creative endeavors. Widely respected for her visionary leadership in nursing education, Dr. Goodman served as chair from 1973 to 1991. 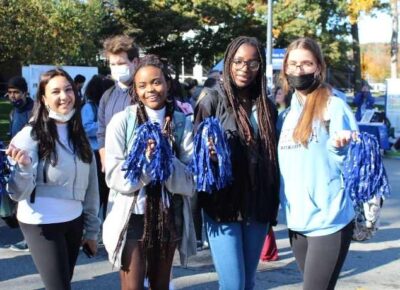 The university celebrated its first Unity Day with an historic student-led flag raising, guest speakers, and a host of festivities on October 11. Across campus, students, faculty, and staff gathered . . .