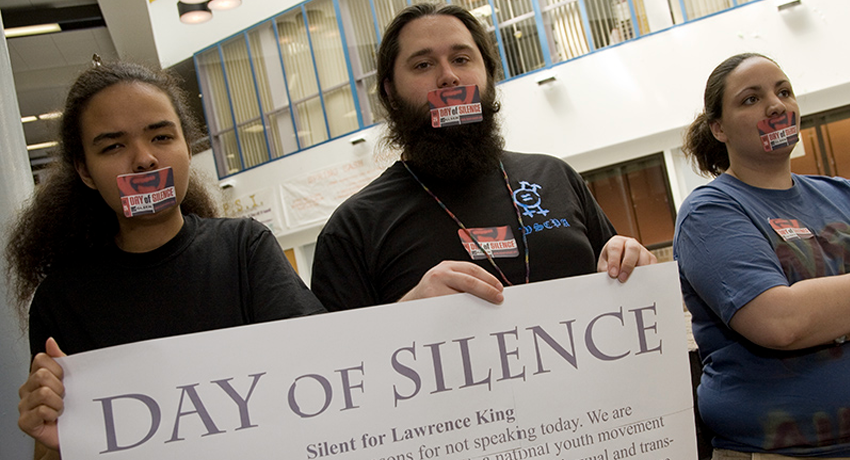 This year’s event was held in memory of Lawrence King, a California 8th-grader who was shot and killed February 12 by a classmate because of his sexual orientation and gender expression.

Hundreds of thousands of students came together on April 25 to encourage schools and classmates to address the problem of anti-LGBT behavior.